Tag along on $4 million Ferrari and Cobra barn find 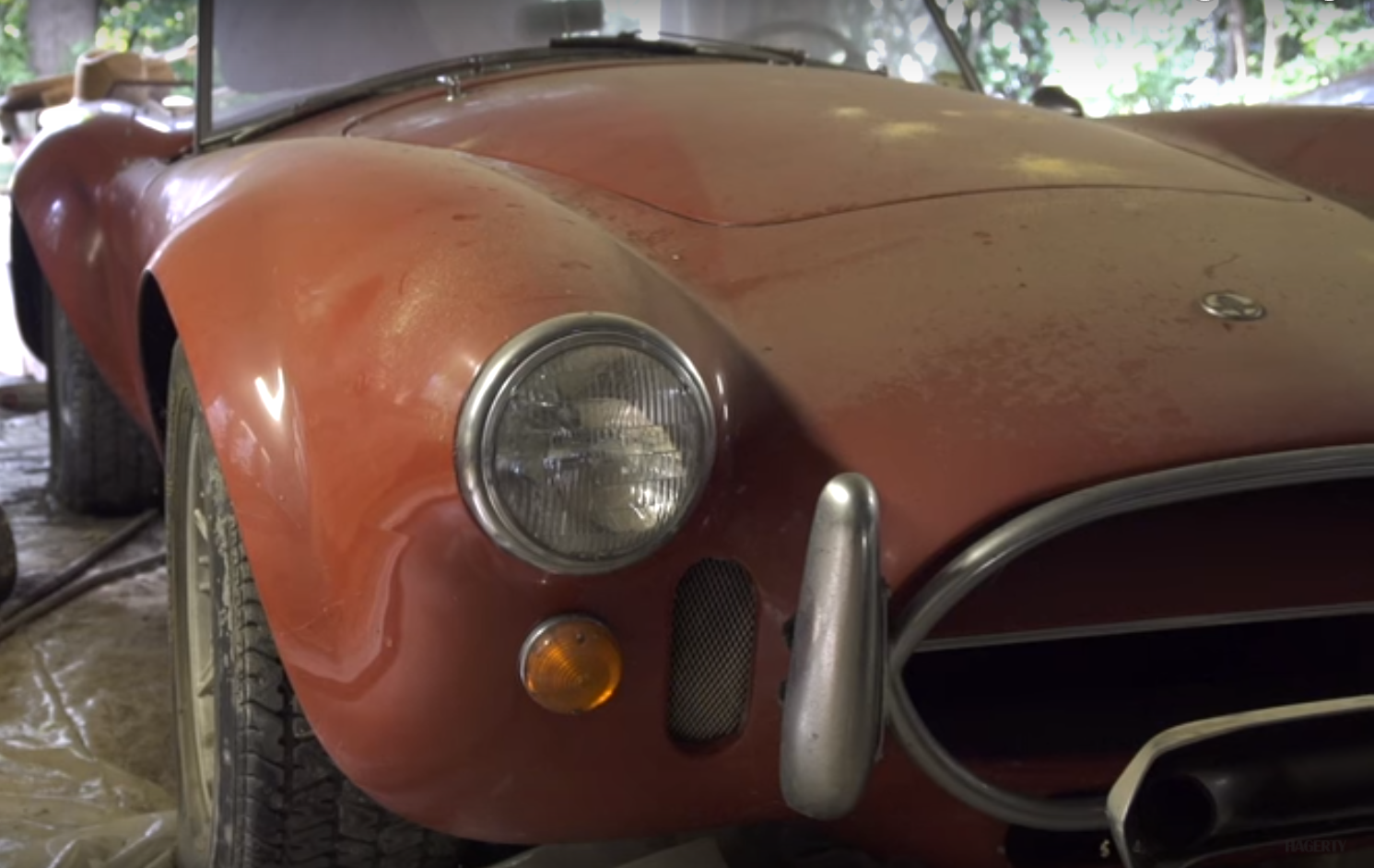 That’s the case with this $4 million barn find that Hagerty’s series “Barn Find Hunter” and its host Tom Cotter stumbled upon.

Sitting in a North Carolina suburb was a normal house and garage set for demolition. But, the owner was aware that some rather old cars still called the garage home. Upon Cotter’s arrival, he quickly realized these aren’t just some old cars. In fact, two of them were incredibly significant. The first is a 1967 Ferrari 275 GTB/2, one of only a handful built with an alloy body. The other is an all-original 1966 AC Shelby Cobracomplete with a 428-cubic-inch V-8 engine meant for street duty, plus a mouse nest in the trunk.

Other incredible cars flanked both highlights cars, such as a 1976 Triumph TR-6 and a 1978 Morgan 8. None of these cars have moved from the garage since at least 1991, and that fact shows on the cars’ odometers. The Ferrari? Just 13,205.2 miles on the odometer, and it’s surrounded by an untouched vinyl blue interior. The Cobra? 19,001 miles. This isn’t just an old garage. It’s a treasure chest with an estimated value of $4 million for the cars inside.

Cotter goes on to give viewers a lesson in Cobra lore. He tells us how to find each area where AC and Shelby inscribed serial numbers on the car to make sure the one you find is numbers matching.

How did these cars manage to sit here untouched for so long? As the story goes, the original owner had a dedicated mechanic who took care of the cars. After the mechanic passed away, the owner never found a replacement. The owner has left the cars in the care of a Warren Cramer, who introduces the cars to the “Barn Find Hunter” crew in the video above.

After almost three decades of just sitting there, these cars have only appreciated in value, though they could use a little TLC right now.

Question of the Day: Do you like the new Ferrari Purosangue?

Ferrari unveils the Purosangue, but is it an SUV? (video)