An almanac of automotive history 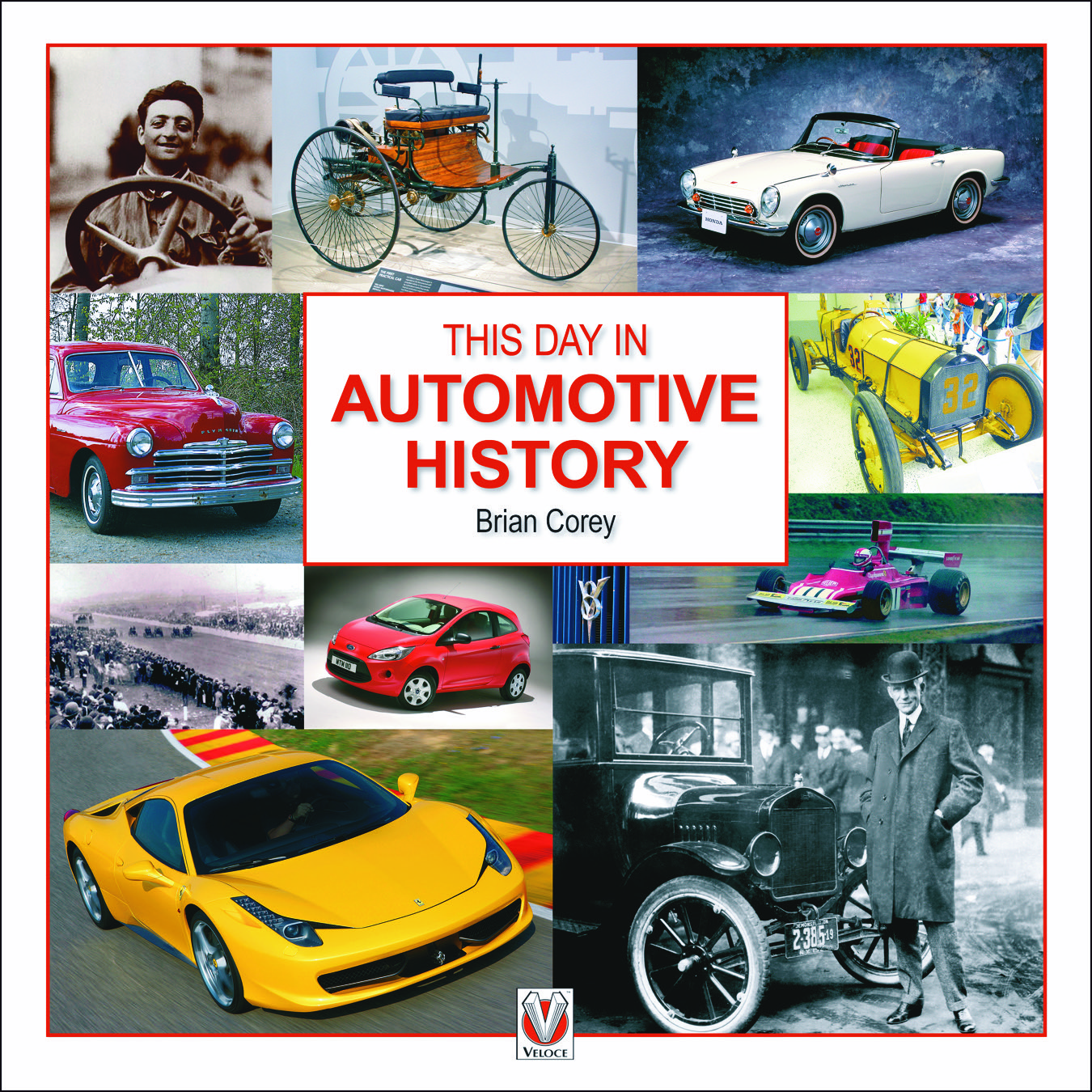 I know the above because (a) I can read a calendar and (b) I just received a copy of Brian Corey’s delightful new book, This Day in Automotive History.

For each date of the year, Corey shares a featured historical automotive event as well as a couple of “Also on this day” items.

In the featured Dukes section today, we learn that Bo and Luke Duke had a 1969 Dodge Charger called the “General Lee,” in which they frequently fled the pursuit of Sheriff Rosco P. Coltrane as they foiled the plots of “corrupt county commissioner Boss Hogg.”

But that’s not all. The Gen. Lee wasn’t the only automobile featured in the series. Corey also notes that Daisy Duke had her own 1974 Plymouth Road Runner in the show’s first season, but then got the keys to “Dixie,” a 1980 Jeep CJ-7, and that the Dukes’ Uncle Jess most often drove a 1973-88 Ford F-100 while Boss Hogg cruised around in a 1970 Cadillac DeVille convertible.

Included are two photos of a Dukes/General Lee display at the Volo Auto Museum.

The January 26 display is similar to those in the book for each day of the year: Delightful text and a couple of photos.

By the way, tomorrow — January 27 — marks the anniversary of the debut of the Shelby GT350 Ford Mustang, of the Chrysler and DeSoto Airflows in the 1930s and of the start of production of the Cord 810.

On January 28, 1896, the first speeding ticket was presented (in London). On that same date in 1911 the first Monte Carlo Rally was staged and in 1938, Rudolf Caracciola drove a Mercedes W125 Rekordwagen to a speed record of 268 mph.

The nice illustrated book includes two dates on each page.

While looking through those pages, I found my birthday, which is shared by Eddie Rickenbacker’s purchase of the Indianapolis Motor Speedway (1927), but also by the deaths of Nicola Romeo (1938), motorcycle designer Edward Turner (1973) and motorcycle sidecar racer Jock Taylor (1982).

While delightful, the book does present me with one problem: I’m going to have to re-arrange some things on my desk so I can have the book open for daily reference.