Last of the sinkhole Corvettes returns for fourth anniversary

It’s been nearly four years since a sinkhole beneath the Skydome opened and swallowed eight cars at the National Corvette Museum in Bowling Green, Kentucky. The last of the cars deemed repairable — a Tuxedo Black 1962 model — will be unveiled in its restored condition on the anniversary date, February 12.

The ’62 was the third of the cars removed from the hole, where a 5-ton concrete slab was resting against its nose.

The car has been undergoing repair and restoration for the last year at the museum’s in-house maintenance and preservation area under the direction of coordinator Daniel Decker and curator Derek Moore.

“What could have been a roadblock for the Museum turned into more of a speed bump as the natural occurrence garnered international media attention, and the casualties were luckily just inanimate objects,” the museum noted in its news release.

“Making lemonade of the situation, the Museum turned what could have been a disaster into a tourist attraction, offering visitors the chance to see the Corvette-swallowing sinkhole up close and in person, as well as all eight Corvettes in their damaged state.”

Once a repair plan was put in place, most of the cavern was filled in, the Skydome floor repaired and several of the cars were restored and displayed in a new exhibit that includes the “Corvette Cave In: The Skydome Sinkhole Experience,” an interactive gateway into the huge funnel-shaped room.

The ’62 that’s to be unveiled next month was donated to the museum in 2011 by David Donoho, who saved his money in high school to buy the car and who owned it for more than 50 years.

So obsessed was Donoho with the car that his friends called him “The Weather Man” because he’d drive the car home immediately whenever rain threatened.

On Monday, February 12, the restored car will be placed back in its pre-sinkhole display space, the museum said, with the unveiled scheduled for 9 a.m. (CDT).

The Mullin Automotive Museum in Oxnard, California, is expanding its “Citroen: The Man, The Marque, The Mystique” exhibit with the addition of a 1931 C4G, a 1975 CX2200 Berline and a 1971 SM Bonneville racer riding on a trailer equipped with Citroen hydropneumatics and towed by a custom SM pickup.

The exhibit, which now includes 46 historic and/or unique Citroens, is scheduled to run through the spring.

LeMay – America’s Car Museum in Tacoma, Washington, is doing a lowrider exhibit in its Route 66 display.

“As one of ACM’s rotating exhibits, Route 66 regularly undergoes change-outs and modifications to tell a variety of stories that define different aspects of America’s motoring heritage – this time giving a nod to lowriders that were heavily influenced by Southern California’s Chicano culture during the ’50s, when this then-new type of motoring hobby started. Past Route 66 themes include hot rods, station wagons, convertibles and more,” the museum said in its announcement.

Featured in the Route 66 display are 11 lowriders on loan from members of the Lows Traviesos Lowriders Club of Washington, a couple of lowrider-style bicycles, a pedal car and a stroller, as well as various works of art. 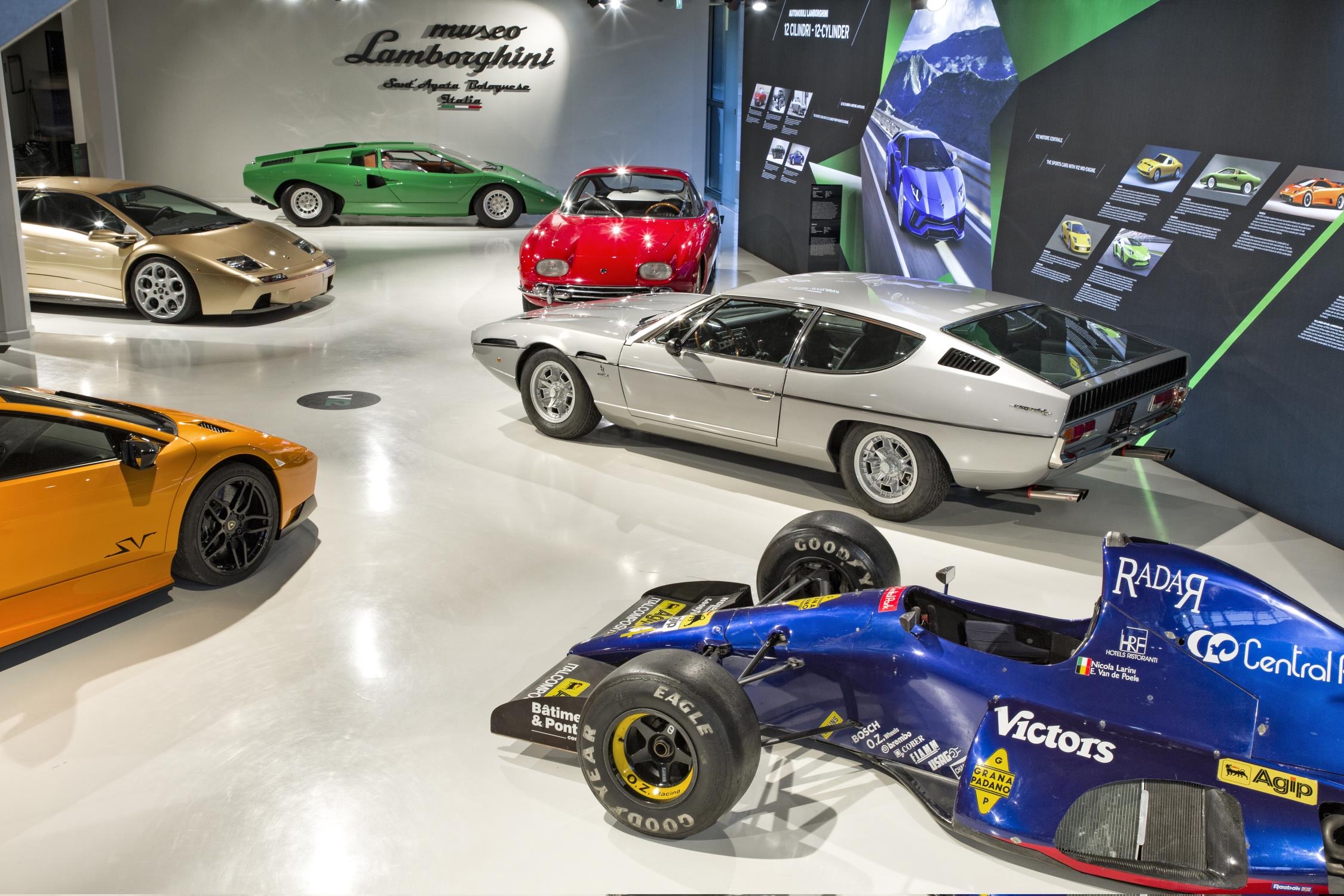 The Lamborghini Museum in Sant’Agatha Bolognese reports an attendance record for 2017, exceeding 100,000 visitors for the first time.

Not only was the attendance the most in the museum’s history, but more than a third of visitors were women, and there was a “significant” increase in visitors aged 18 or younger, the museum noted.

During 2017, the museum featured an exhibition honoring the late racer Ayrton Senna. It currently features vehicles showcasing the “entire history” of the brand, and soon will announce a new exhibition.

From January 27 through February 4, the Simeone Foundation Automotive Museum will display eight cars at the annual Philadelphia Auto Show. This will be the 10th consecutive year that the museum will showcase part of its collection at the new-car show. Also, through Sunday, the AACA Museum will participate in the Pennsylvania Auto Show in Harrisburg.

The National Packard Museum in Warren, Ohio, will present a panel discussion on “The Evolution of the Motorcycle Engine” as part of its “Coffee & Donuts” lecture series on Saturday. The presentation is part of the museum’s 18th annual antique motorcycle exhibit that runs through May 20.

“Can Am Racing: 50th Anniversary” will be the subject of the Gilmore Car Museum’s Lecture Series presentation by author George Levy, scheduled for 3 p.m. Sunday in Hickory Corners, Michigan.