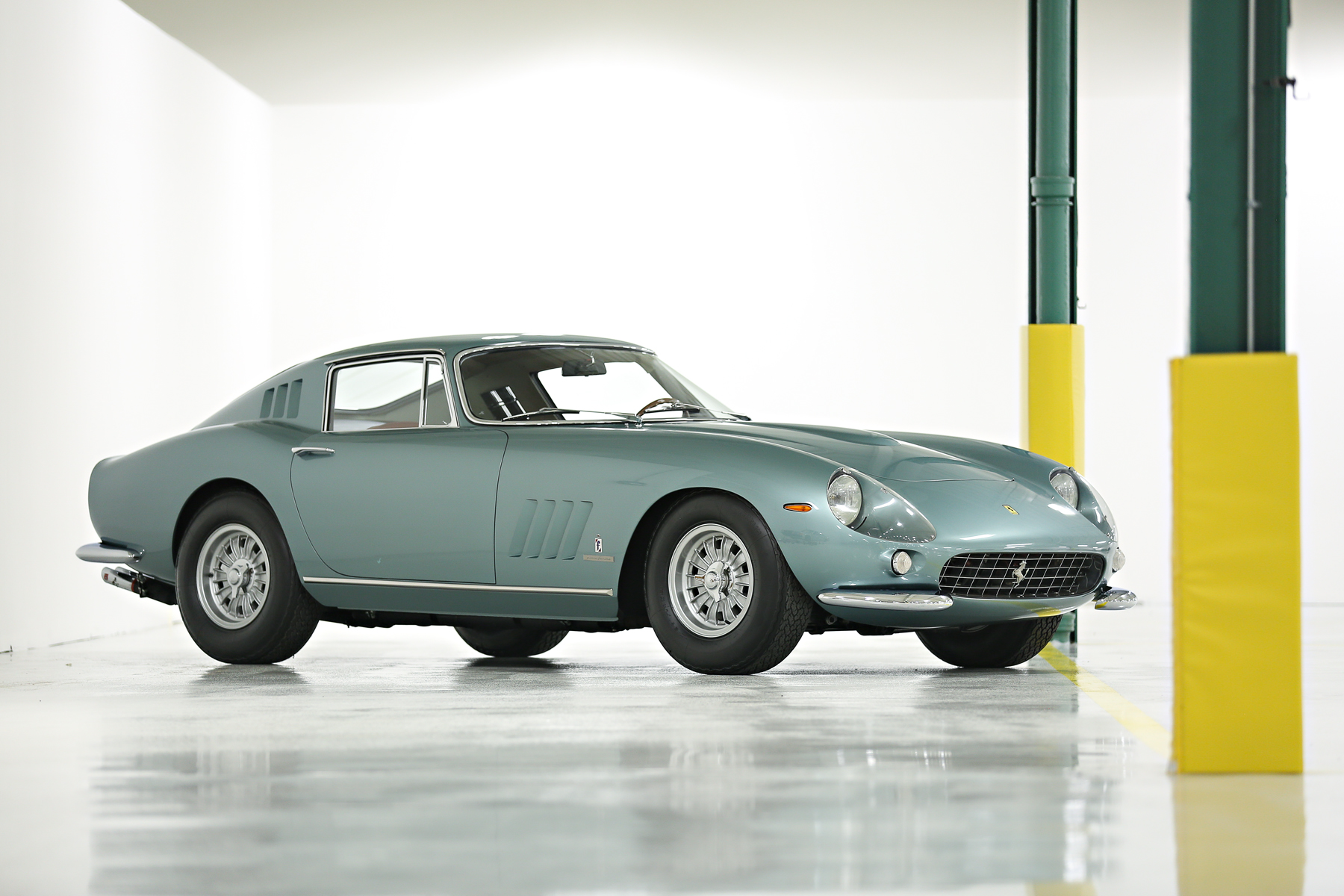 As Arizona Auction Week comes to a close, ClassicCars.com analysts studied data from half a dozen major sales and found mixed results, with top-flight European classics failing to hit estimates while muscle cars and entry-level collector cars continued to climb to new highs – all while huge crowds attended Auction Week as a testimony to the current economy.

ClassicCars.com’s team of experts covered all the auctions gavel-to-gavel, analyzing the results and market trends and using them to project a 12-month collector car market forecast. On the high-end European side of the market, several vehicles expected to approach or break records – a pair of rare Jaguar D-Types and Adolf Hitler’s 1939 Mercedes-Benz 770K Grosser Offener Tourenwagen – all failed to meet reserve. However, the marque from Maranello continues to post strong numbers, as the top sale of the week was a 1965 Ferrari 275 GTB Speciale Coupe that sold for just over $8 Million and a 1991 Ferrari F40 sold for $1.5 Million.

“Over the past 18 months, we saw the market flatten out and grow stale on entry and mid-level collector cars,” explained ClassicCars.com’s East Coast Editor and Analyst Andy Reid. “Models like the Jaguar E-Type, BMW Z8, and Mercedes-Benz 190 SL stalled –likely due to a simple market correction. The rush on the car market ended, leaving only savvy investors and true enthusiasts bidding. This week, mid and entry-level cars began to pick back up, now reaching reserve much more often than in the past year. What is new is the number of no-sale cars at the top of the market. We may now be seeing the beginning of a correction for multi-million-dollar cars, possibly due to the fact that many who wanted those cars already have them, and those who are still looking are reluctant to pay the premium required to do so.”

The following is a quick recap from this week’s auctions in Scottsdale:

Barrett-Jackson
The anchor of Arizona Auction Week as well as the largest and most well attended of the auctions, Barrett-Jackson benefitted from huge attendance numbers along with a variety of interesting cars on the block – including several seven-figure vehicle as part of its Salon Collection, and the usual array of exhibitors and vendors. The spotlight here comes with its benefit auctions though, as Ford Motor Company decided the venue would be the ideal location for the sale of its very first 2019 Bullitt Mustang (just days after the vehicle debuted at the Detroit Auto Show), which sold for an incredible $300,000 benefitting Boys Republic. Barrett-Jackson also saw the first public auction sale of the 2017 Ford GT, donated by Ron Pratte and fetching an astounding $2.55 million for Autism related charities. Finally, former president George W. Bush appeared on stage along with Jay Leno to help auction a 2018 Carbon Fiber Edition Corvette, which sold for $1.4 million to benefit the George W. Bush Presidential Center’s Military Service Initiative.

Bonhams
Offering one of the most exceptional 1958 Porsche 550A Spyders in existence, Bonhams was poised for a strong sale. Following intense bidding, the rare Porsche ultimately brought $5,170,000, right in the middle of its pre-sale estimate of $4.5 million to $5.5 million, a rare highlight in the week’s tough market for cars over $5 million. A near-perfect 1991 Ferrari F40 sold for just over $1.5 million, well above market average even for a car of its quality, while a 1957 Mercedes-Benz 300 SL Roadster sold for the same price – also beating market averages for similar quality cars. The two mid-level collector cars performed well given the models occasional struggle over the past year. By our count, Bonhams had an 86 percent sell-through rate – though post sales could change that number. It seems entry and mid-level buyers and sellers may finally be coming to terms with new market prices as expectations on both sides are beginning to align.

Gooding and Company
Gooding & Company finished its two-day sale some $16 million ahead of its 2017 Arizona sale. Not only did it post the high-sale of the week, but a 1931 Bugatti Type 55 roadster sold for $4.07 million and a 1967 Ferrari 330 GTS brought $2.53 million. Gooding secured the week’s single-biggest sale, netting just over $8 million for a 1965 Ferrari 275 GTB Speciale – a one-off car built for Batista Pininfarina himself. Though it is an impressive number the car barely squeaked past its low estimate of $8 million. Bringing a 1956 D-Type of its own to the block, Gooding’s results mirrored those of RM Sotheby’s, as a high bid of $8,850,000 fell well below the pre-sale estimate of $10 million to $12 million. Both Gooding and RM saw similar results with 18 and 17 no-sales respectively, revealing a consistent market for the six-figure cars that two houses typically bring to market.

RM Sotheby’s
After a par-for-the-course auction 12 months ago, RM hoped to begin the new year with significant results.  The show’s headliner, a 1954 Jaguar D-Type, failed to sell despite a high bid of $9.8 million—well short of its pre-sale estimate of $12 to $15 million. However, the 1948 Tucker 48 personally owned by Preston Tucker netted $1,792,500, exceeding its estimate by $300,000.  That sale attests to the vehicle’s unique provenance.  Also highlighting the RM Sotheby’s event was the $2.9 million sale of an exceptional Shelby Cobra—a 1966 427 S/C.  That final price exceeded its pre-sale estimate by $500,000.  From a big-picture perspective, RM lots predominantly fell neatly within estimates – something we haven’t seen much of in the last decade. Of the nine vehicles that broke the seven figure mark at this sale, four were Ferraris.

World Wide Auctioneers
One of the smaller events, World Wide Auctioneers tried valiantly to compete with its more established counterparts. Unfortunately, its top six cars all failed to sell, including the 1939 Mercedes-Benz 770K Grosser Offener Tourenwagen used as a parade car by Hitler. It wasn’t all disappointment though, as entry-level collector cars and trucks netted strong results at this sale

Compared with 2017, the week generated improved results for the middle- and bottom-of-the-market, while the highest-priced vehicles crossing the block netted inconsistent results.  Sell-through rates and average selling prices have remained steady compared with 2017 results, with no-sales shifting from the bottom of the market to the top. While it’s too early to predict exactly what the auction year has in store, collectors should be cautiously optimistic, based on this week’s results from Scottsdale.