Bonhams, which stages its sale today (Thursday), offers the best of the best of classic motorcycles and auctions them in a very British and nicely paced environment that displays each bike as a piece of rolling sculpture.

This year Bonhams brings yet another great selection of motorcycles, with everything from entry-level classics to the top-tier motorcycles and allows them to cater to every level of the hobby.

My picks from the Bonhams sale are a mix of the old and the newer.

This is the first Arrow I have ever seen in person and I love the 1950s futuristic styling. I am a fan of the Ariel brand; there are few more affordable classic British brands out there. Riding a bike like this Ariel is bound to be a conversation starter and this fun little 250cc 2-stroke twin is likely to gather more attention than my fully restored Norton Commando. 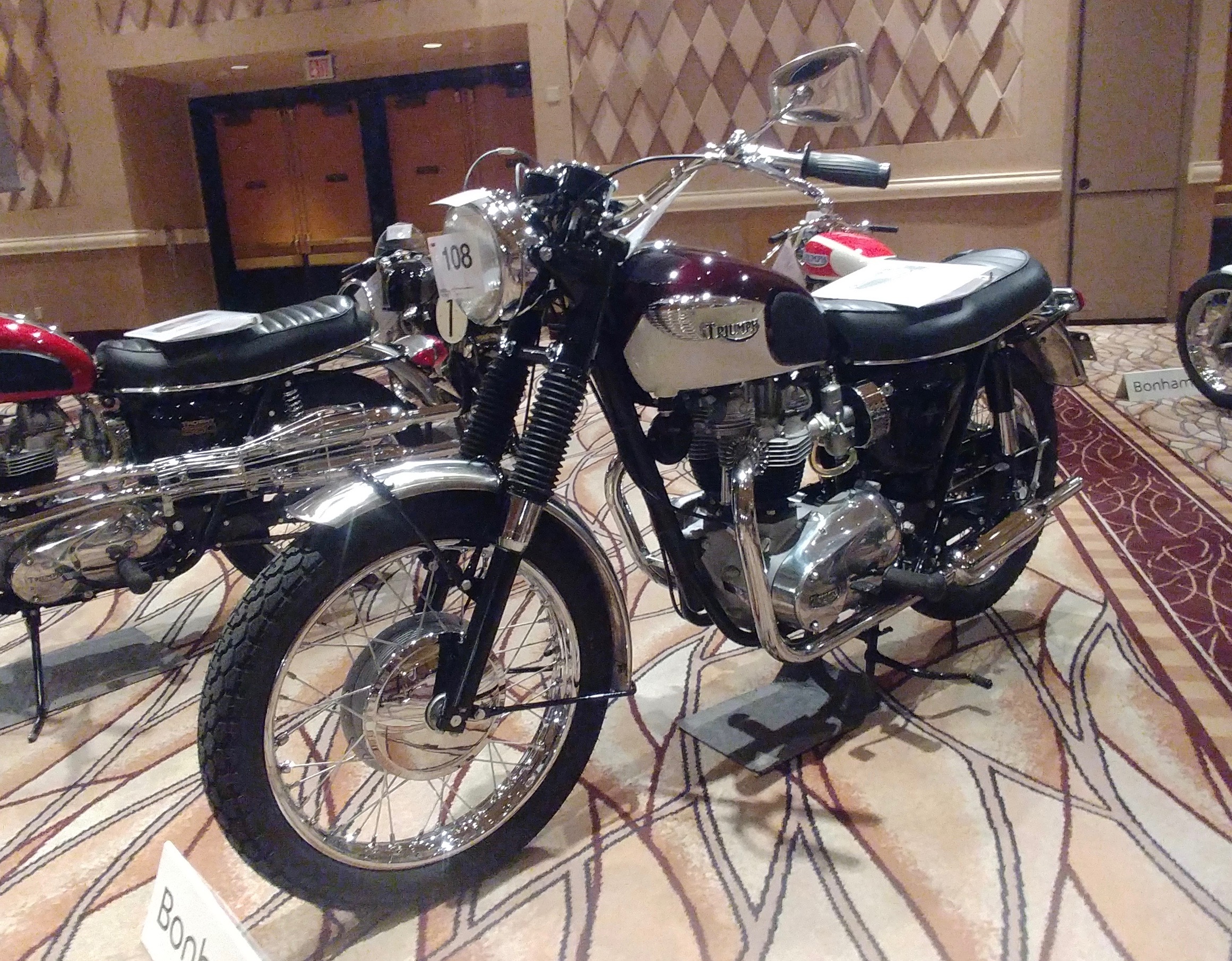 This well restored Bonneville in this fantastic purple and white color scheme is just about the perfect incarnation of how a great British motorcycle should look. These bikes are the Jaguar E-type of the motorcycle world. The first British motorcycle I ever fell in love with was a 1967 Bonnie. 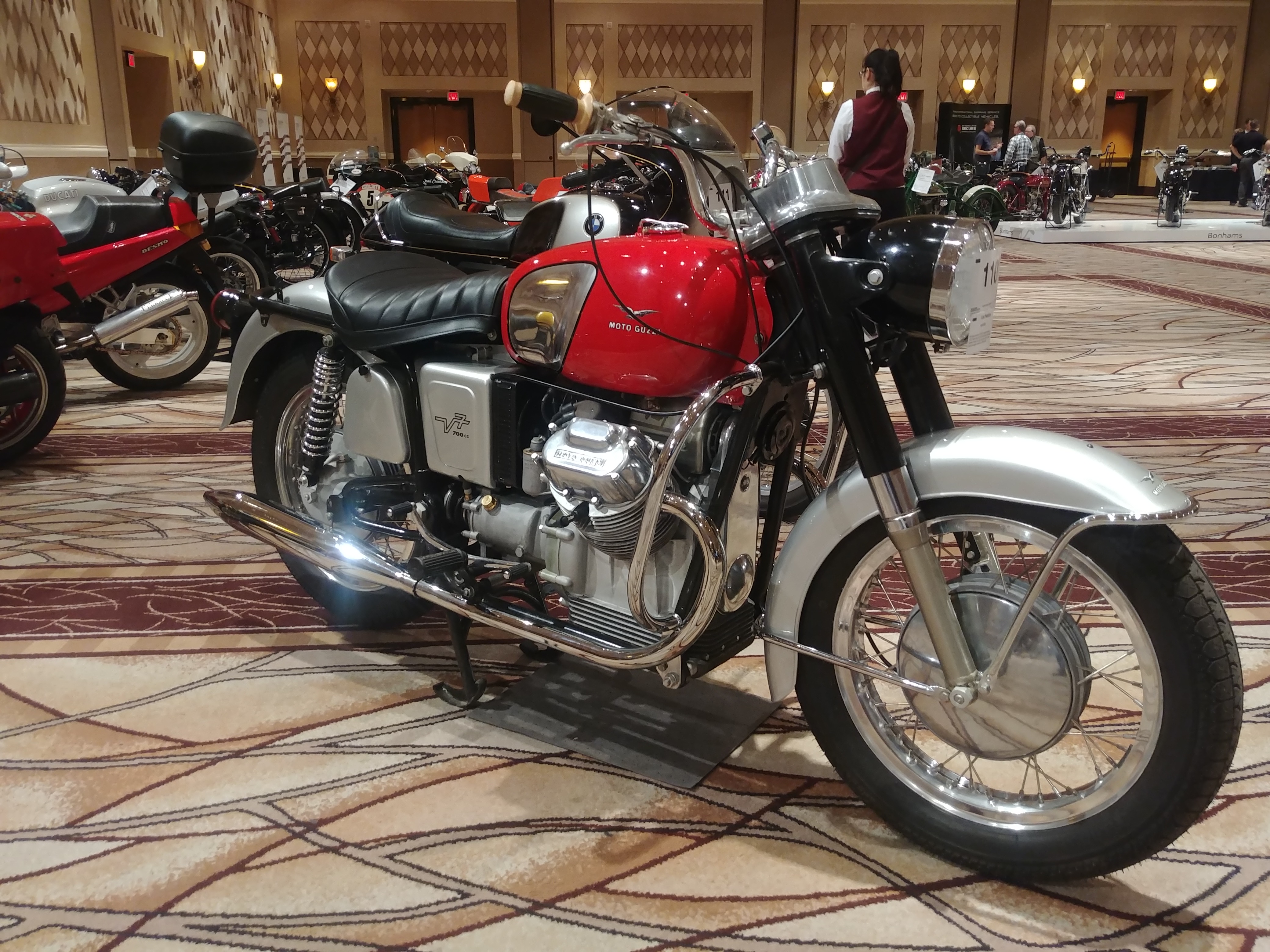 This is possibly the nicest restored V7 Guzzi I have seen. The red paint with the chrome accents on the tank encompass that classic 1960s and ’70s Guzzi look. When you combine these classic looks with how nice these Guzzis are to ride you come up with one of the nicest and easiest to own Italian motorcycles ever built. 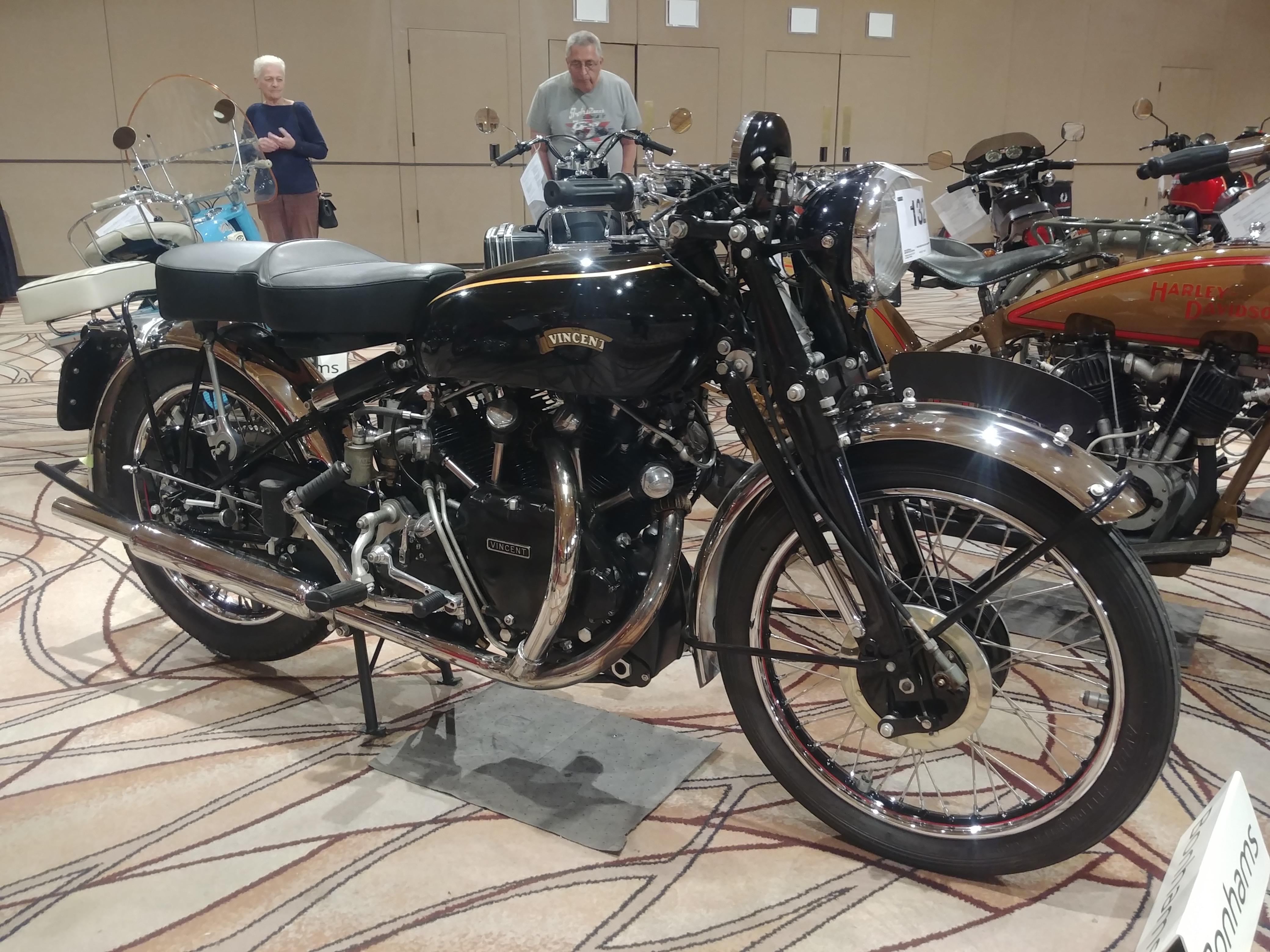 Of the many Vincents offered by Bonhams this year, this Black Shadow is the one I lust after the most. There is just something about these bikes that will eventually cause me to buy them. The technology of the Shadow scares me a little, but the Black Shadow has got to be one of the world’s greatest designs. I think of these as an Aston Martin DB in motorcycle form. 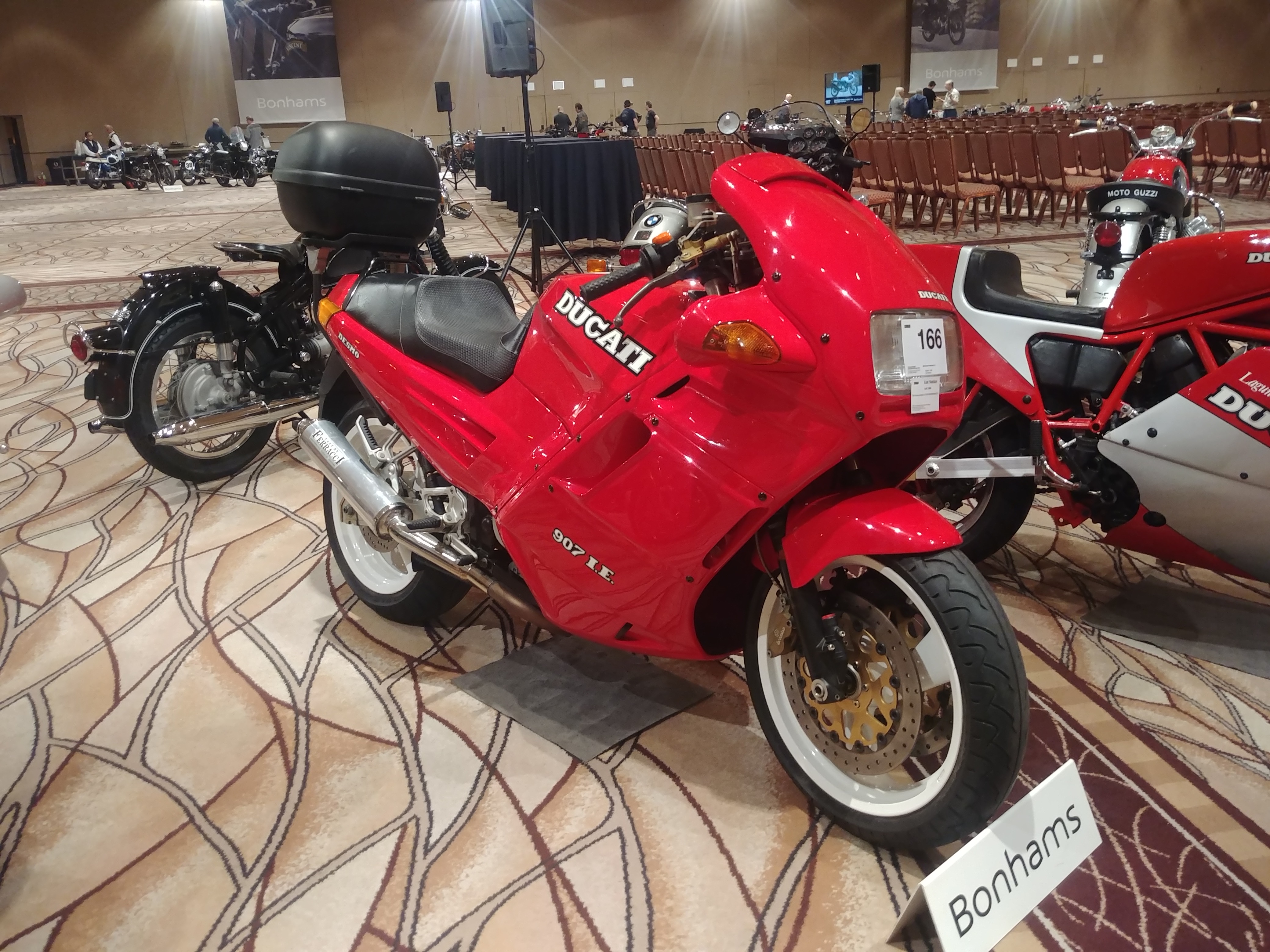 I still remember seeing a Paso for the first time when I was in college and I was blown away by the styling. These final fuel-injected models are the best they built. That fact that in many ways they represent a Bimota on a budget just makes them better. 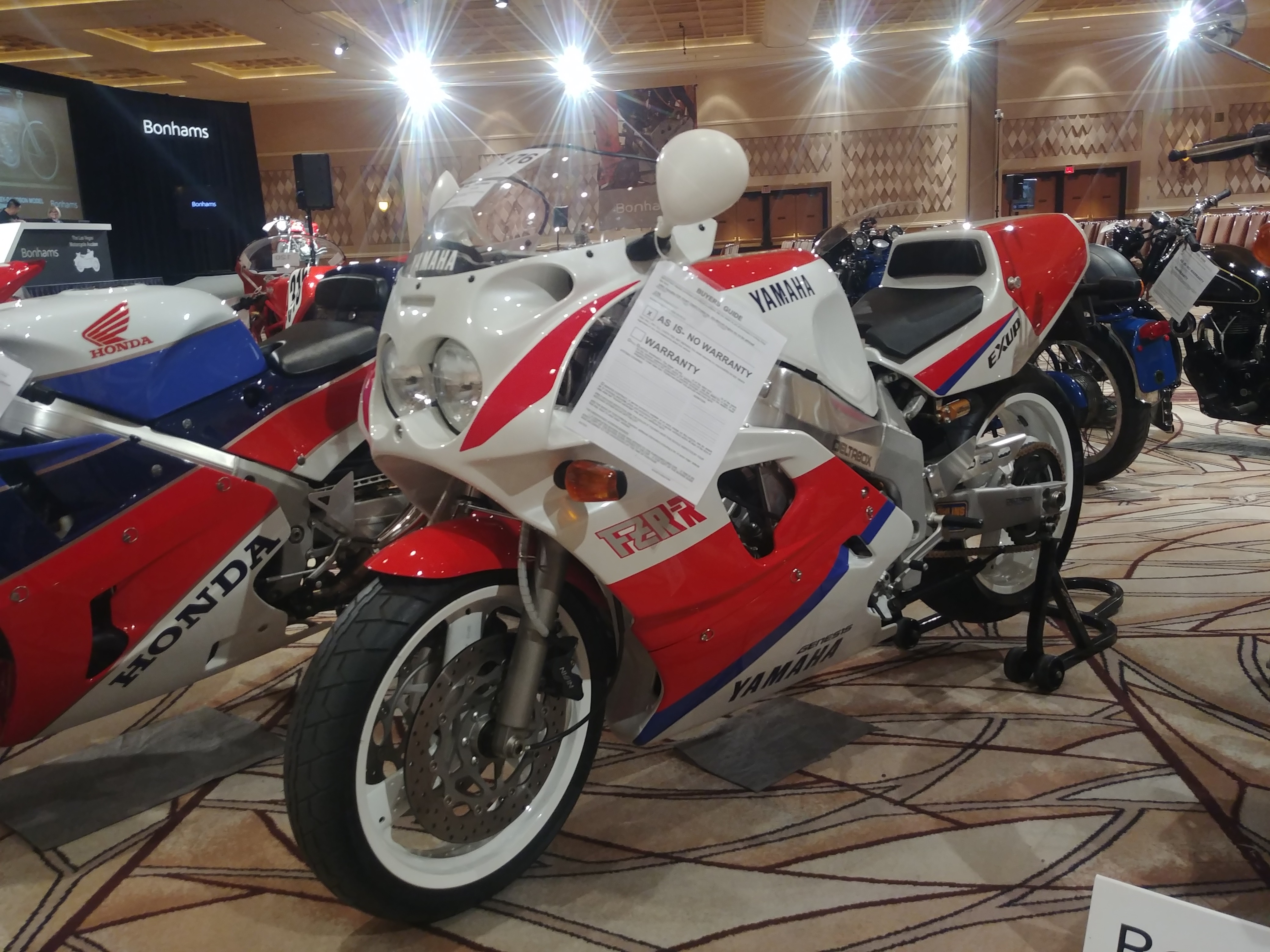 This Yamaha when new was a direct competitor with the Honda RC30 but compared to the Honda these Yamaha seem to have all but disappeared. I like to buy motorcycles that other people have either ignored or forgotten and this rare and supremely capable bike with only 500 built is one of the rarest Japanese super bikes from the golden era of Japanese sport bikes.