FIVA has announced a March 18 deadline for entries for the World Motor Cycle Rally 2018, which will put riders of vintage motorcycles on a Hungarian route from Budapest to Eger to Cegled and back to Budapest. Hungary is the home of such historic motorcycle companies as Pannonia, Csepel and Danuvia.

RM Sotheby’s will stage its first Alpine Tour: Mulhouse to Monaco, scheduled for May 9-13.

“The Alpine Tour is an exciting new motoring adventure in two parts,” the auction house says in the advertisement for the event in its Paris auction catalog. “Part one is a spirited drive on a set route through some of Europe’s most dramatic landscapes — a luxury driving tour visiting suitable grand hotels along the way.

“Setting off from the legendary Schlumpf Motor Museum in Mulhouse, it arrives in style two days later in time for the most glamorous historic racing meting in the world, the Grand Prix de Monaco Historique.

“Part two is an action-packed Monaco weekend which, as privileged guests of RMSotheby’s, is guaranteed to make the whole experience unforgettable.”

British-based Hero Events has announced a nine-event 2018 calendar that begins February 18-22 with the Winter Challenge to Monte-Carlo.

“Welcome back! To the original, most authentic winter epic, the challenge of driving the worst roads in Europe in the thick of mid-winter — and the satisfaction of surviving and finally descending from the Alpine snow and fog to the brilliant sunshine of the Mediterranean,” HeroEvents proclaims on its website.

The event follows regulations set by the Federation Internationale des Vehicles Anciens on a route the begins on the northern coast of France and works its way to Monaco, following some of the historic stages of the Monte Carlo Rally.

Entries open for Going to The Sun

Registrations have begun for the 14th annual Going to The Sun Rally, scheduled this year for September 4-9 on a route that includes Whitefish, Montana; Couer d’Alene, Idaho; and Osoyoos and Nelson, British Columbia. 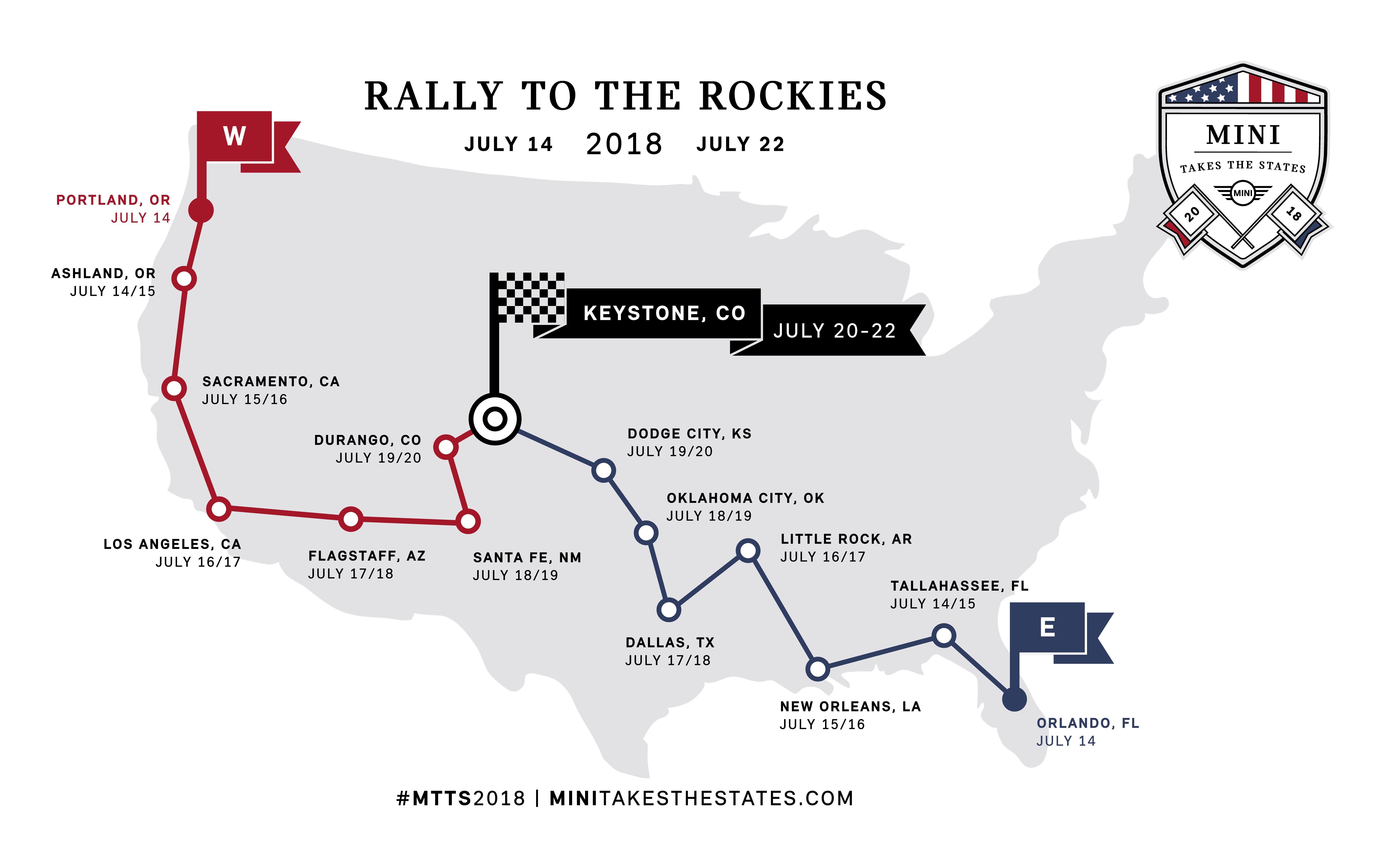 Minis meet in the middle

The route has been set for the annual Mini Takes the States tour, July 14-22. The plan calls for cars to start from either Orlando, Florida, or Portland, Oregon, with everyone meeting at Keystone, Colorado.

This will be the seventh such maxi drive for Minis. Last year, more than 4,000 Mini owners drove at least a part of the route, with more than 900 “going all the way.”