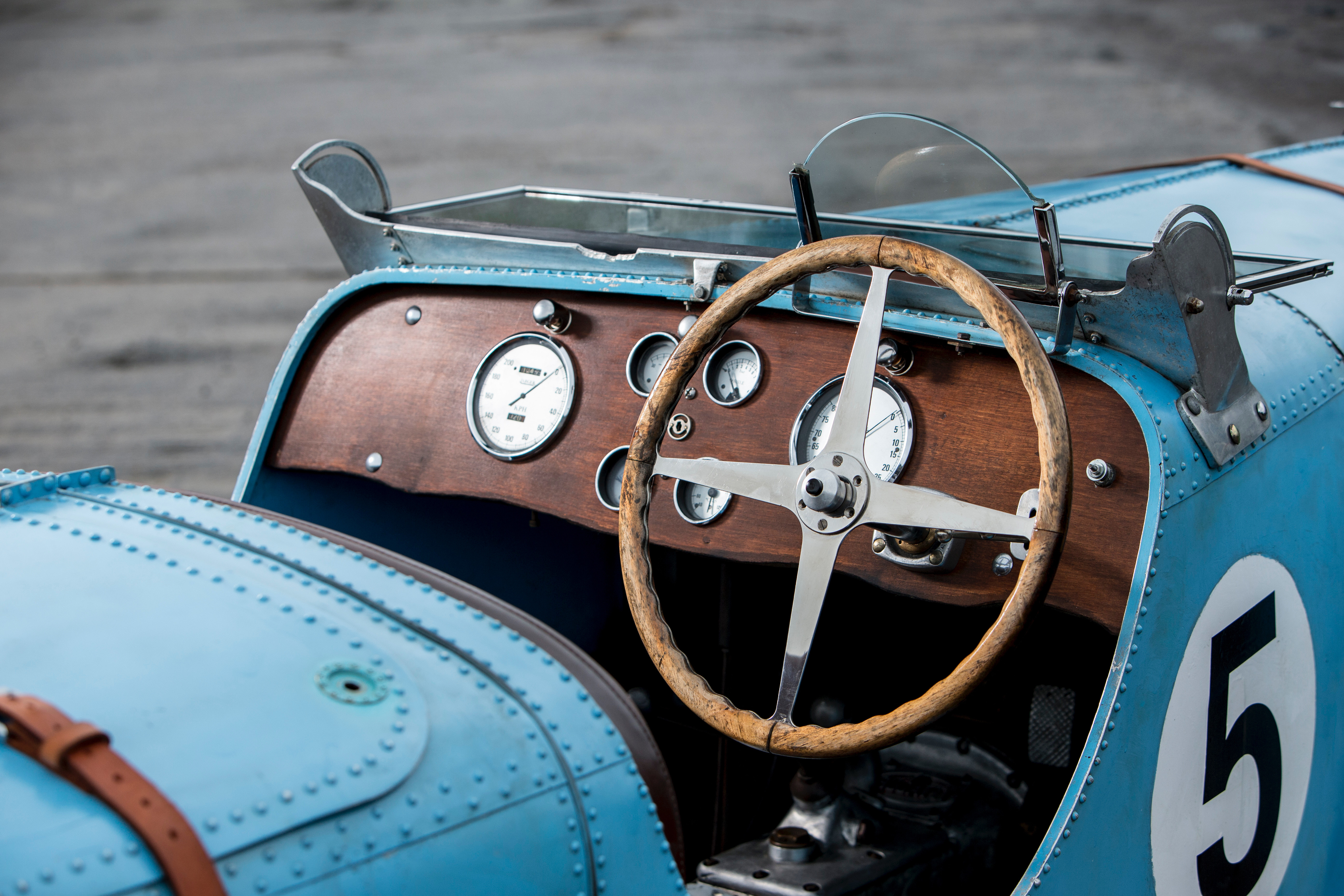 Bonhams has announced that a 1935 Bugatti Type 57T formerly owned by both Earl Howe and Pierre Leveigh will be offered at its Les Grandes Marques du Mode au Grand Palais auction, scheduled for February 8 during Retromobile week in Paris.

The car was specially built for Earl Howe, who didn’t start racing until he was 44 years old, yet participated in the inaugural Monaco Grand Prix in 1931. He had a long tenure in competition, and served as president of the British Racing Drivers Club from 1929 until his death in 1964.

Howe’s Bugatti Type 57T made its racing debut in the Ulster TT event in 1935. It wasn’t very long, however, before his shipped the car to Paris, where it was purchased by Pierre Bouillin, who raced under the name Pierre Levegh in honor of his uncle, an early French racer who died in 1904.

The younger Levegh was an outstanding tennis and ice hockey competitor who raced for the Talbot-Lago Formula One team in 1950 and 1951 and also raced at Le Mans.

At Le Mans in 1953, Levegh took a four-lap lead into the final hour of the race, only to have a crankshaft bolt loosen, slowing his car to the point that he limped across the finish line in eighth place. And it was at Le Mans where he died in the horrific 1955 crash that also claimed the lives of many spectators.

The Bugatti was Levegh’s first sports car. He drove in the Grand Prix des Frontieres road race in Belgium and in the 3-hour race at Marseille later that year.

Levegh sold the car in 1938 to Duncan Ord, who took it to Australia, where he raced it at Pingelly in 1939. The consignor, also from Australia, has owned the car since 1958 and has restored it its original details, Bonhams said.