The first time I went to an RM auction in Arizona was in 2003, when the highlights of the sale were a huge collection of Corvettes and more top-tier European cars than I had ever seen in one place. It was mind-boggling to see a 1961 Ferrari 250 GT SWB, a Porsche 904 GTS, a 295 GTB/5 and a bunch of Jaguar E-Types all sitting on display before the auction. I was simply blown away.

Fifteen years have passed since then and I have attended well over 150 collector car auctions since then. It becomes easy to become jaded when you feel like you’ve seen everything. But RM Sotheby’s never ceases to amaze with the variety and quality of cars they have on offer here in Arizona.

One of the interesting things that RM tends to do with its Arizona sales is to have a sub theme for some of the cars offered. That first year, it was the history of the Corvette; this year it is A Century of Sports Cars. This collection consists of everything from a 1921 Alfa Romeo G1 to a 2015 Ferrari California. All the cars from the Century of Sports Cars are from a single owner and amazingly will be sold at no reserve.

Sports cars are not the only classics available at RM Sotheby’s. There are also plenty of full classics, muscle cars, race cars, even a large collection of children’s cars based on full-size classics from Porsche, Ferrari, Aston Martin and Mercedes.

With so many amazing cars on offer, it became quite a challenge to limit my picks to the ones I would like to take home. But after a lot of thought and conversation with friends at the sale, I came up with this list. I would happily take any one of these cars, but having all six would be perfect. 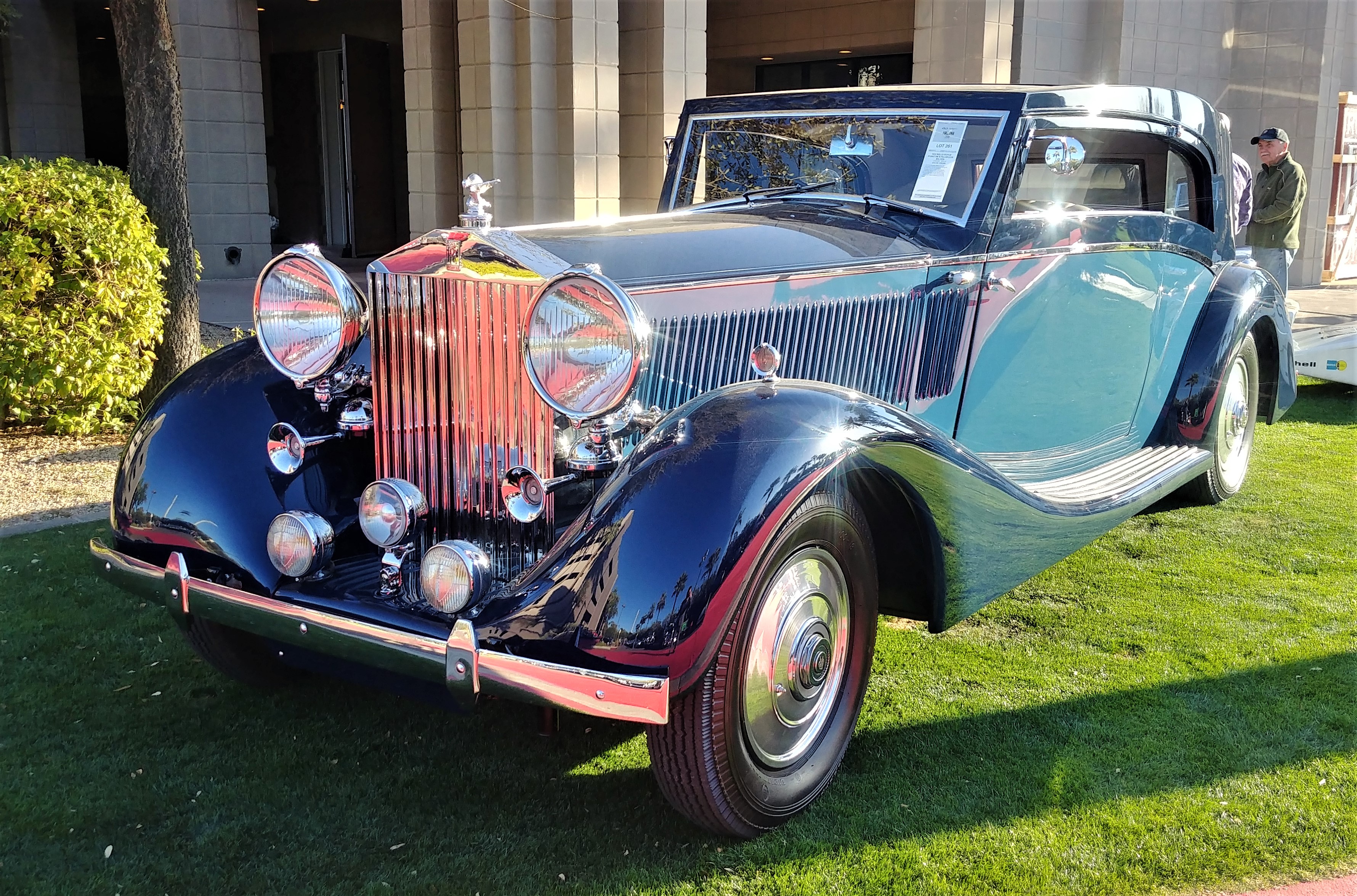 With bodywork by Vesters & Neirinck, this car was the 1938 Brussels show car for Rolls-Royce, and it is simply breathtaking. I love the fact that it is a coupe and that the slab-sided bodywork is so amazing. Adding to the allure is that this Rolls was formerly owned by controversial CIA man G. Gordon Liddy. I love this car. 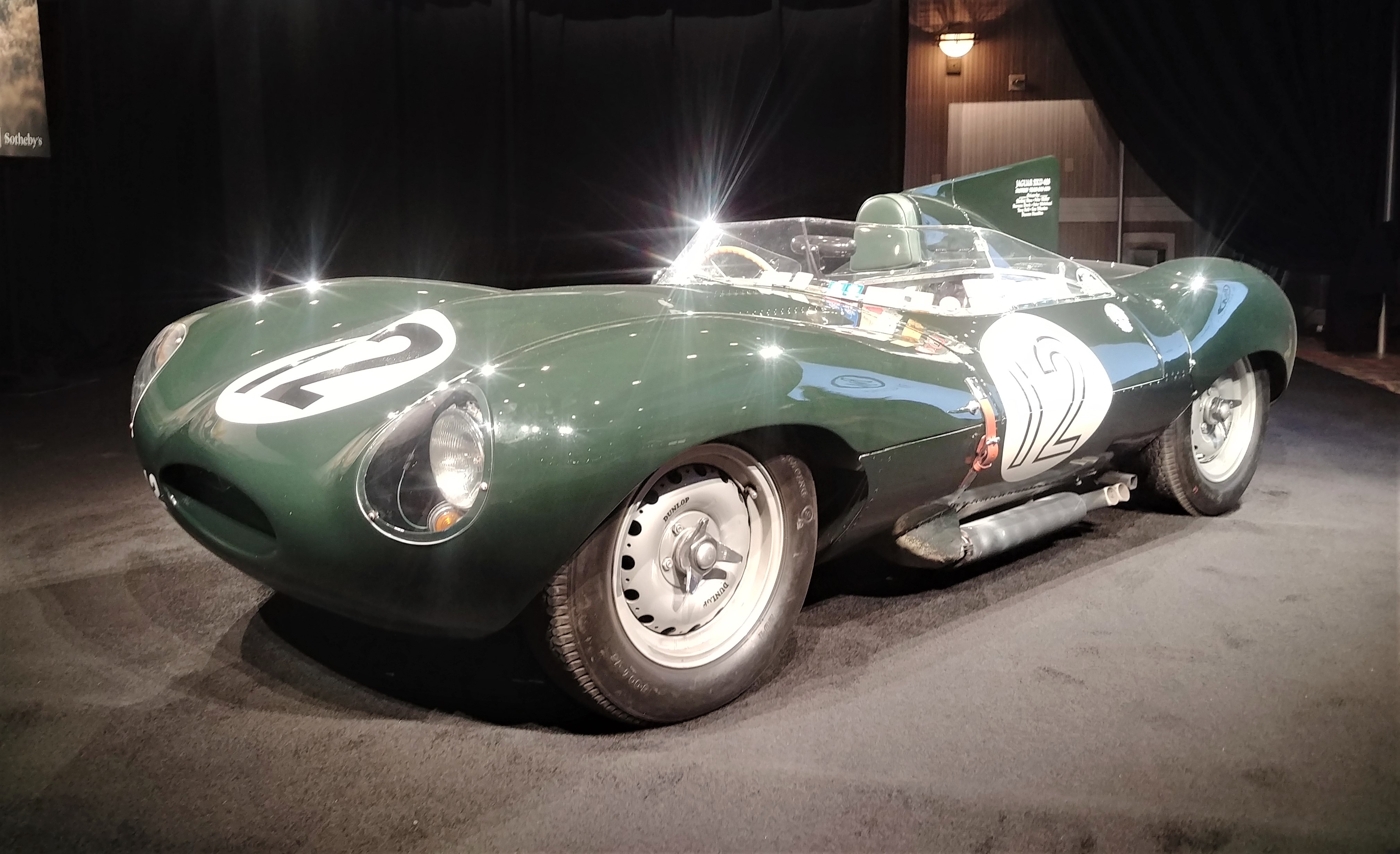 This was the 1954 Jaguar factory team car and raced at Le Mans by none other than Stirling Moss. It did not finish the race but set a speed record of 172.97 mph. The pontoon-bodied car was also driven by a veritable who’s who of period racing. And the D-Type has to be the most amazing-looking sports car ever designed. 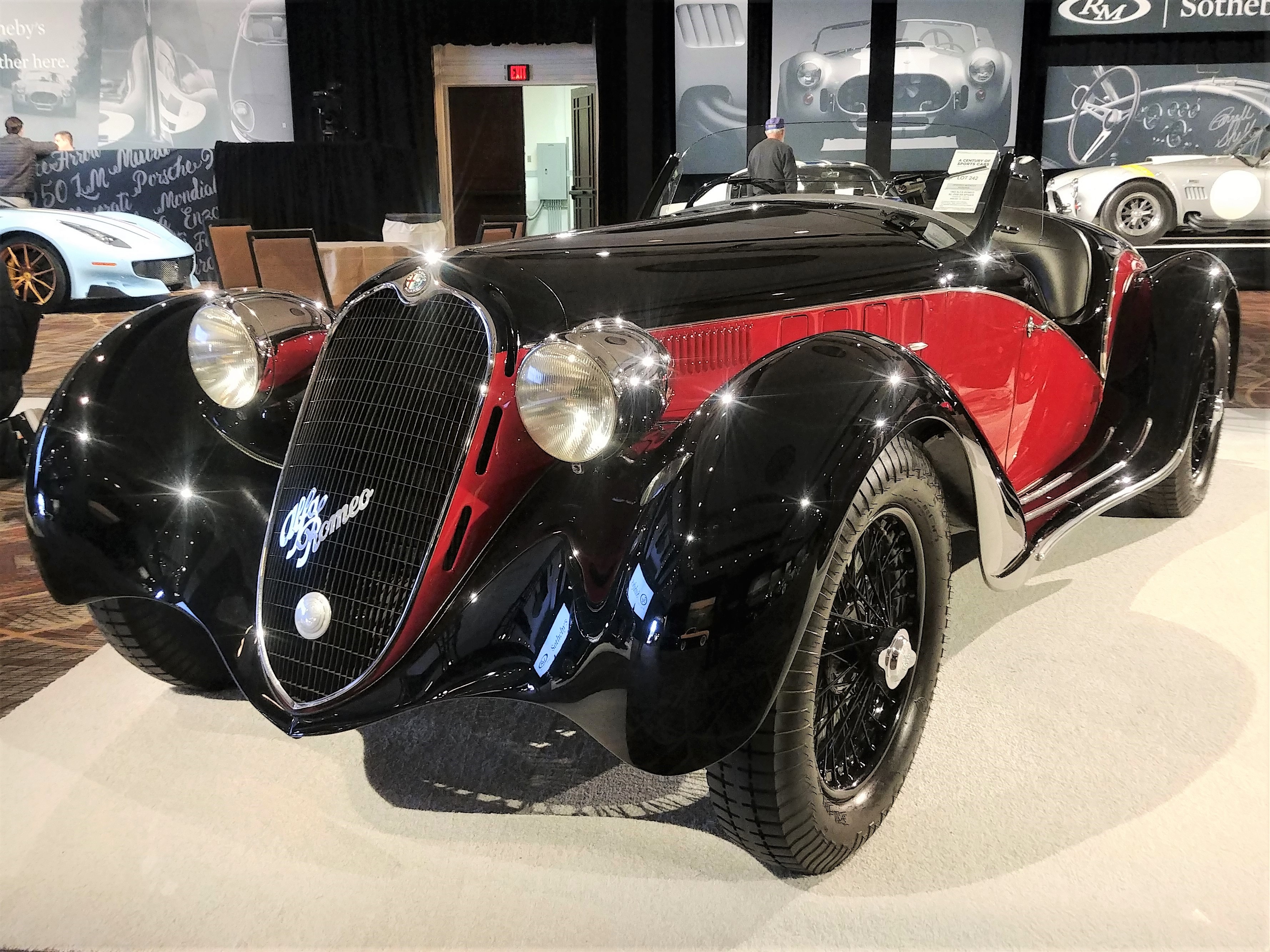 I love Alfa Romeo cars, and no matter what other cars I possess, I seem to always own at least one Alfa seemingly forever. This car is one of the prettiest Alfas I have seen. I love the styling and the scale of this car, and it would be perfect for driving across the country for Monterey car week, and then onto the lawn at the Pebble Beach Concours on Sunday. 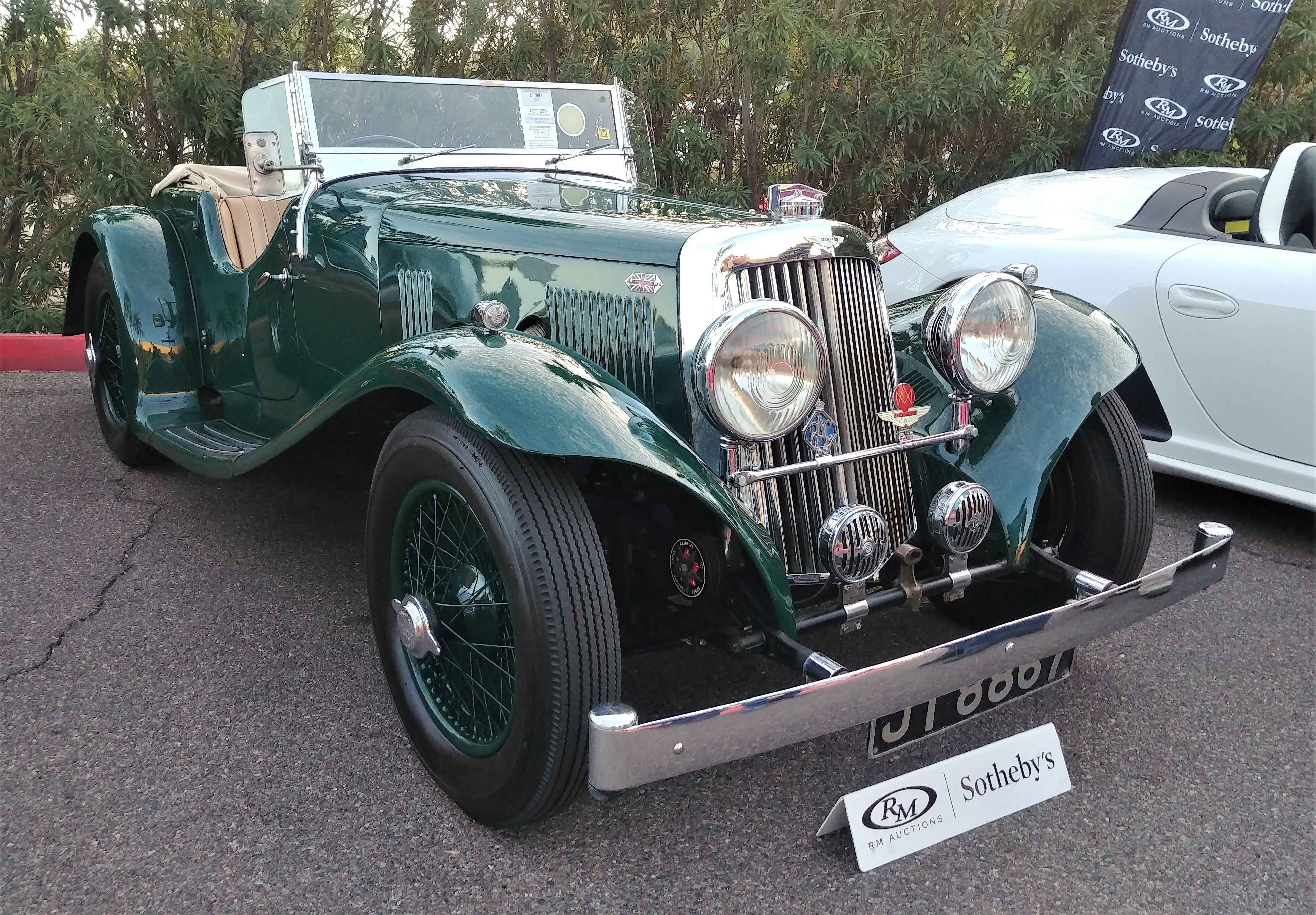 My other sports car love affair is with Aston Martin. There is just something about these cars that makes me want them. This pre-war Aston ticks all the boxes and would be a car that is eligible for everything from vintage racing and vintage rallies to top-tier concours events. I would drive it every day it was not raining. 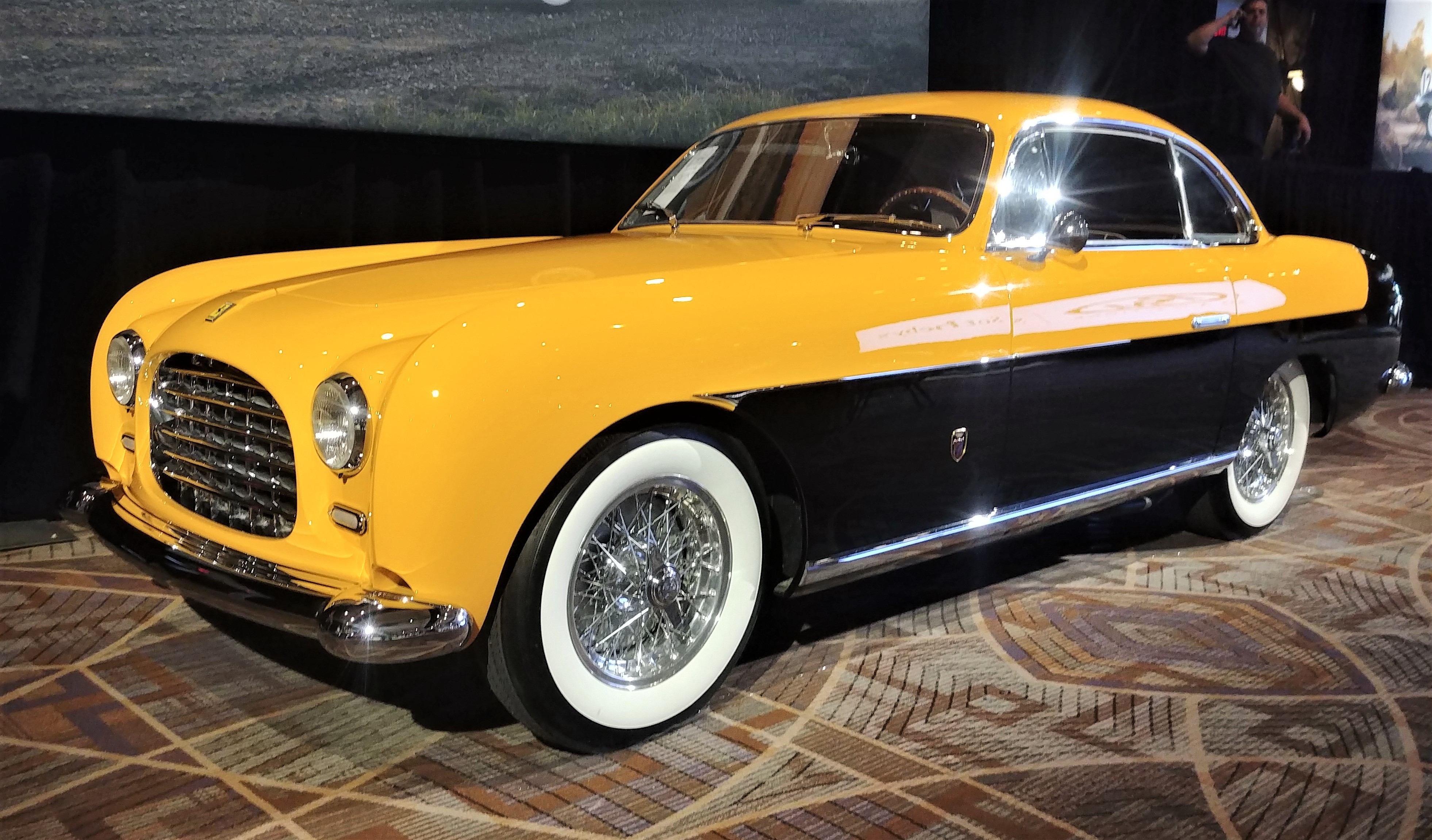 My friends who saw this car at RM thought it looked like a taxicab, but I think they are wrong. This 212 looked about perfect to me and is one of those origin-of-the-species cars for Ferrari. The fact that it was originally commissioned and owned by Juan Peron, former president of Argentina, adds to the luster.

Just 304 of these stunning cars were built in 1958, and they represent the end of the era when Cadillac cars could be considered the best in the world. This big sedan with its stunning styling, stainless-steel roof and suicide doors is really appealing, and this example is the finest one I have seen in person. It is the perfect car to take the family out for an elegant dinner.