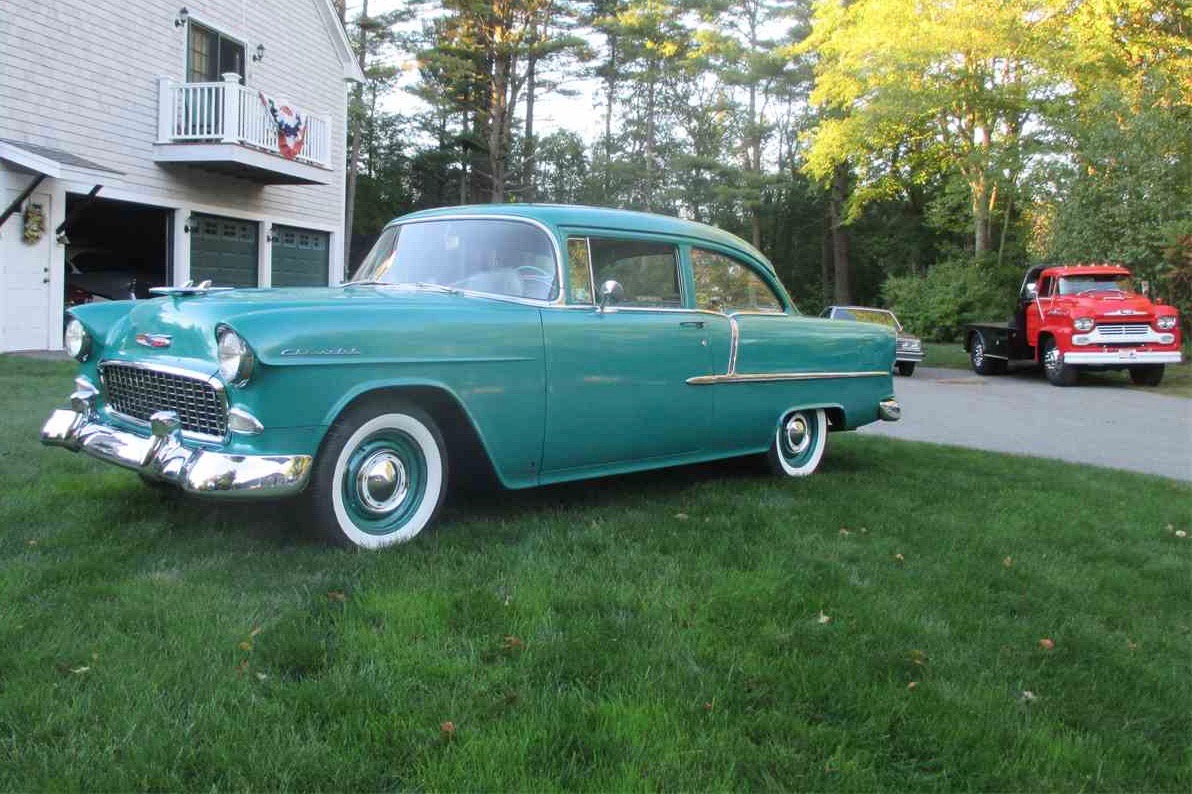 (Editor’s note: Pick of the Day goes on vacation during Arizona Auction Week, but is scheduled to return January 23.)

As they say, they’re only original once, and except for a repainting in Neptune Green in the 1970s and some recent work on brakes and fuel systems, the Pick of the Day — a two-door 1955 Chevrolet 210 — oozes its originality.

According to the private seller offering the car on ClassicCars.com, the Chevy has been owned by the same family since it was new, and in all those years has been driven only 59,000 miles, in part because it was put away in storage for 25 years before being rediscovered.

The seller says the car needs seat covers and a new headliner, but it has undergone a recent and complete brake job, fresh fluids, a new fuel tank and sending unit, and radial tires.

“This is a rare, unmolested ’55 that drives excellent,” the seller assures, adding that the car is 98 percent rust-free.

The car has its original 265cid straight-6 engine with a 2-barrel carb and manual transmission.

The advertisement includes photographs that show the car in detail, including images from below the chassis.

The car is located in Assonet, Massachusetts. The owner is asking for $22,000.