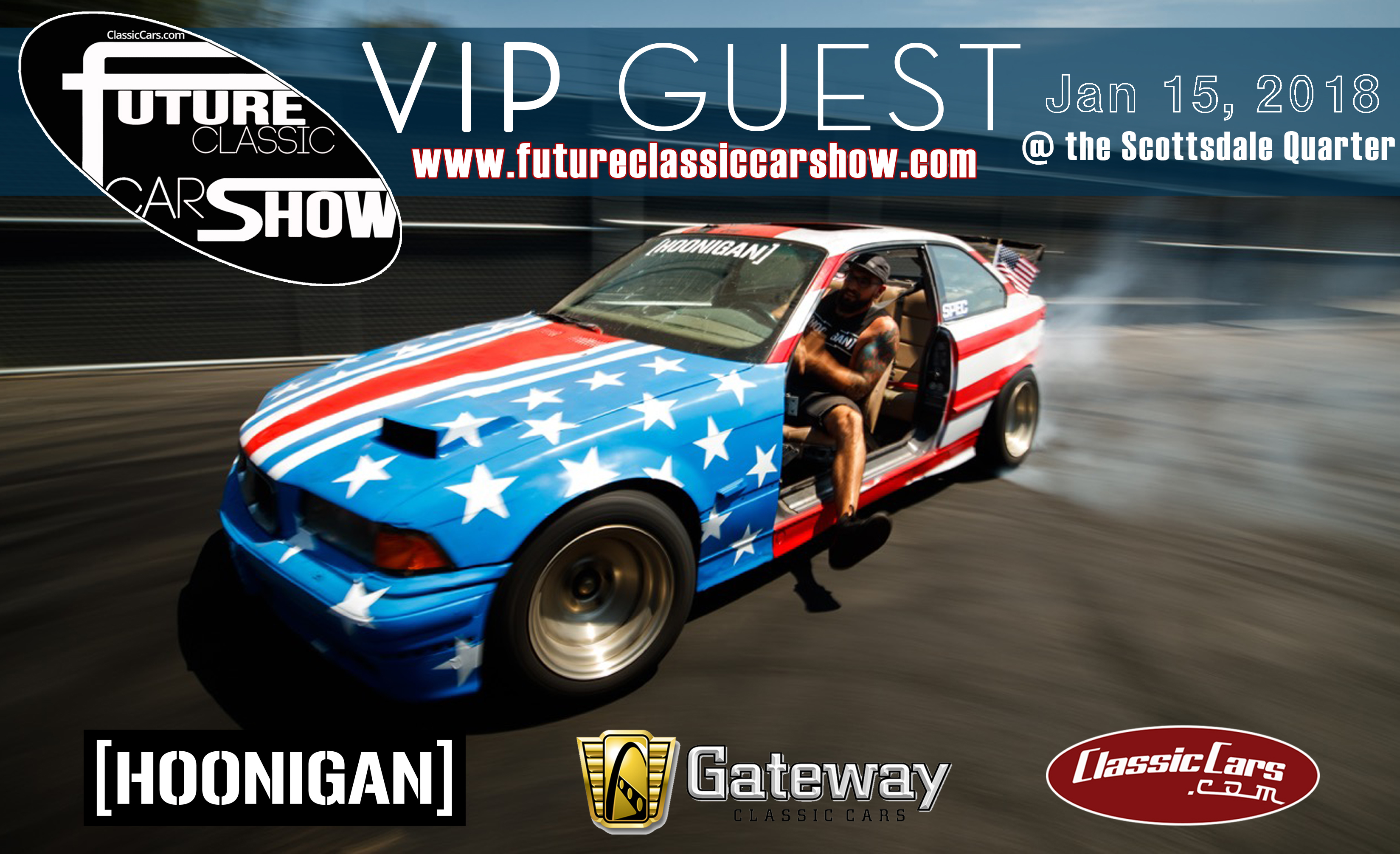 Definition: A person who operates a motor vehicle in an aggressive and unorthodox manner, consisting of, but not limited to drifting, burnouts, doughnuts as well as automotive aeronautics. One who hoons.

For a visual representation, watch this:

The term is actually a mash-up of “hooligan” and “hoon”–Australian slang for aggressive motorists.

As hoonigan stunt driving gained popularity with the “Fast and the Furious” generation, the term broke into the mainstream, but it was DC Shoes Co-Founder Ken Block and 0-60 Magazine Editor-in-Chief Brian Scotto who turned it into a lifestyle.

The Hoonigan brand has thrived since its establishment in 2011 by “creating authentic products for the rebellious gear head”. Their product and apparel lines capture the essence of car enthusiasts who are in it for the thrills. Whether that’s tuning up cars to ludicrous levels or testing their flying capabilities.

Hoonigan’s commitment to the lifestyle is apparent on their YouTube channel (they perform these stunts on their private course, not in public. We do not promote reckless driving!)

Come pick up some Hoonigan apparel and see their epic creations up close at the 2018 Future Classic Car Show on January 15 at Scottsdale Quarter from 5 PM-8 PM.