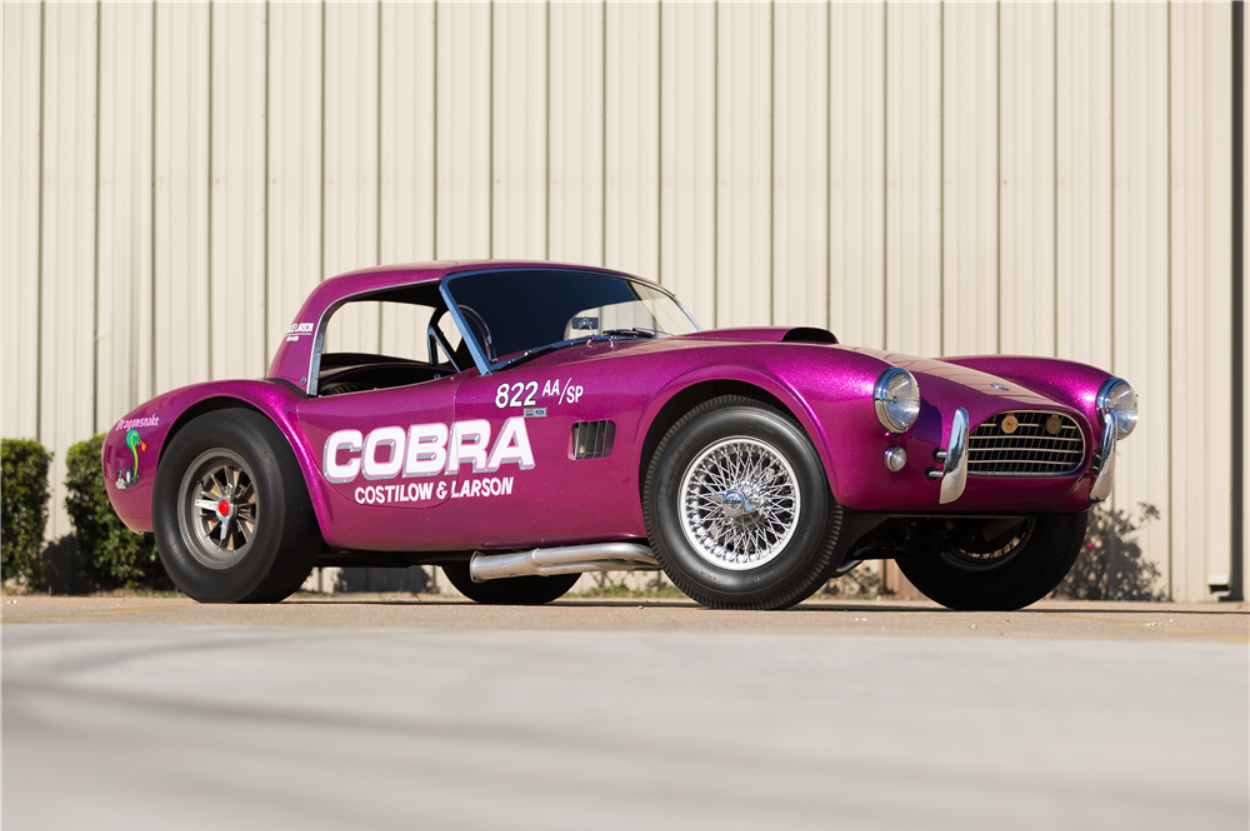 Immediately dominant in American SCCA road-racing from early 1963, Carrol Shelby’s Ford-powered, AC Ace-derived Cobra was also highly effective on the drag strip as well. Known as the “Dragonsnake,” the drag Cobra originated with a small group of young Shelby production employees who developed and raced CSX2019 and then CSX2357 to great effect.

In addition to the two factory cars, three more were built for customers. Numbered CSX2093, this 1963 Shelby 289 Cobra Independently Prepared Dragonsnake reigns as the most successful drag-racing Cobra of them all. 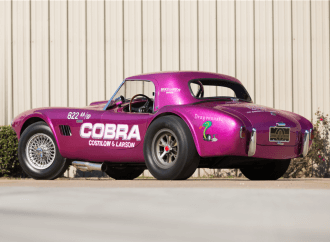 This 1963 Dragonsnake was refinished in 31 coats of eye-catching Fuchsia Metallic paint. The Cobra passed through two more owners, and it was most recently shown at the Concours d’Elegance of America at St. John’s in 2015, where it won “Best Sound.” 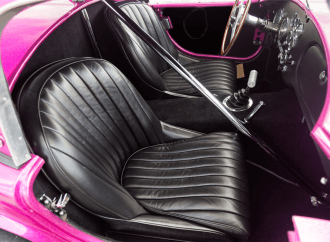 Adding to its significance, the Cobra is certified by the AACA as a true and correct original, and it has also received an AACA Senior Award, plus an SCCA Letter of Authenticity.

Accompanying the sale is a set of side curtains, two front chrome wire wheels, and a document file including period photographs and time slips from its illustrious racing career. Striking in its best-known Costillow/Larson livery and configuration, CSX2093 stands as one of the most historically significant Competition Cobras in existence.