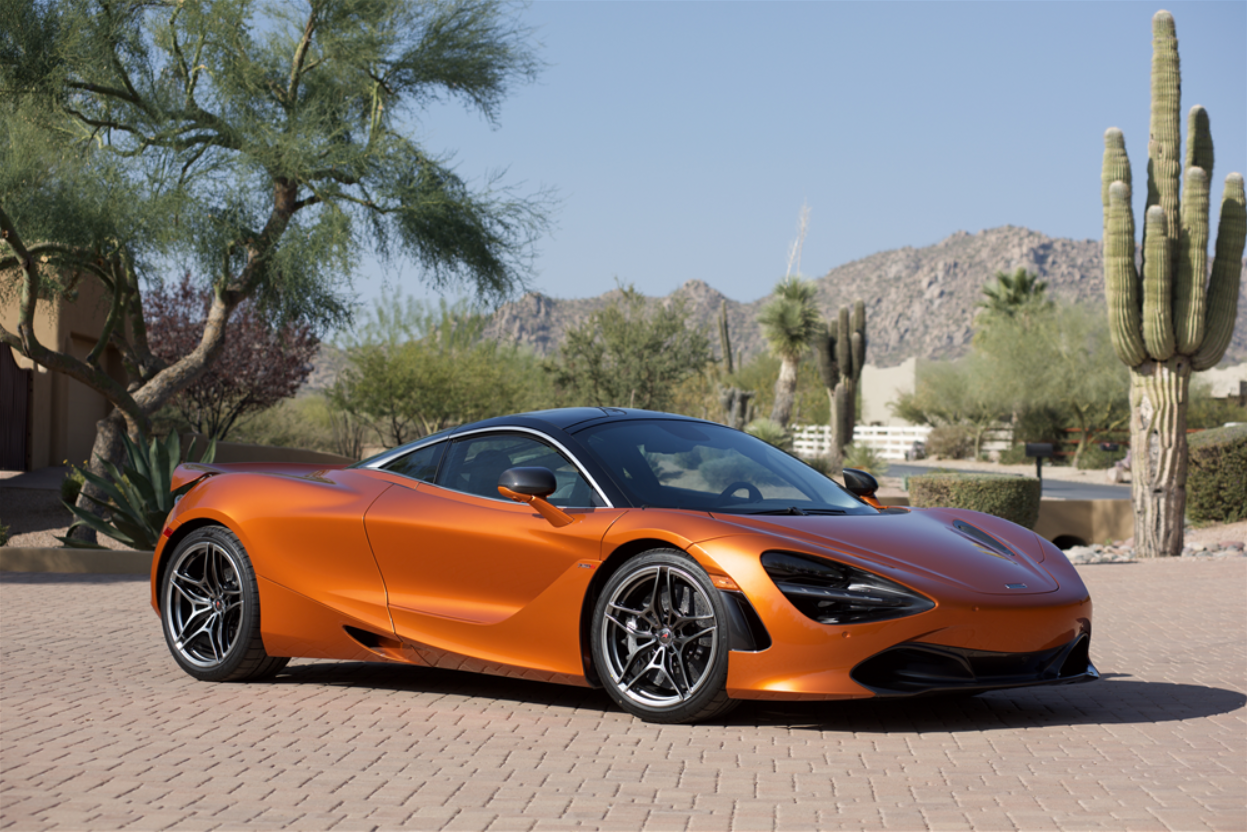 Taking Lotus’ Collin Chapman’s mantra of “just add lightness” to a whole new level, Bruce McLaren founded his company on adding lightness and a whole lot of power. His legacy lives on in McLaren’s latest in its range of ferocious supercars, the 2018 McLaren 720S.

At 710 horsepower, the formidable twin-turbo 4.0-liter V8 drives the rear wheels through a 7-speed automatic to eye-watering performance. Various driving modes can be called upon, including Comfort, Sport, and Track settings. It even has a Drift mode. 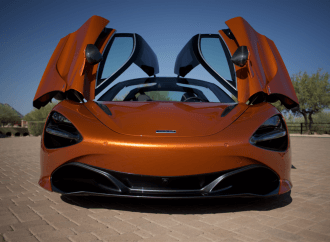 With extensive use of carbon fiber throughout the new Monocage II tub, including windshield surround and the center roof section, weight is down to little more than 2,800 pounds with the same torsional rigidity for the coupe and spider version.

Styling has marched on, too, from the 650S. The car is sleeker and more muscular with a rear that bears a distinct resemblance to the McLaren P1 with the rear wing in its deployed position. 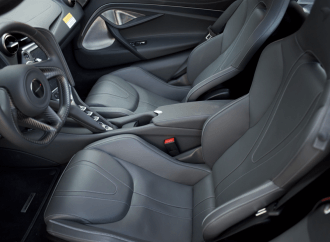 The top-hinged doors open to a cockpit reminiscent of that of a fighter jet.

There is some supercar theater in the form of the power-tilting digital instrument display that folds away and is replaced with minimal rev-counter and speed-readout information when the car is switched to Track mode.

The car offered takes the base price of $284,000 and adds a few things from the concessions: a 12-speaker audio system, electrically operated steering column and (heated) seats, upgraded wheels and yet more carbon fiber. The total MSRP after the addition of all of those options was over $340,000.

Resplendent in its striking Azores over black livery, this road-going stealth fighter from the Steve Todhunter Collection has covered a mere few hundred miles in the hands of its single owner and is accompanied by all books and keys.

Final 2017 McLaren Senna supercar to be auctioned at Barrett-Jackson

McLaren unveils its newest supercar, but it’s for children