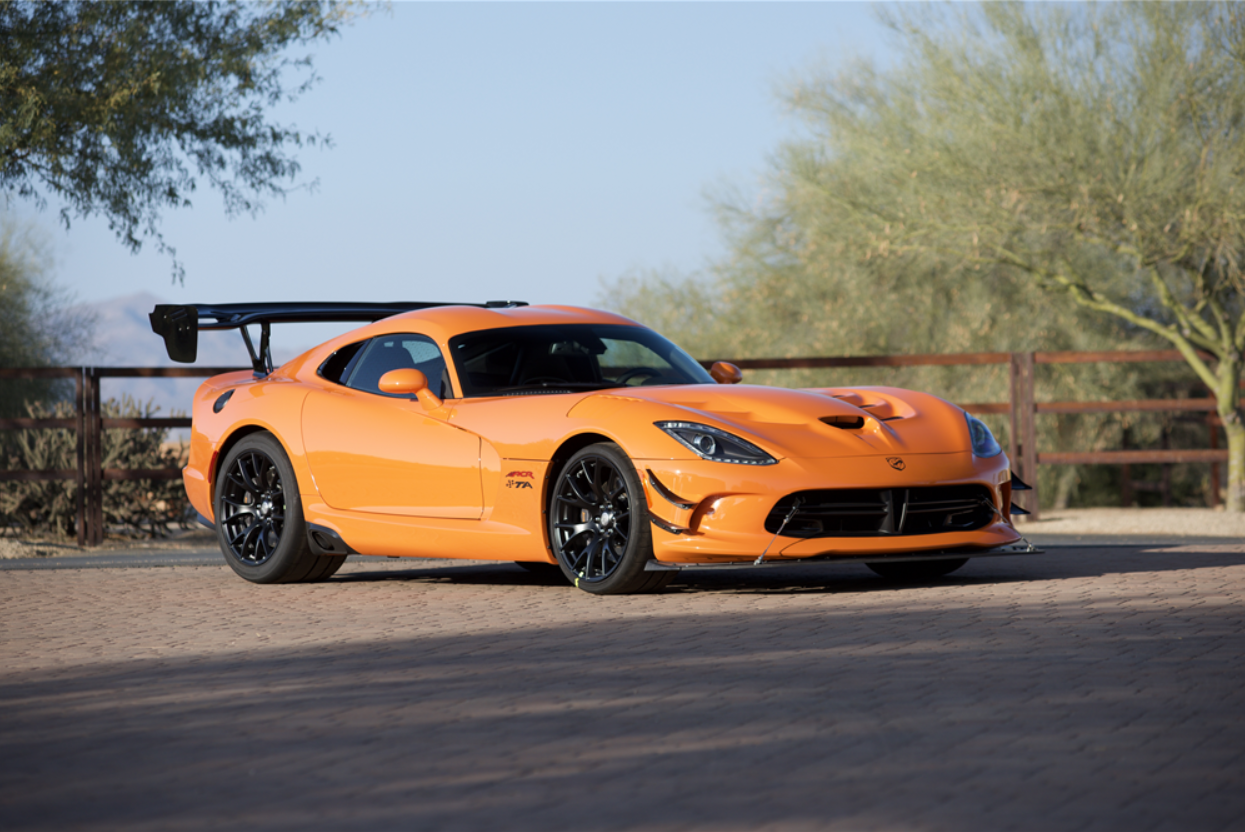 Twenty-seventeen was the last year of production for the Dodge Viper, which was introduced in 1992.

The engine was based off a Chrysler LA V10 engine designed by Lamborghini, which was owned by Chrysler at the time. The Viper could go from 0 to 60mph in 4.6 seconds. But that was then. The 2017 Dodge Viper sprints to 60 mph in 3.5 seconds. 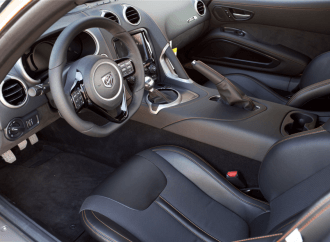 SRT offered two versions of the Viper; the SRT Viper and the GTS. The GTS is the premium model which offered more creature comforts over the base model. The most notable exterior difference between the two models is the hood.

This example, from the Steve Todhunter Collection, is No. 5 of 10 Viper GTC ACR Time Attack models built and has been driven only 125 miles. 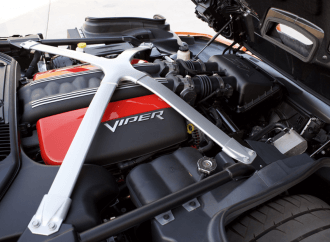 It is powered by an 8.4-liter V10 engine producing 645 horsepower, backed by a 6-speed manual transmission.

It is finished in Lurid Orange with TA Black and orange interior and includes its Window Sticker and original Sale Order.