The task is beyond daunting. The scene at Mecum Auction’s annual Kissimmee, Florida, sale is overwhelming.

There’s the main auction sales area, located in the Silver Spurs Arena, a nearly 12,000-seat sports and concert venue. Not far away is another big events building, full of cars. Sort of in between those two main buildings is the “glass house,” a temporary structure that spans 500 feet in length, has clear walls (thus its nickname) and that provides enough room for around 125 of the car’s top cars to be displayed.

Then there are at least 15 big-to-ginormous tents, covering everything from collector cars to vintage racing boats, although they’ve had to park the vintage airplane that’s for sale just outside the glass house.

And even with all that coverage, there are a few hundred more collector vehicles parked out in the open at the Osceola Heritage Park, which includes Osceola County Stadium, home field for the Florida Fire Frogs, a delightfully named minor league baseball team.

Dana Mecum’s goal for the now-dozen years he’s staged his annual January auction here has been to offer 3,000 cars for sale. Each year his team inches closer to that total; last year the final figure was around 2,700.

But this year the docket blew past 3 grand a week before the auction. By the time the bidding ends January 14, some 3,300 vehicles will have crossed the block. Among them are cars from around 20 private collections that have been assembled over years by proud owners.

My task Friday was to try to view those vehicles and to select the ones I’d most like to have as my own. As I said, a daunting task, especially when you consider that there are more vehicles offered at this single sale than will be on the dockets of all seven of the auctions taking place later this month in Scottsdale and Phoenix.

To make the task just slightly more manageable, I ignored all the wonderful vintage drag racing cars that are here, because Jim McCraw is going to focus on them for a story he’s doing for the ClassicCars.com Journal sometime next week.

Nor am I pretending that I’m a multi-millionaire, so that beautiful LaFerrari isn’t included, nor is the pair of 1970 Chrysler pilot car convertibles.

So what did I pick? Cars that appeal to my eye, to my nostalgic memories, or that were just too quirky not to like. Here they are: 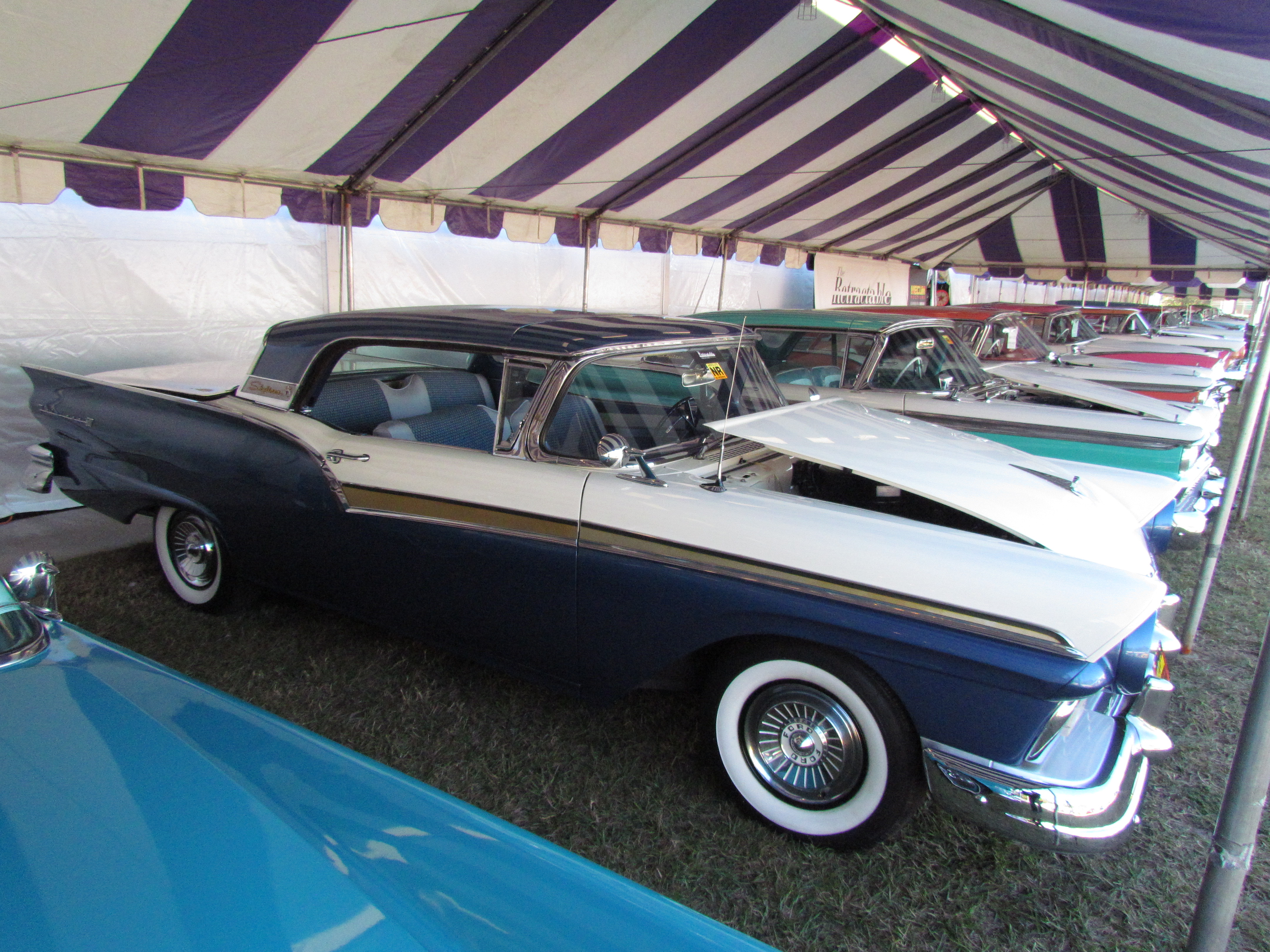 Among the collections being offered at the auction is The Retractable Collection of nearly 30 mid-to-late 1950s Fords, many of them either with retractable hardtops or standard convertible tops. One of my uncles had a brand-new Ford Skyliner in the late 1950s and I’ll never forget the night we went for a ride — hardtop stowed in the trunk — and for the first time I saw the Northern Lights. So I checked out the array of such cars at Kissimmee, and my choice would be this ’57 Fairlane 500 Skyliner in Dresden Blue and Colonial White with a 351cid V8 under its hood. 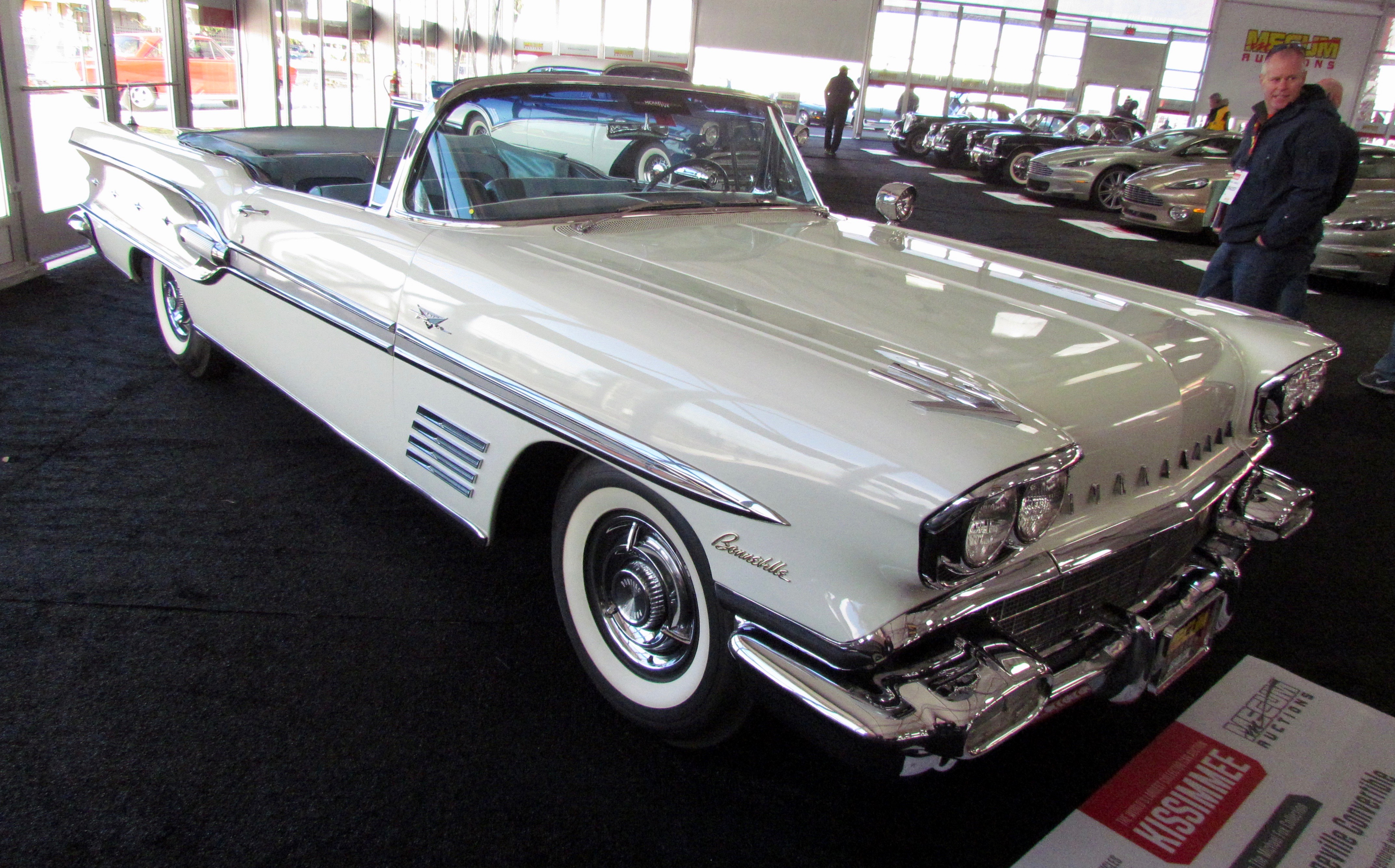 One of the showcased collections at the sale is that of Michael Fux. Actually, Fux is offering two collections at the sale; one comprises a group of IROC race cars, the other a mix of modern exotic sports cars, a few classics and the four that drew me — a 1960 “bubble top” Pontiac Bonneville in white, another in black and from 1958, a 1957 Buick Super convertible in blue and white and, the one I finally decided would be the one I’d most want — a Tri-power 1958 Pontiac Bonneville convertible in white and silver (with black convertible top) and with silver-and-blue leather interior. 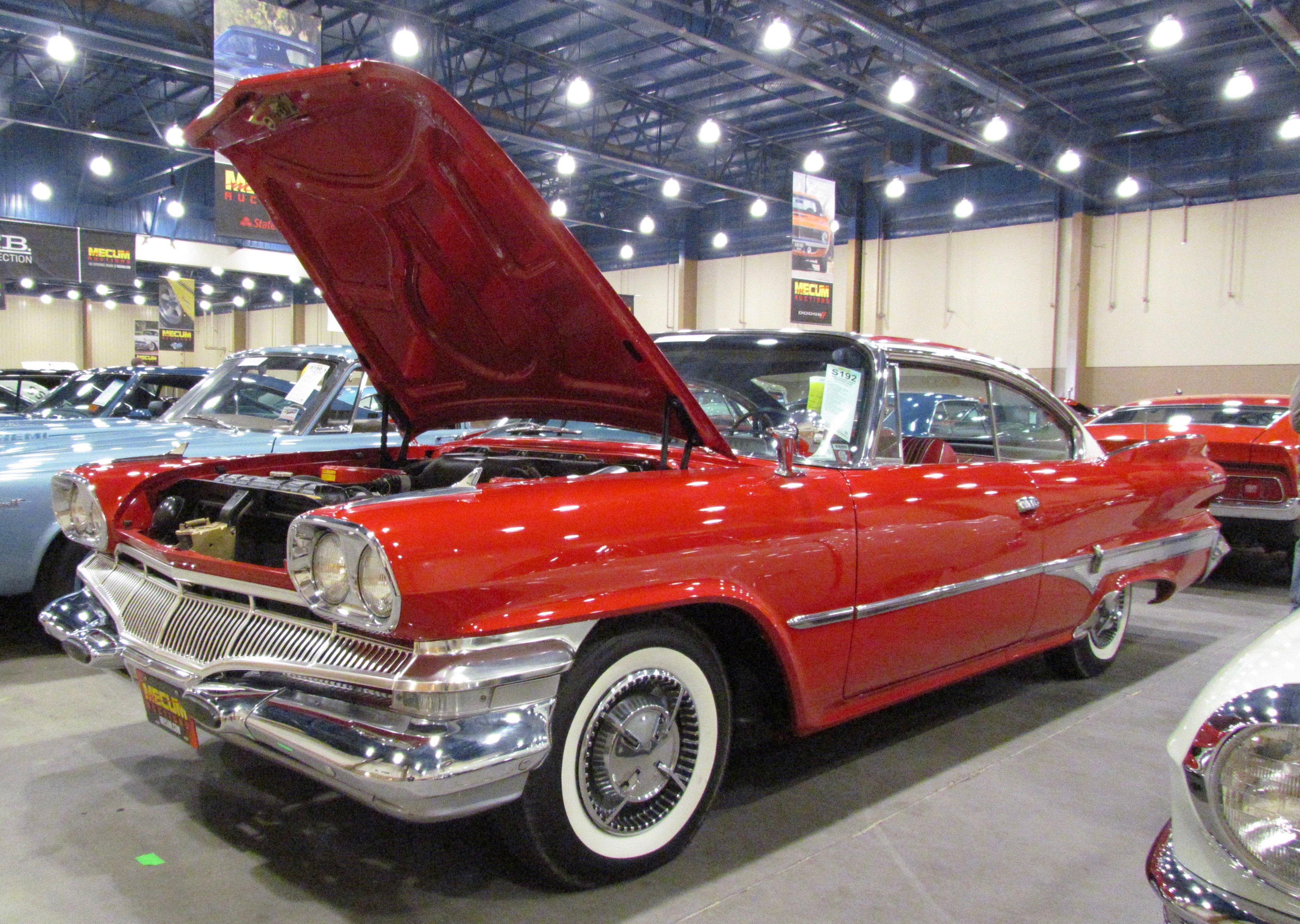 From the W.A.T.B. Collection comes this gorgeous and oh-so-red 1960 Dodge Dart Phoenix D500, a 1 of 500 models, and this one equipped with every available option. 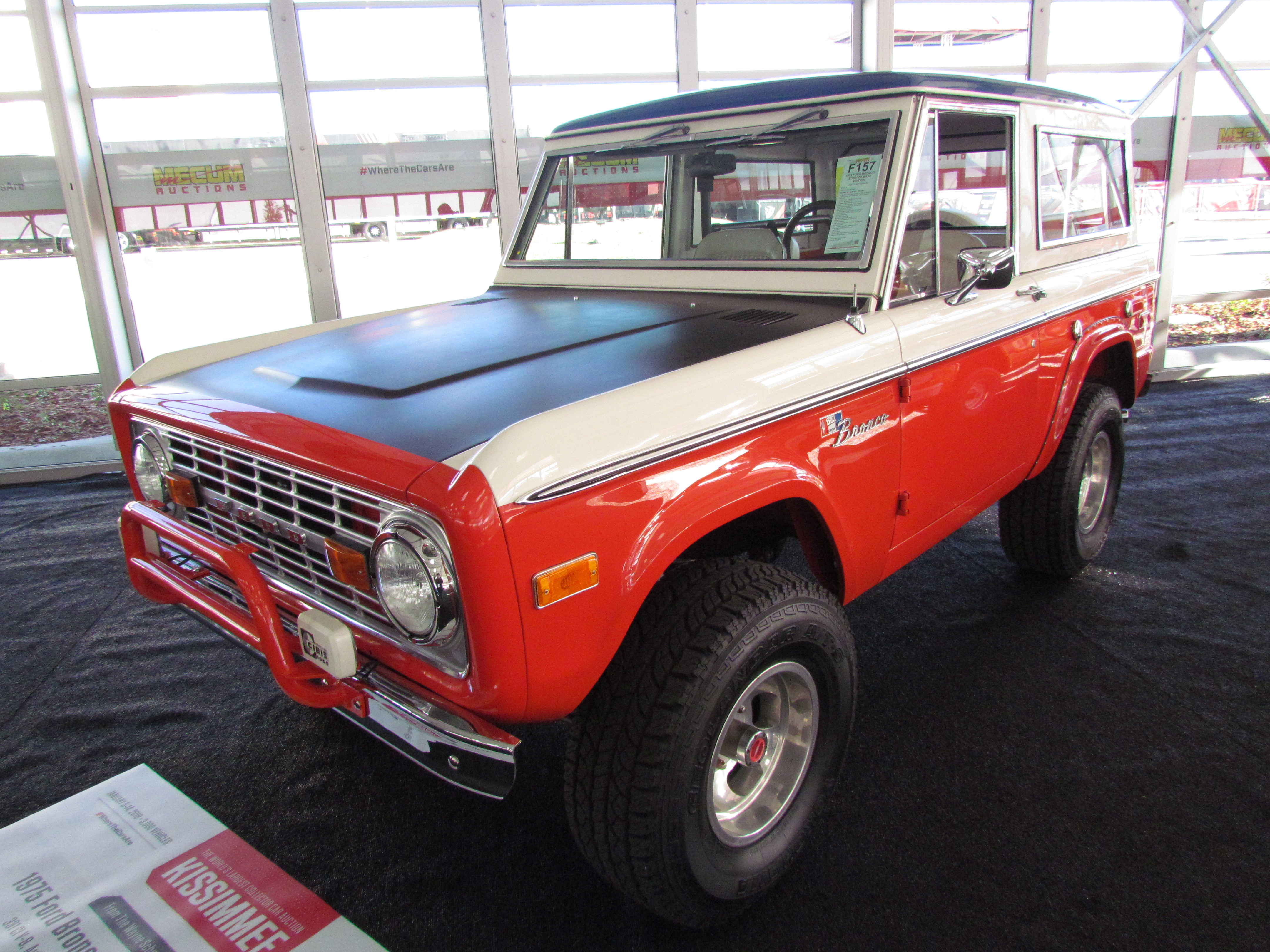 Famed off-road racer Bill Stroppe joined Parnelli Jones in the “Big Oly” Ford Bronco to win the Baja 1000 in 1971. In 1975, Stroppe’s shop build 30 Baja Broncos and this is one of them. It’s a frame-off restoration with a rebuilt 331cid V8. 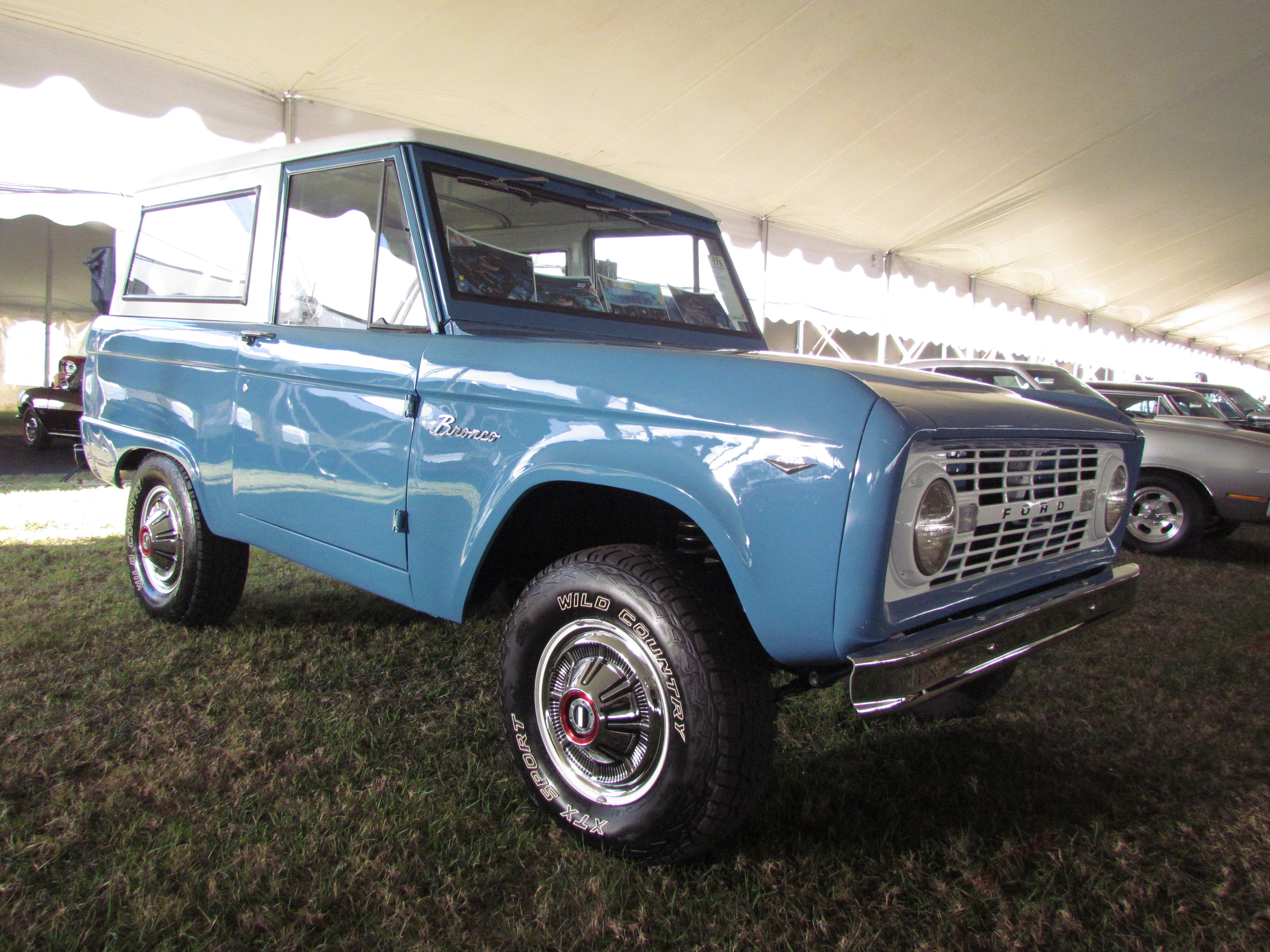 Maybe the $90,000 it’s likely to take to buy the Stroppe Bronco seems a little steep? Fret not. Here’s a recently restored 1968 Ford Bronco with a balanced 289cid V8 linked to a three-speed manual gearbox. 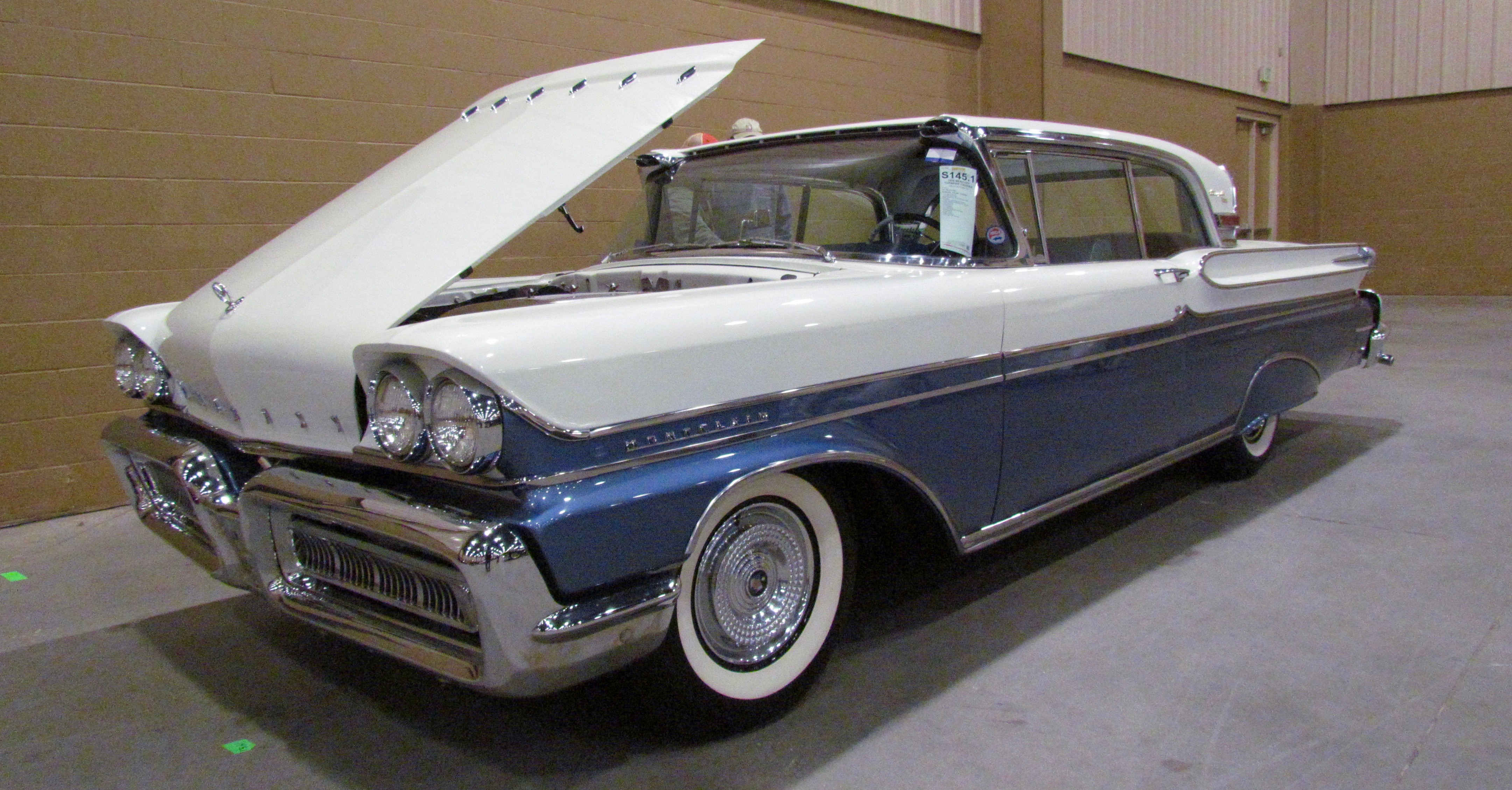 Produced for only two model years, the 1958 Mercury Turnpike Cruiser turned heads, and this one all the more so with its Continental kit. The engine is a 430cid Super Marauder V8. The automatic transmission has push-button controls. The aerial antennas extend forward from pods at the upper corners of the windshield. And, of course, there’s that Breezeway power-retracting rear window. 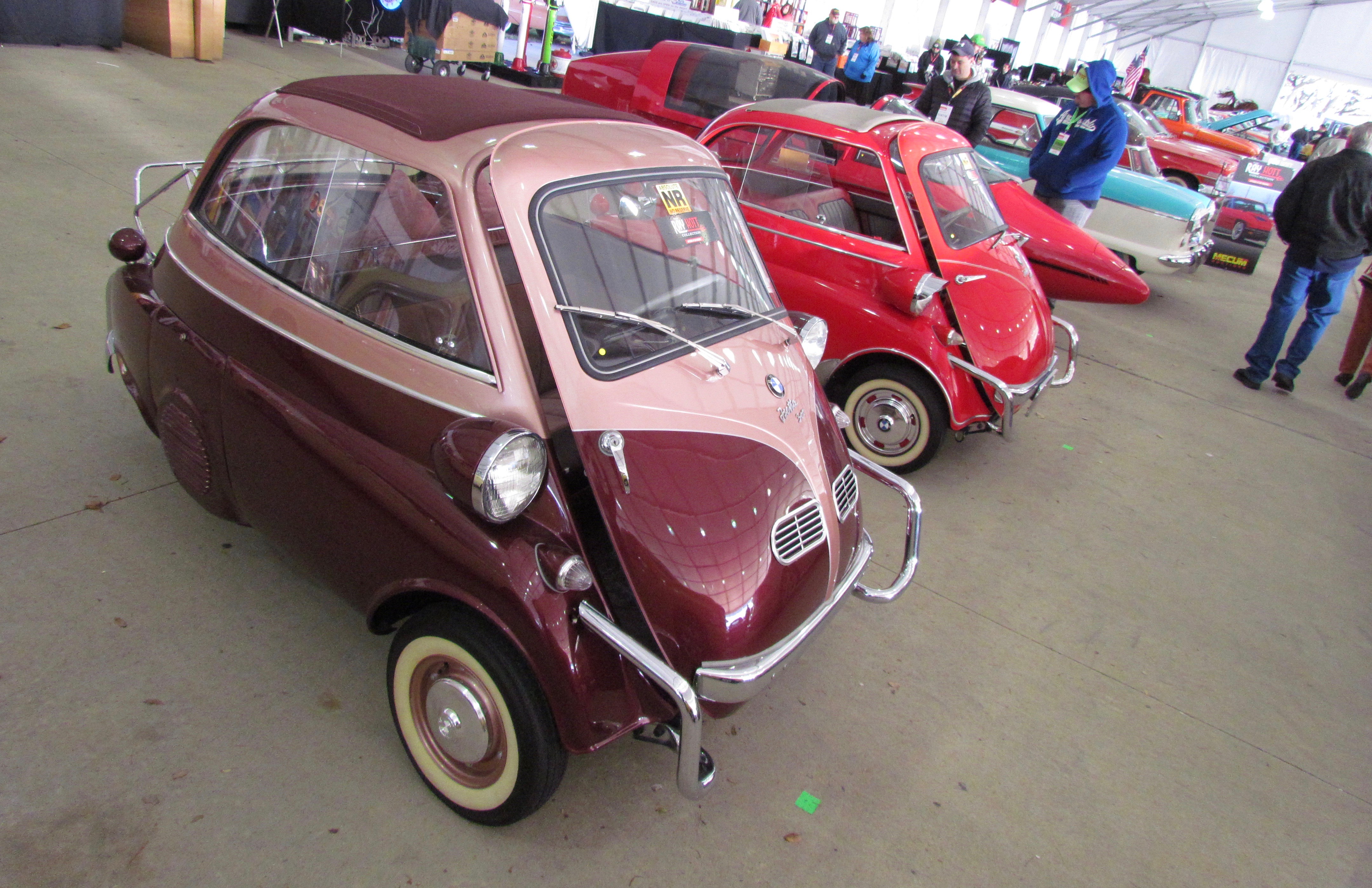 Yes, that pointy-nosed, red 1986 Pulse Litestar Autocycle you can see in the photo is definitely interesting, what with its 1,100cc BMW engine, but the car from the Ray Hott Collection that really caught my eye was this two-tone, cranberry and crepe 1957 BMW Isetta 300 Deluxe, which in addition to its BMW engine — albeit displacing only 300cc, has a 4-speed manual gearbox and a sunroof and luggage rack. 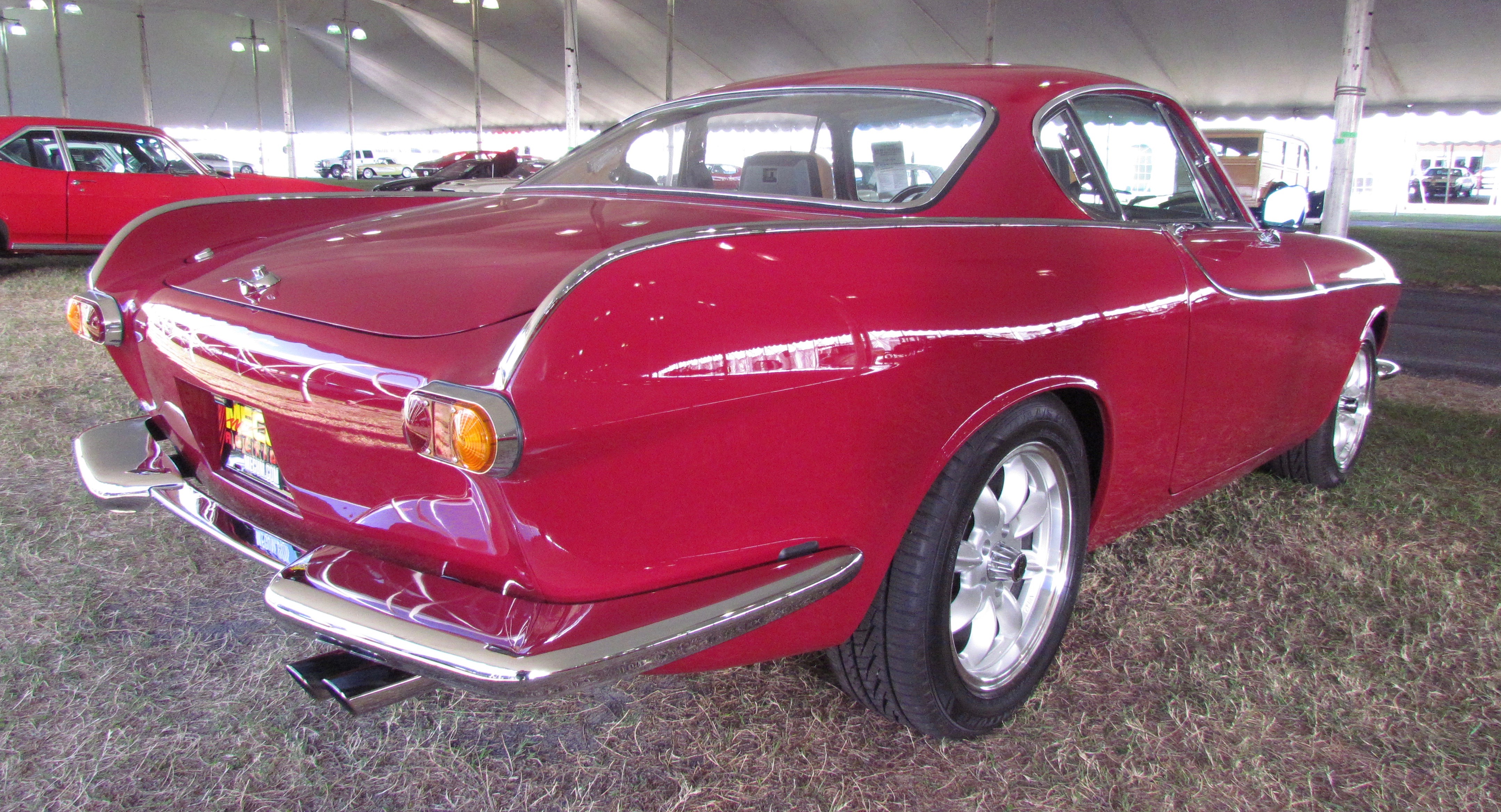 P1800 Volvo’s are so cool, and this one has a 160-horsepower B20 4-cylinder engine, 5-speed gearbox, and has won several awards, including best rear-drive car in 2016 from the Volvo Club of America and, less than a year ago, the people’s choice award at the Celebration of Cars Antique Auto Club of Cape Canaveral. 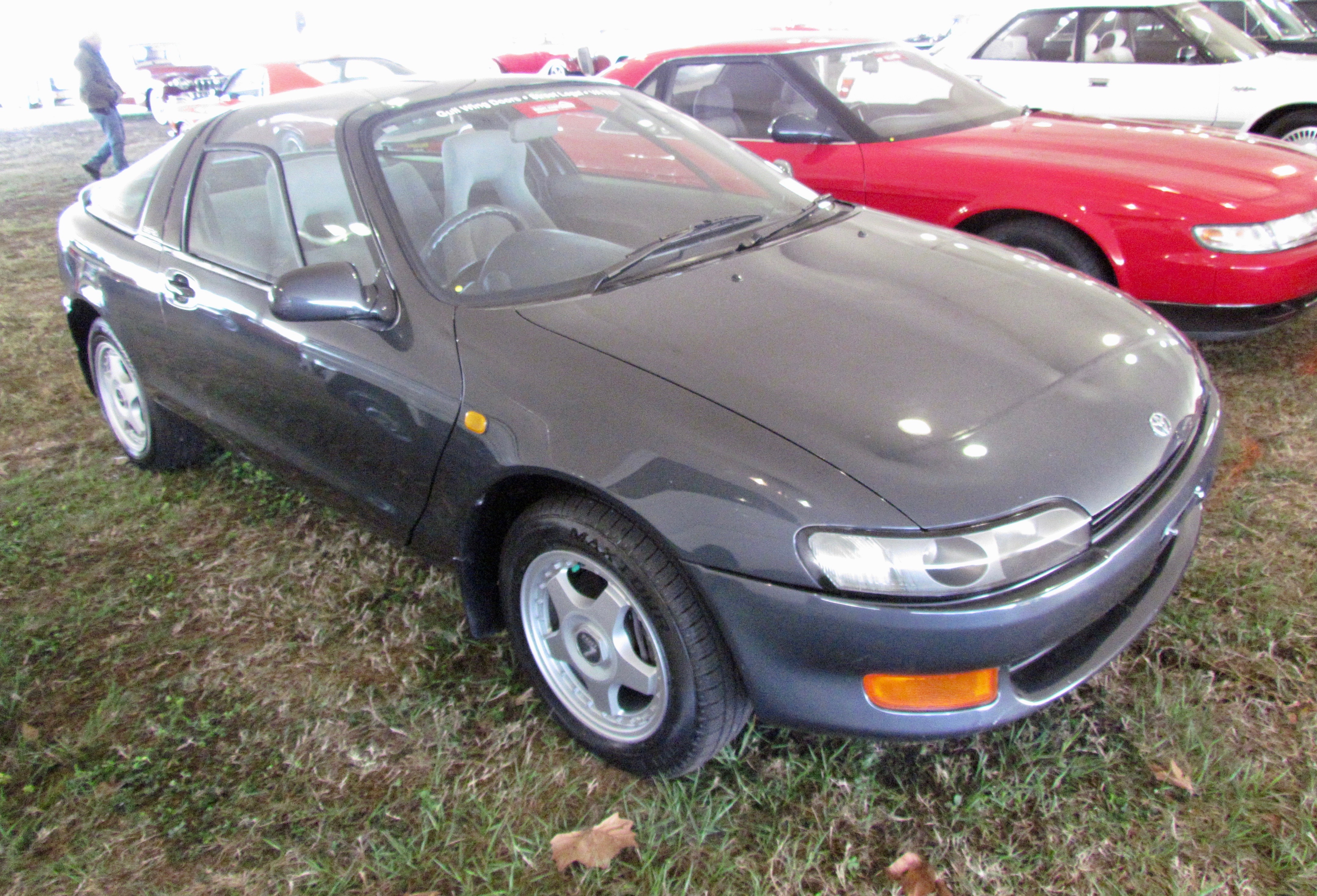 Having spent some time a few years ago in a Nissan Figaro, I was naturally drawn to the Gary Duncan Right-Hand Drive Collection. I loved the two fire engines, and the 1991 Toyota Crown Hearse has to be seen to be believed. The 1990 Eunos Cosmo was fascinating, but the car from the group that I think might be the most fun to own is the 1990 Toyota Sera, especially with its gullwing doors and nearly all-glass roof. 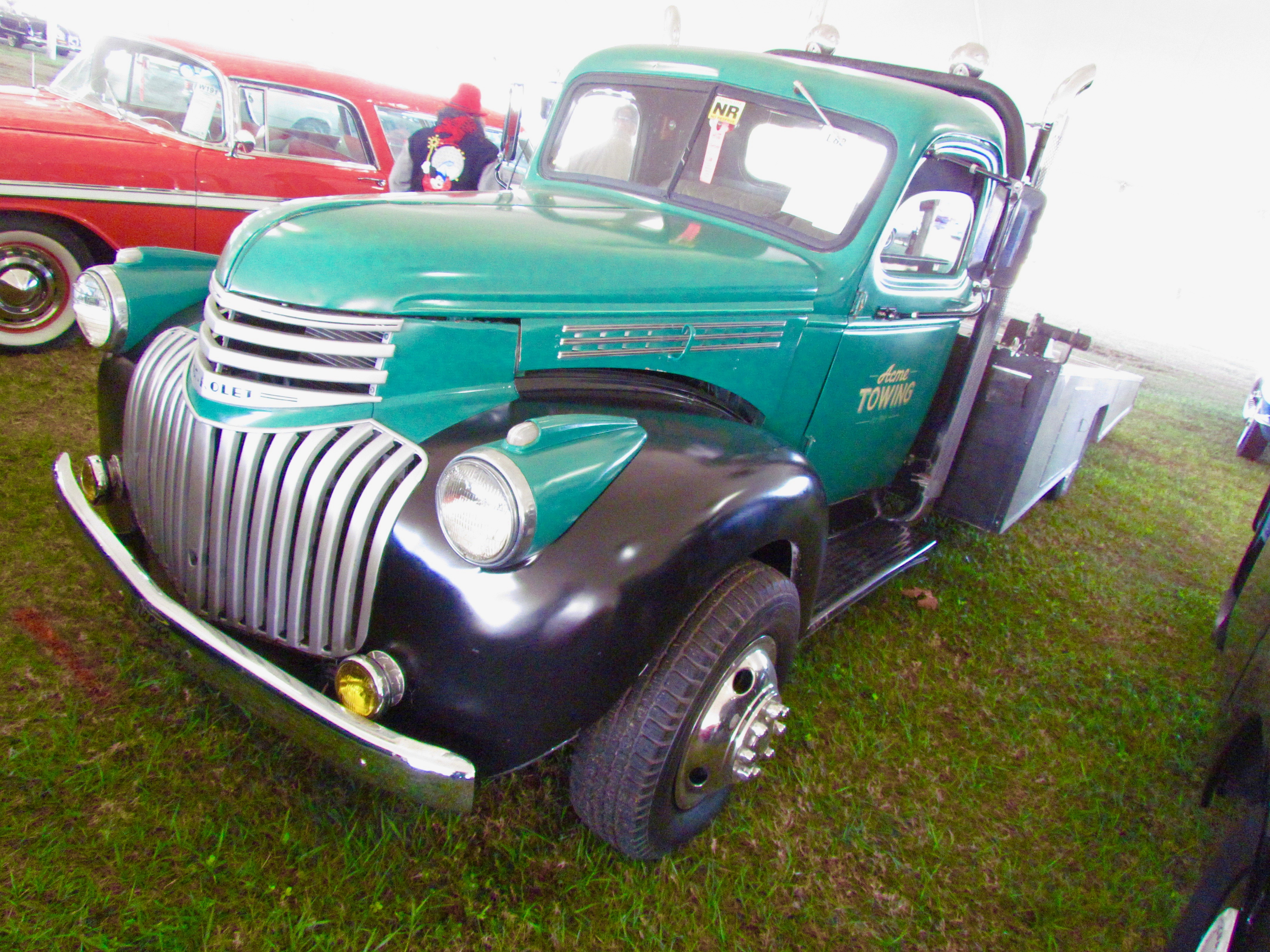 Why not buy a collector vehicle you can use to make back some of the money you spent on it? I think this Chevrolet slant-bed car carrier would be just such a vehicle. Built on a 1981 Chevrolet chassis, and now equipped with Vintage air conditioning, the truck could be shown, and could also be used as a hauler to carry paying customers’ cars to and from shows or vintage races.

And one more that you couldn’t pay me to take… 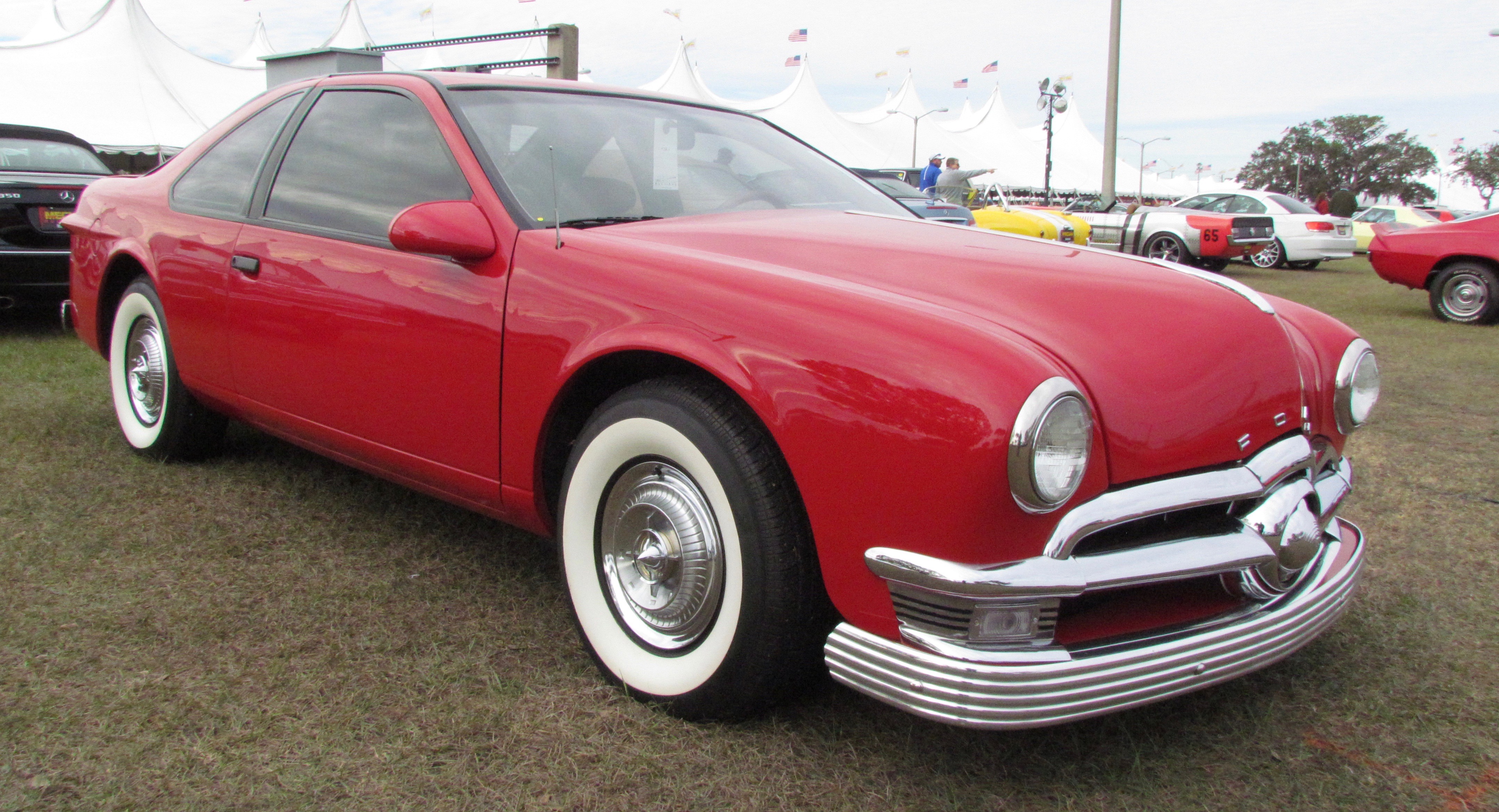 I’m sorry, but you couldn’t pay me to drive home in this 1992 Ford Thunderbird that carries an information card calling it a “Lincoln conversion,” and that wears 1959 Buick wheel covers and a 1950 Ford-style nose. Seems to me the answer to a question no one ever asked.