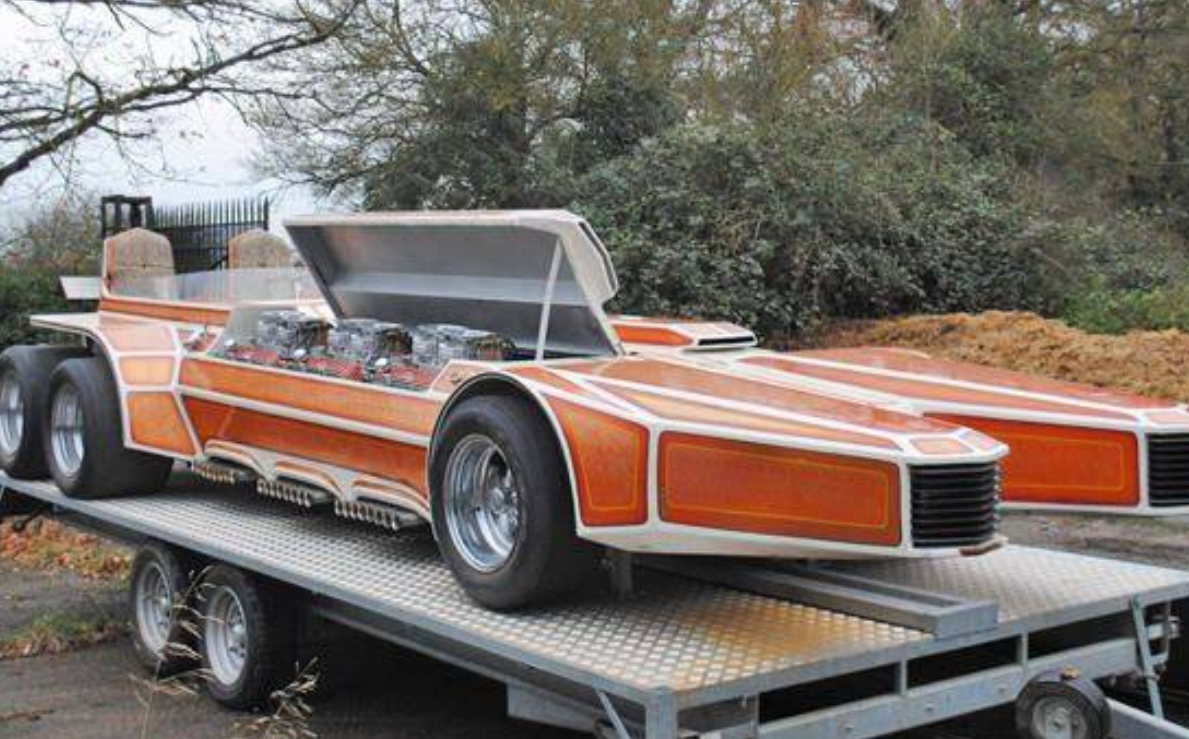 George Barris, perhaps best known for creating the 1966 Batmobile, built many wild vehicles in his career, some crazier than others. The 1975 George Barris SnakePit is essentially a kid’s Hot Wheel dream come true with not one, not two, but six Ford V-8 engines powering it.

Unfortunately, it doesn’t run in its current state, but the car has surfaced for sale in a classified ad through Hemmings after residing in a private collection for the past 10 years. The SnakePit was built to destroy and set speed records “at speeds that stagger the imagination,” and was valued at around $100,000 in the 1970s. That’s almost half a million dollars adjusting for inflation.

Owning this piece of history will cost you even more than that. The sale price is listed at $750,000, though the final price is negotiable.

Yet, the work and precision present could be worth it to a custom car collector, especially considering Barris’ stature among the titans of custom culture. 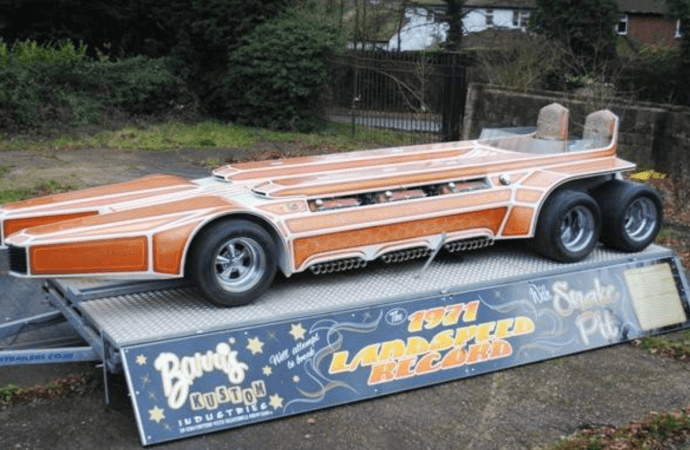 From the paint to the cockpit and especially to the six-engine setup, everything is over the top.

The six Ford V-8 engines displace 351 cubic inches each and put out a grand total of 2,000 horsepower. All of the power routes through two Ford C-6 automatic transmissions to a pair of Pontiac rear ends. It even has 48 exhaust pipes. The car’s top speed was supposedly 300 mph, but the figure isn’t verified, and we highly doubt it was ever reached or even approached.

Inside, the driver controls the SnakePit via two Moon gas pedals, a custom steering wheel, and a Hurst dual pattern shifter. Orange velvet surrounds the driver because this was the 1970s, after all.

The exterior features six wheels, a shape fit for a superhero, and 30 coats of hand-rubbed lacquer with an orange finish over an initial pearl-white base coat.

Three quarters of a million dollars can buy some extravagant cars, but we guarantee none of them will boast six engines and 2,000 horsepower.