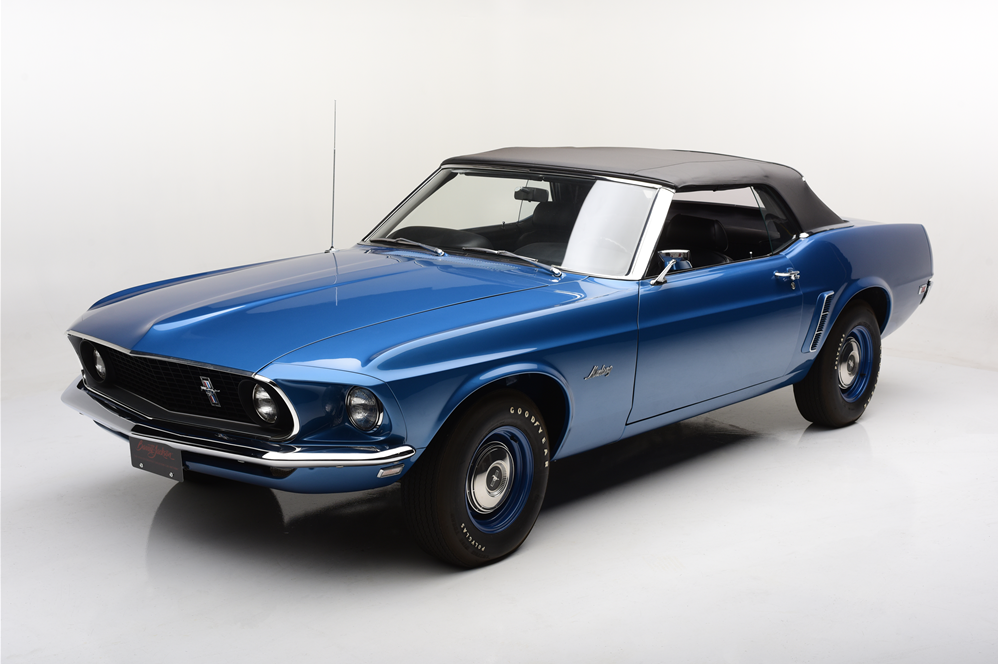 One of the rarest Ford Mustang convertibles ever, this car comes with documentation that includes the dealer invoice, Marti Report, restoration photographs — and even a historical photo of the car on the track. 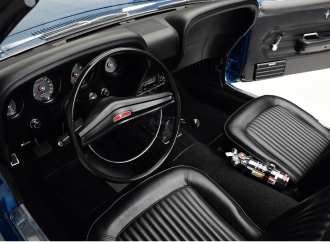 This 1969 Ford Mustang 428 is one of only 20 Q-code 428 Cobra Jet convertibles built with a 4-speed manual transmission. It’s also one of just 50 with the 428 CJ non-Ram Air engine and one of three painted in Acapulco Blue. It is the only one with an AM/FM stereo radio.

Originally ordered out of Elizabeth, New Jersey, and produced on April 8, 1969, the car, which has a competition suspension, has an illustrious racing history, setting an NHRA national record in E-Stock Eliminator in the early 1970s. 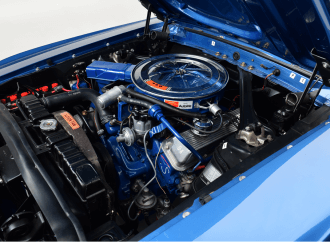 In its racing life, it ran in a number of \ classes, piloted by the team of Terry Dubowick, Rich Baldassari and John Presing.

It eventually made its way to Marcus Anghel’s acclaimed shop in Scottsdale, Arizona, for a full restoration.

Pick of the Day: 1993 Ford Mustang 5.0 packing a Paxton supercharger