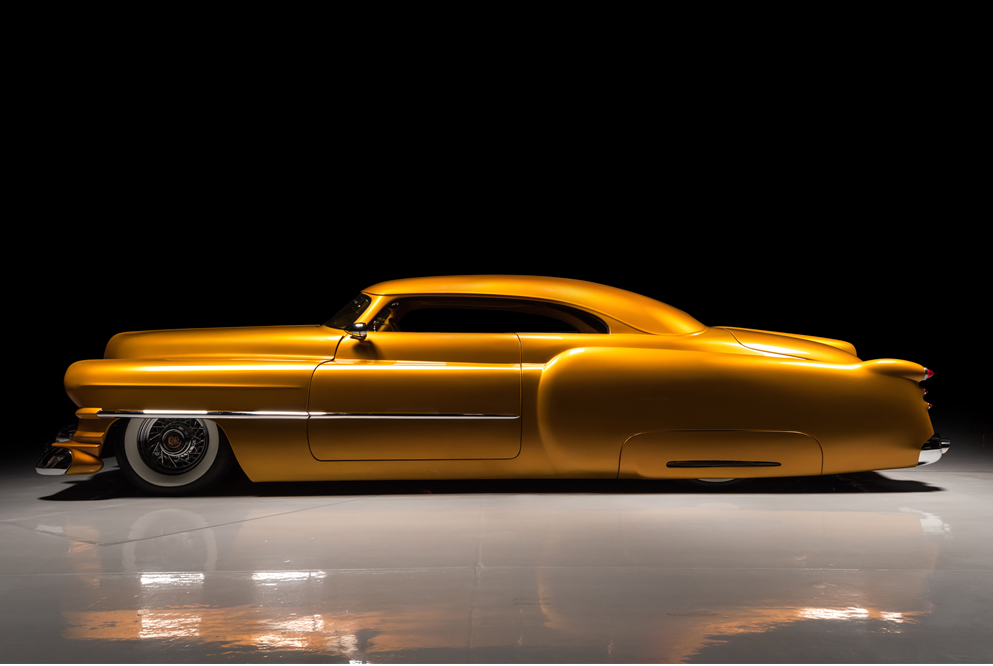 Hand-built by famous custom car builder John Gimelli, this multi-year build is known as “The Golden Dream.” This 1951 Cadillac Custom was an over-the-top, no-expense-spared vehicle. The car is a stunning gold, with black leather seats and the same gold in the interior. 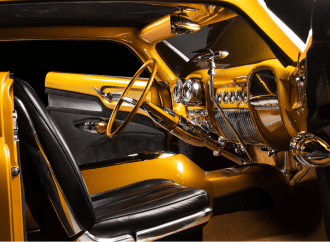 Some features include a custom split window, air-ride suspension, and power from an 8-cylinder engine with Bob Ream fuel injection liked to an automatic transmission.

This show-quality custom has been in a private collection until now.