Child-size cars on display at the Petersen

“Sidewalk Speedsters: The Grown-Up World of Children’s Cars” has opened as the newest exhibit at the Petersen Automotive Museum, which notes that child-size vehicles is a $430 million a year industry.

On display are child-size race cars of various vintages and power sources.

“While many adults may wonder whether owner-driven automobiles will continue to be part of the everyday driving landscape, small, powered children’s cars are growing in popularity among youths,” the museum noted in its news release.

“’Sidewalk Speedsters’ will mark a playful change of pace for the museum,” the museum’s chief historian, Leslie Kendall, is quoted in the release. 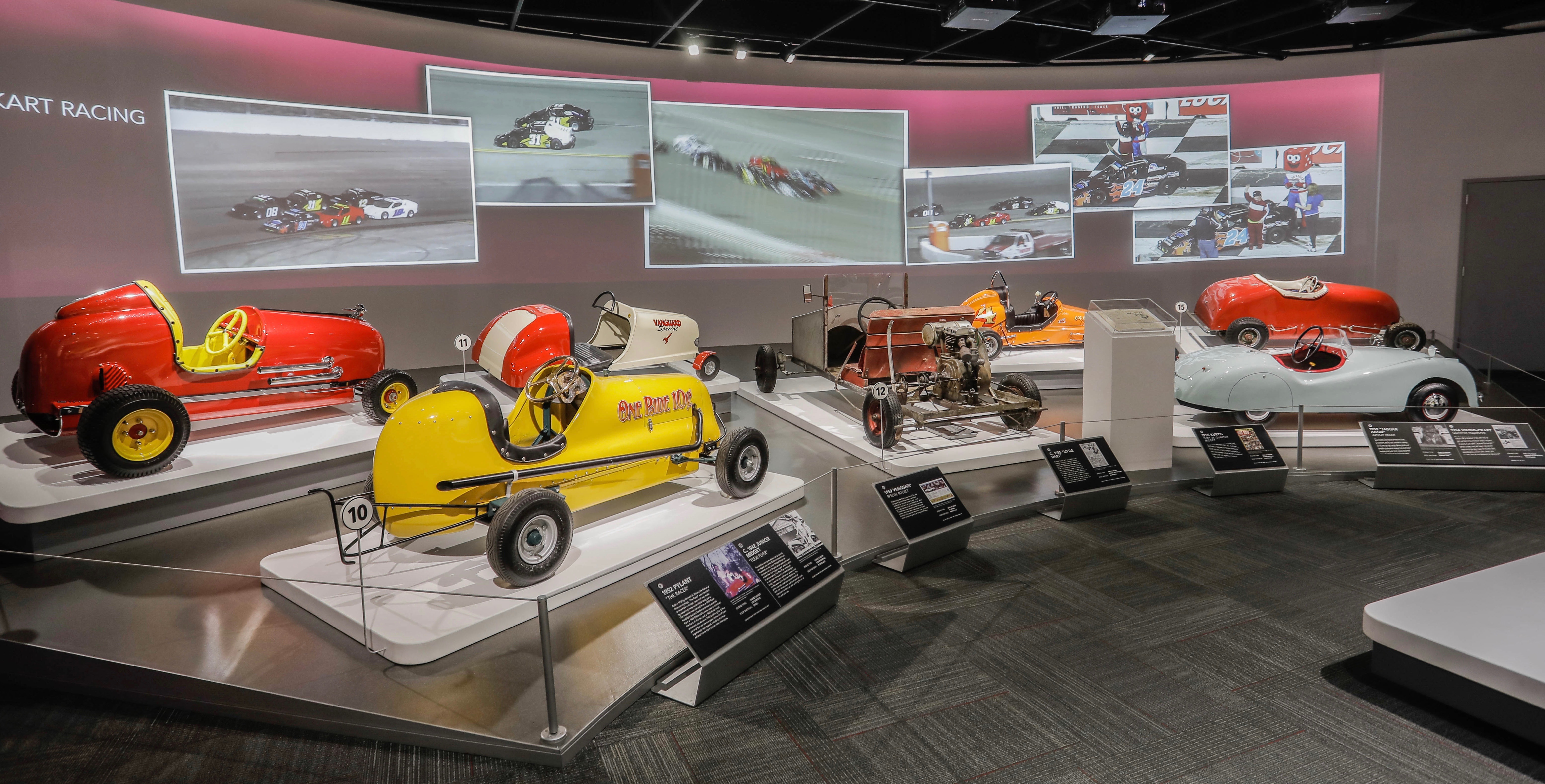 “I had so much fun choosing the vehicles on display, as I grew up racing similar cars. The whimsical selection will perfectly juxtapose the more serious presentations, adding an exciting element of surprise to the museum’s overall atmosphere.”

The exhibit, presented with the support of Lucas Oil, is located in the museum’s Charles Nearburg Family Gallery.

The Tucker Automobile Club of America and the AACA Museum in Hershey, Pennsylvania, announced Thursday that the Tucker club is ending its stand-alone status and becoming a membership category at the museum. As part of the change in status, the club, which has 200 members, will transfer its financial resources, archives and artifacts to the museum, which already houses the David Cammack Tucker Collection, the largest single collection of Tucker artifacts, including three automobiles, a test chassis and several engines.

The club approached the museum earlier this year about joining. “The synergies between our organizations were immediately apparent,”  Eric Breslow, Tucker club president, was quoted in the joint news release.  “This merger gives the TACA a much larger, long-term platform to accurately share one of the greatest stories in automotive history.”

The club was founded in 1973 to be “the gatekeeper of Preston Tucker’s legacy and was formed to connect owners and enthusiast, locate each of the surviving automobiles, and to accurately tell the history of the short-lived Tucker Corporation,” the release noted.

America on Wheels in Allentown, Pennsylvania, stages its match box car racing ramp day today from 11 a.m. until 3 p.m. and concludes its holiday train display and its “The Cars from Transformers” exhibit on Saturday.

Autobooks-Aerobooks in Burbank, California, hosts B.S. Levy and his The Last Open Road series of racing fiction on Saturday from 10 a.m. until 2 p.m.

Le May – America’s Car Museum in Tacoma, Washington, will extend its “Hoods Up for the Holidays” showcase through January 11.