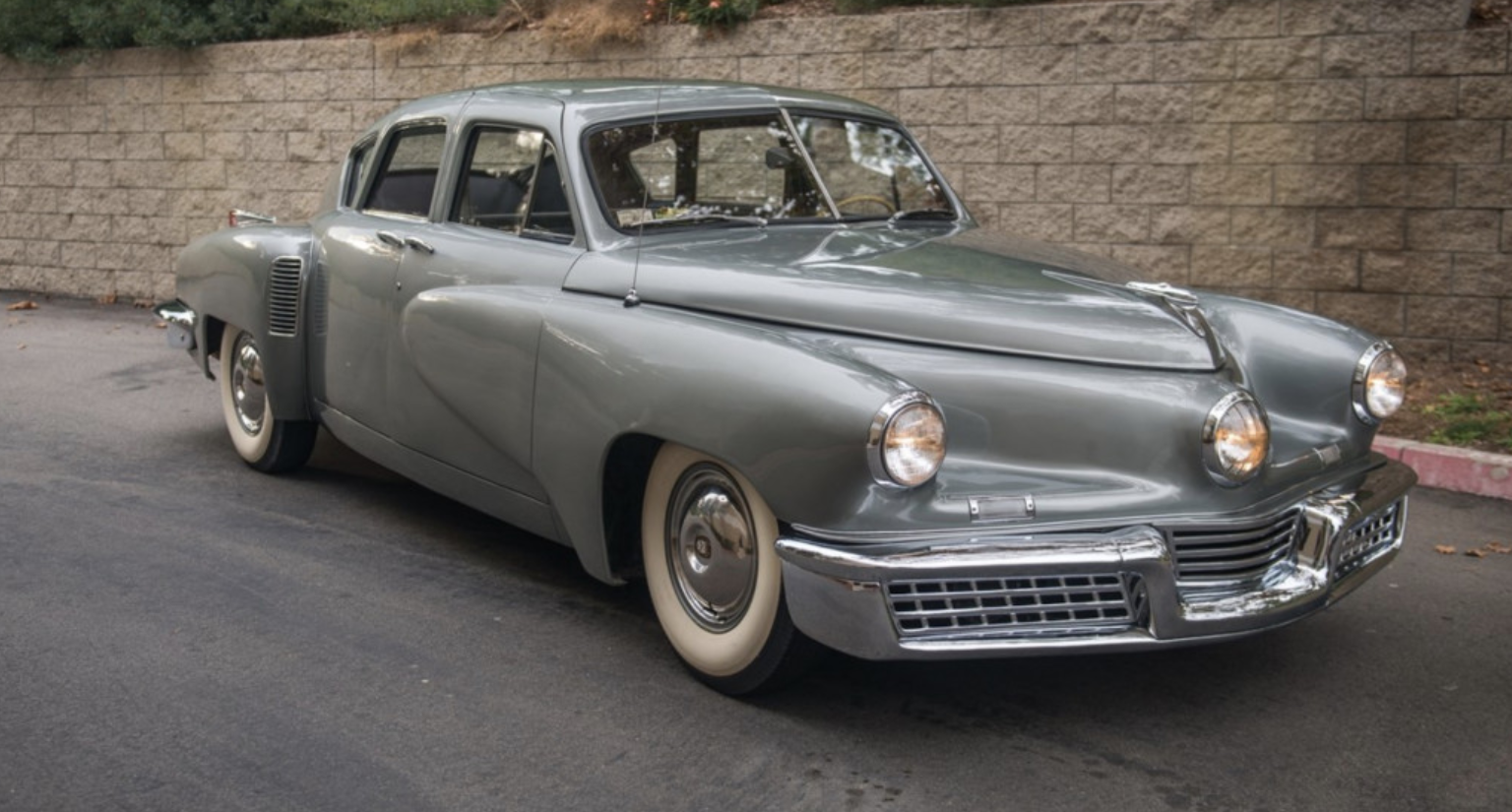 The Tucker Corporation was merely a flash in the late 1940s pan, but it remains an incredibly intriguing story in American automobile history. The company’s turmoil, conspiracy, and demise is a story that was documented, with some creative license, in the 1988 motion picture “Tucker: The Man and His Dream,” starring Jeff Bridges and directed by Francis Ford Coppola. Only 51 Tucker sedans were produced and 47 survive. One very important survivor will grace RM Sotheby’s Arizona auction on January 18. It’s not only rare, it was Preston Tucker’s personal car.

The Tucker 48, first dubbed the Tucker Torpedo, was developed as a revolutionary car for the time. It had many features and innovations, some of which would become commonplace on cars that would follow and others that proved to be engineering oddities. Among the highlights were fuel injection, a torque converter, and disk brakes. However, many of these facets didn’t make it to the 51 prototype cars due to time constraints and pressure from outside entities.

This particular Tucker 48 is car number 1029. It’s the same car featured in the promotional launch film for the automaker, “The Tucker: The Man and the Car.” The film featured vehicle 1029 in the opening scenes. After its promotional use, Tucker drove the car for seven years before he sold it to Arkansas governor, Winthrop Rockefeller. After five years in his care, the Tucker surfaced for sale again in Los Angeles, California, in 1959.

In 1967, James Brown’s agent, Jack Bart, purchased the car and it was repainted in its original color. Car 1029 would also star as one of 22 original Tuckers in Coppola’s aforementioned 1988 film. Even after a handful of owners, the Tucker shows just 19,199 miles on the odometer.

RM Sotheby’s will offer the rare piece of American automobile history with no reserve, but that hasn’t stopped the car from garnering a high-dollar valuation. According to the auction company, the Tucker 48 is predicted to fetch between $1.25 million and $1.5 million. We will find out just how much it commands in January.

Hershey auction features — what else? — classics