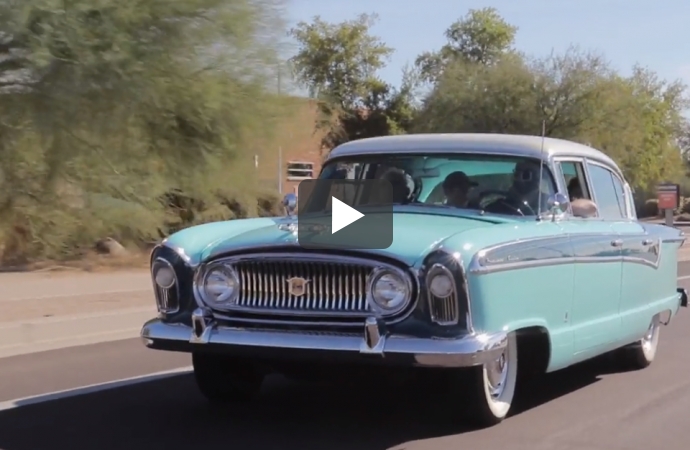 Classic cars are more than just driving machines, they’re time machines. Family road trips. First dates. Weddings. Funerals. Chances are the cars associated with those events can be easily recalled. At least that was the case with Patrick McKay.

An Irish immigrant who realized the American dream during the 1950’s, Patrick was a full-time bus driver, business owner and adventurer. When he wasn’t driving buses, Patrick wanted to ride in style. This lead him to purchase an ultra-stylish 1956 Nash Ambassador.

The Nash was the focal point of Patrick’s life as a young adult. He impressed his wife on their first date with that car. They drove it on their honeymoon. It became the touring vehicle for his families many adventures. The Nash was the beginning of a legacy.

But when an employee of Patrick’s was in need of a vehicle, Patrick agreed to sell it to him for 75 dollars. That employee later perished in a collision, along with the Nash.

Even 50 years after losing his precious Nash Ambassador, Patrick considered that car “the one that got away”.

As his health began to fail, and his mind succumbed to the affects of dementia, Patrick’s conversations would often drift back to the Nash and the fond memories it provided. One of his final wishes was to take one last ride in a blue 1956 Nash Ambassador.

With the help of his family and ClassicCars.com, Patrick McKay got his wish.

Pick of the Day: The big Nash