A fun car that might bring out the diva in you 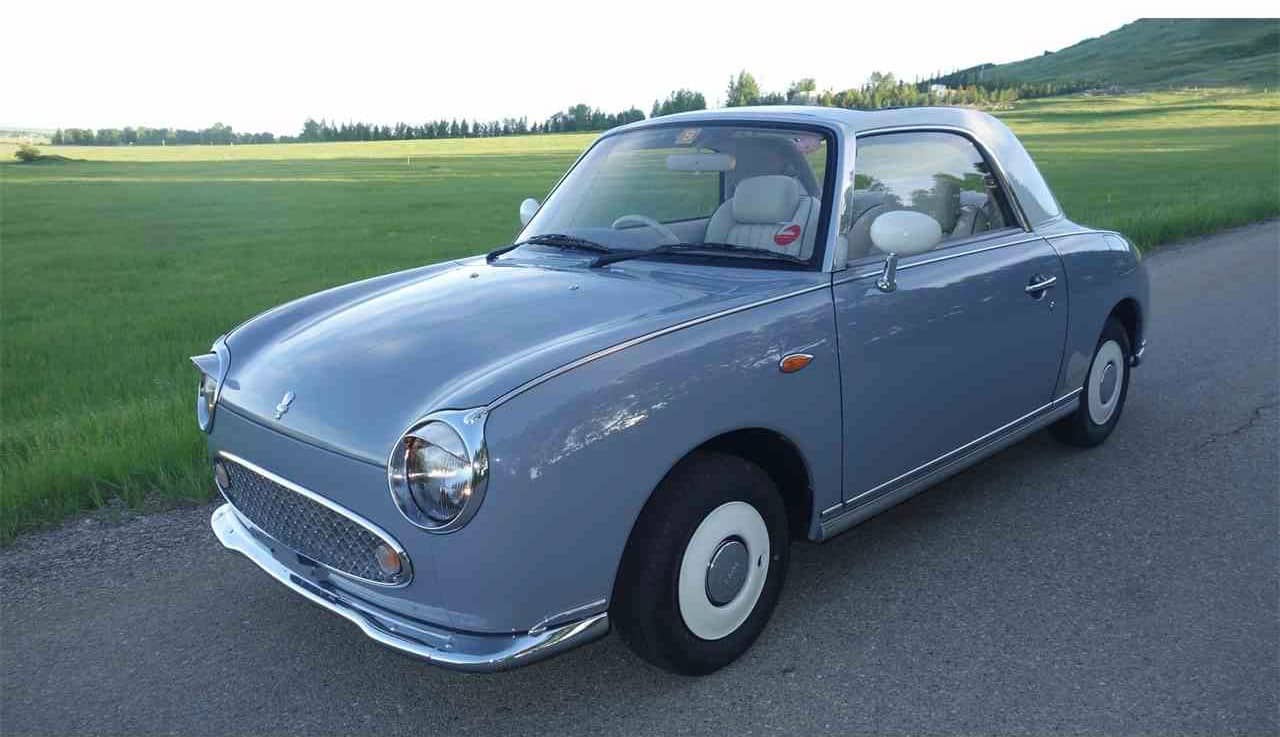 Back in the early 1990s, someone from General Motors called the AutoWeek office to see if we’d like to borrow the Nissan Figaro that the company had purchased and used for some comparative testing, before the car was sent to the crusher.

Car companies often buy each other’s products for such testing, which sometimes includes a complete tear down. With imported vehicles coming in on special waivers, the cars cannot be resold but are required by the federal government to be crushed. Thus, the call from GM and the opportunity to spend part of two months driving a strange but delightful little car with an operatic name. 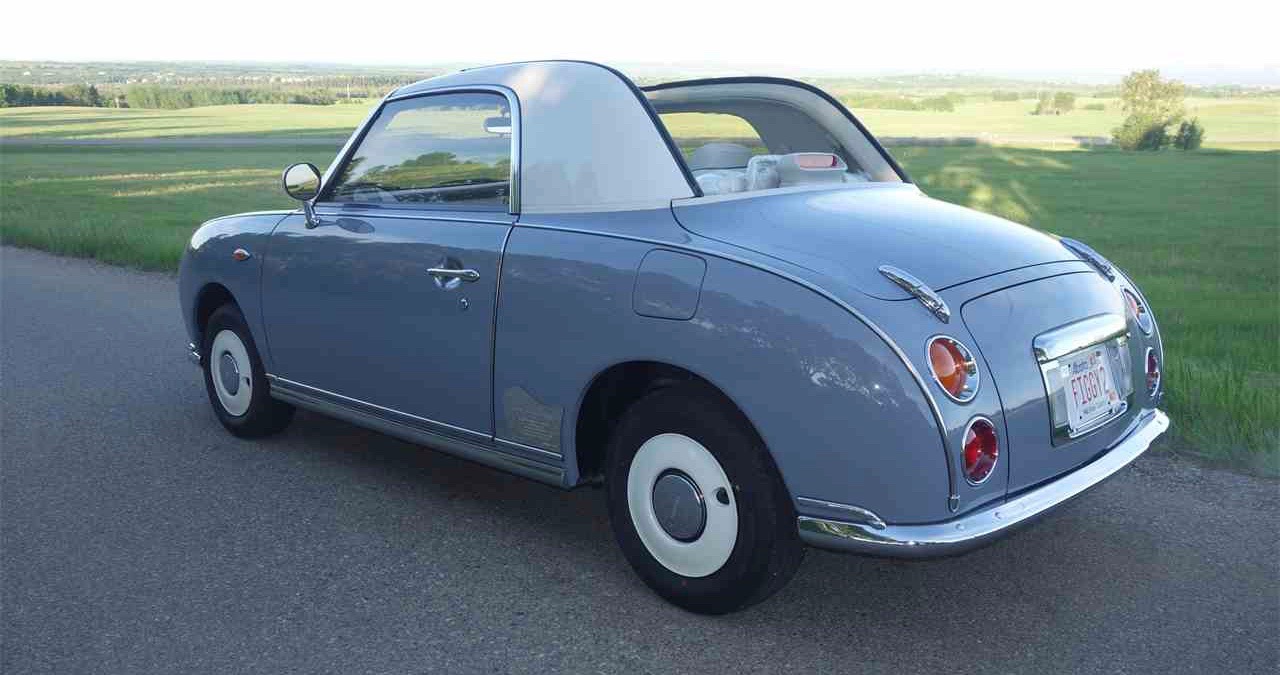 Which brings us to Pick of the Day, a 1991 Nissan Figaro that was privately imported and thus is eligible to be resold. And not just any Figaro but one that has been driven only 300 kilometers since new, according to the private seller who placed an advertisement for the car on ClassicCars.com.

The seller says the car is in “showroom” condition and is believed to be the lowest-mileage Figaro on the road today. The seller notes that Nissan built only 20,000 Figaros and an estimated 12,000 are still being driven.

Being designed for the Japanese market, and strongly inspired by ‘50s-era Peugeots, the cars have right-hand drive. This one was purchased in Japan but stored in the original owner’s garage for more than 25 years until it was imported to Canada earlier this year. The car is located in Calgary, Alberta.

“It has a perfect Japanese 5/5 grade for both interior and exterior,” the seller assures. “The back seat has the original plastic wrap from the factory still on it. You will not find a better example of a Nissan Figaro in existence today.”

Figaros were produced as “city” cars. Their turbocharged, 987cc four-cylinder engines provided just 77 horsepower, but the car GM offered to us at AutoWeek was comfortable at highway speeds.

We had the car for two months and drove it all over southeastern Michigan, taking it to local cars shows and one weekend to the NASCAR race at Michigan International Speedway, where Dale Earnhardt Sr. took a particular liking to the little green machine with the slide-back convertible top and insisted, despite NASCAR restrictions, that we take it on a tour through the garage area so other racers and crew members could see and enjoy it as well. 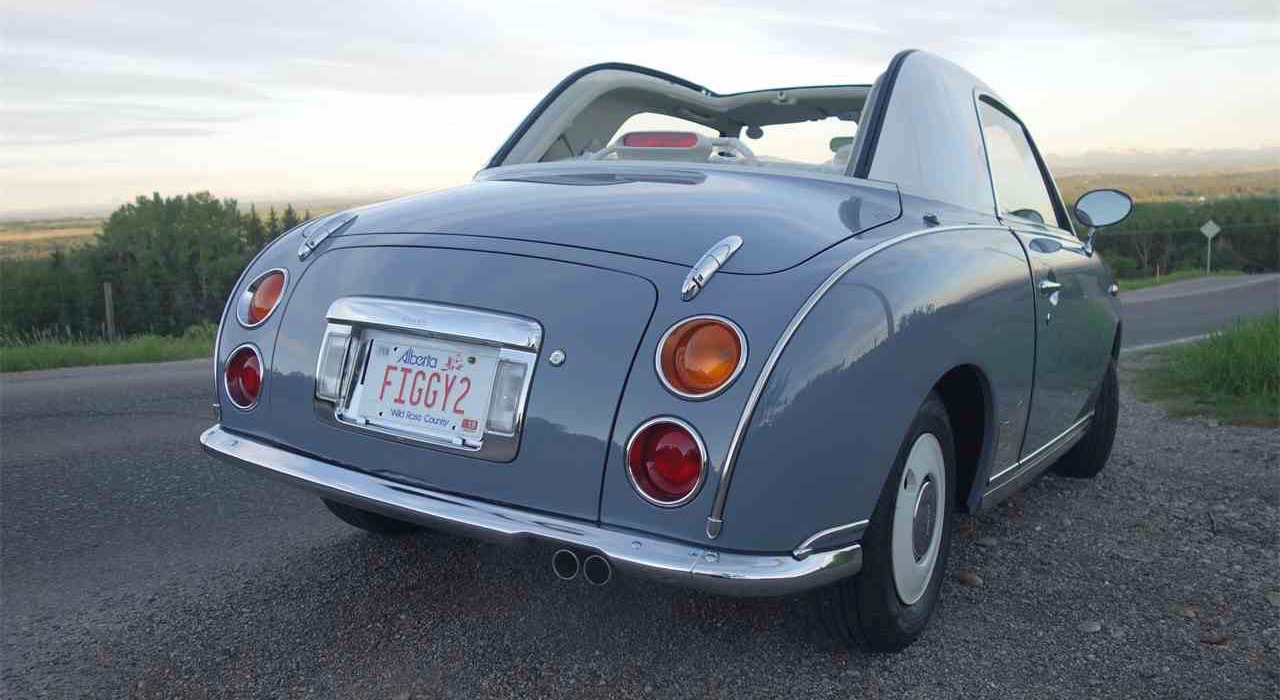 The car being offered in the ClassicCars.com advertisement for $49,995 (or best offer) is Lapiz Grey with white leather interior. It has air conditioning, AM/FM/CD, automatic transmission and power brakes/steering/windows.