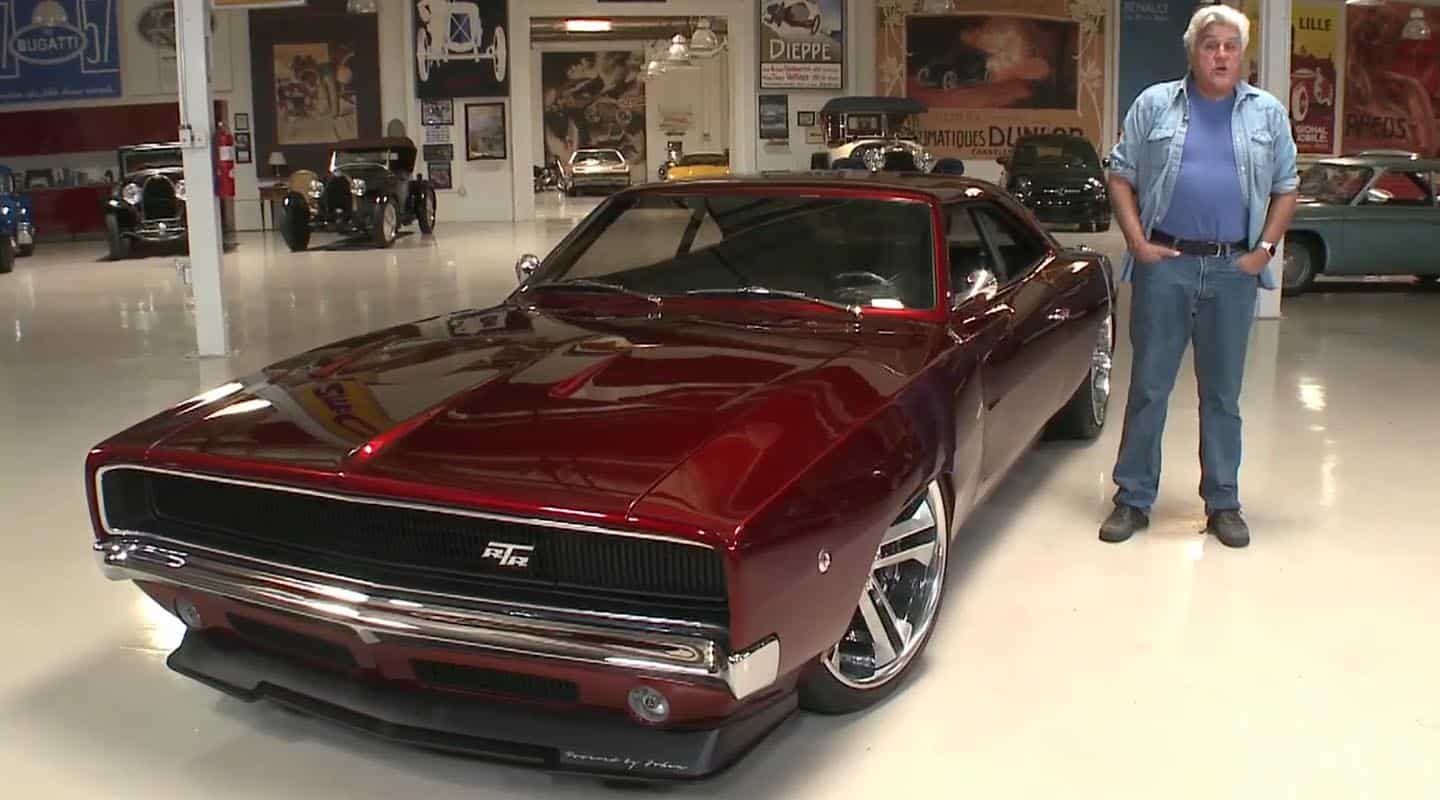 One special 1968 Dodge Charger RTR made its debut at the 2017 SEMA show this past October, but somehow, it flew under the radar and got little press attention. Now, Johan Eriksson, the car’s creator, has dropped by Jay Leno’s Garage—all the way from Sweden!—with the custom Charger and we can really pore over the details.

Incredibly, Eriksson and his small team did the work themselves out of their own small shop in Scandinavia. In total, the Swede said it took about five years to finish the entire project. But it shows in every painstakingly crafted detail inside and out. Leno even proclaimed the work is on par, if not better, than major shops in the United States would do. So, what is it about this custom Charger that makes it so special?

Eriksson said he first found the old Charger in Sweden in sorry shape after a life spent as a race car. The body was saved, then bonded to a Chevrolet C6 Corvette chassis, and completely made over to be what you see here. It’s a mesmerizing build. Dodge design, Chevrolet underpinnings, and the power? Also Dodge. The Viper’s massive 8.4-liter V-10 engine sits under the hood, complemented by a twin-turbocharger system. The engine makes 1,000 horsepower as it stands, but Eriksson said 1,500 hp would be just as easy.

The interior is awash in custom aluminum, all hand-formed by Eriksson, with a 6-speed manual shifter properly in place. It’s a Hot Wheels car for real life. Grab a closer look at the build in the video above.