The legend, culture and passion of Alfa Romeo 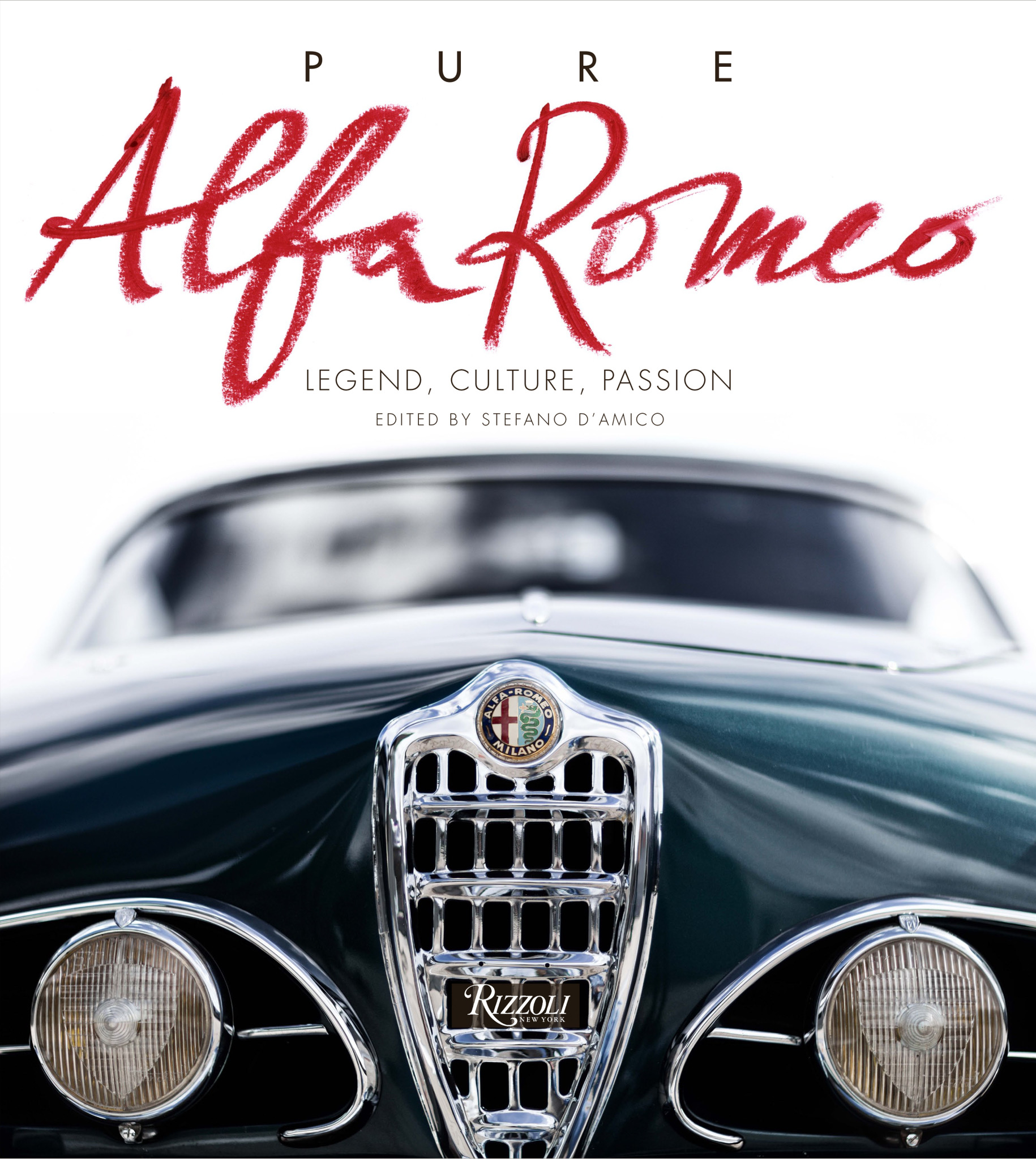 With Alfa Romeo returning not only to the United States automotive marketplace but even more recently announcing its return to Formula One racing (albeit with the Sauber cars wearing its livery powered by Ferrari engines), the timing seems excellent for a book sharing the legend, culture and passion of the brand.

That book is Pure Alfa Romeo, due to be published in February, but with publisher Rizzoli sharing an advance copy of the English version with us for purposes of this review.

The large format book was compiled by the Registro Italiano Alfa Romeo, the international club that records the brand’s history and vehicles, and was edited by its long-time (33 years) president, Stefano d’Amico, who worked closely with the Alfa Romeo Museum. The book’s Preface is by Mario Andretti, who writes of seeing Alfa Romeo racers in his native Italy, and of racing for Alfa in long-distance sports car events, including 24 hours at Daytona and 1,000 kilometers at Monza.

Some people will want the book to learn the history of the brand. Others will be drawn to the photography and other illustrations. “Luscious” and “gorgeous” are notes I made in reference to many of the photos, especially those of the 1934 6C 2300 Pescara, the 1938 6C 2300 B Mille Miglia, and the breathtaking 1931 6C 1750 Gran Sport, among others.

And those are just photos of the cars themselves. There also are shots of such details as the stunning taillamps of the 1961 Giulietta Spring Speciale, an on-the-road photograph of vintage Alfas competing in a Swiss rally in 1993, some early advertising posters, and a painting that shows Uncle Sam tipping his hat to an Alfa (an homage to a comment Henry Ford once made about his appreciation for seeing Alfas on the road).

There’s also a remarkable image of Franco Venturi, in a suit and two-tone wing tips, standing next to his amazing 8C 2900 B Aerodinamica, the car parked in Porta Pinicara near Rome’s via Veneto with Venturi seeming unconcerned about the fact that the left side of his car is deeply scared from a mishap suffered while there were racing in Pescara.

Enhancing the value of what might simply have been a fantastic book of wondrous images are the words, especially those of opening chapter that share not only the automaker’s history, but the evolution of the Alfa emblem, how it came to be joined by the shamrock, the shooting of company head Ugo Gobbato while he was riding a bicycle to work on the first day after the end of World War II, how Alfa nearly became part of Ford before being enfolded into Fiat, and a list of — but sadly not photographs of — the company’s amazing concept cars since the late 1990s. Perhaps they simply are too new to register for the registry?

Or perhaps we must be delighted with this book while we eagerly await a subsequent work from the group on the more recent Alfa Romeo cars and concepts?

A Cache of Cunninghams

Question of the Day: What is your favorite sports car?