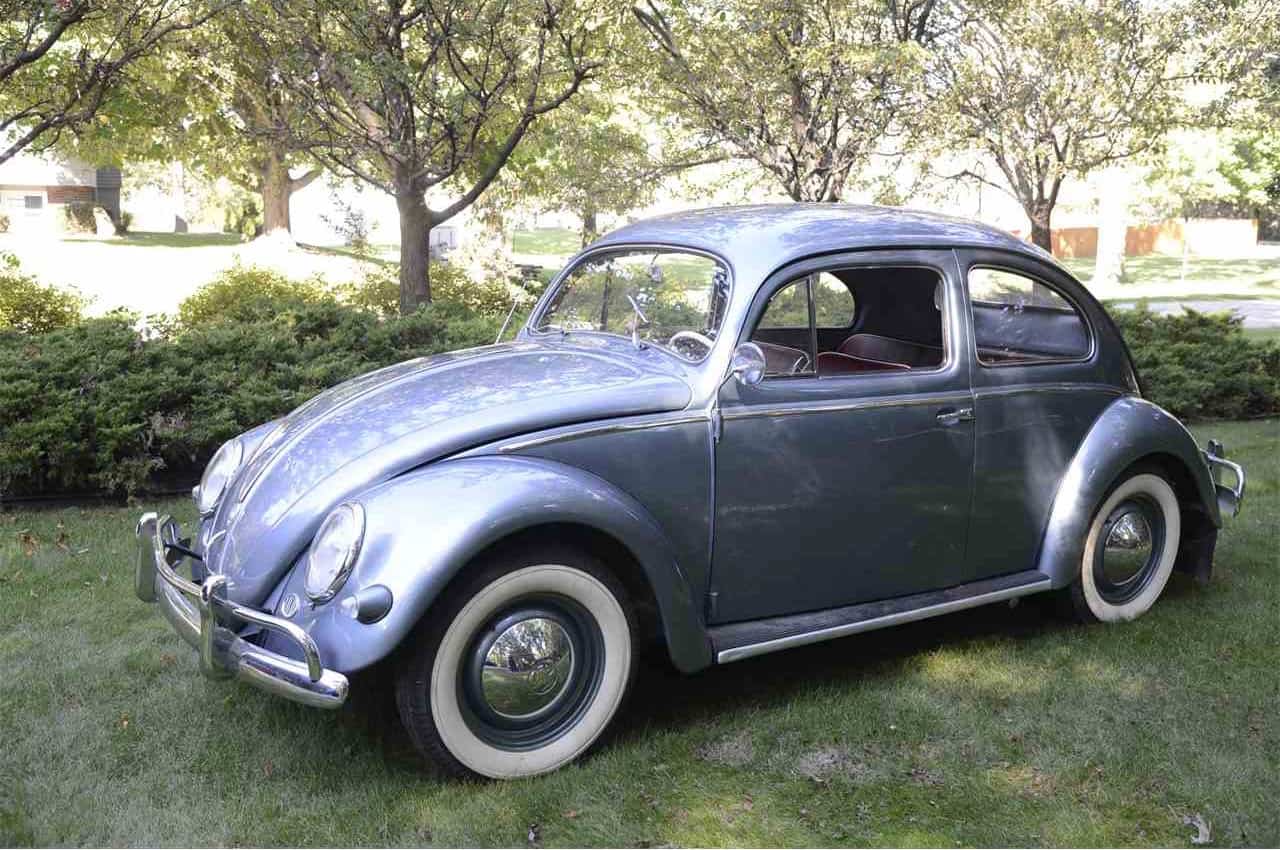 I’m tempted to try to regale you with the story of how, at age 16, I rented a cottage on a lake near Warsaw, Indiana, and took my grandmother on vacation there — I had a part-time job and could afford the week’s rent, but no car to get there, but Grandma did: ’57 Ford V8 with 3 on the tree.

Years later, our young family was driving to that same lake in my then-wife’s second- (or maybe by then third- or fourth-hand) 1964 Volkswagen Beetle when two seemingly Olympic-class long-jumping deer that were running through the farm fields jumped clear over the car. No hooves even brushed the roof. Give those deer gold medals!

Instead, I’ll simply share the Pick of the Day, a gorgeously restored 1957 Volkswagen Beetle that the private owner in Warsaw, Indiana, is selling “due to a family situation,” according to the car’s advertisement on ClassicCars.com.

The car is one of the desirable oval-window early cars.

The body was sand-blasted, primed and covered with multiple coats of Light Silver Blue DuPont. The seller notes, however, that a bubble has developed in three small areas under part of the base coat. Photos are included in the advertisement and, “Those are the only minor defects in the exterior finish,” the seller promises.

The Volkswagen has been driven only 61,841 miles since new, and less than 2,200 since the restoration was completed.

The seller notes that the car has been garage kept and comes with a custom cloth car cover.

The asking price is $20,000, which would seem high if not for the apparently quality restoration on a very desirable Beetle from the oval-rear-window era.