NASCAR’s birthplace gets a resto-mod update

Winter or summer, there are lots of things to do in and around Daytona Beach, Florida, the city that calls itself the World Capital of Speed. The 24 Hours of Daytona, then Bike Week, then the Daytona 500, Spring Break, the Pepsi 400 NASCAR race in July, Biketoberfest in October, the Classic 24 Hour At Daytona in November, etc.

One thing we suggest you do next time you’re there is to visit the Streamline Hotel, just two blocks north of International Speedway Boulevard and one block from the beach at 140 S. Atlantic Boulevard.

The hotel, opened in 1940, is an Art Deco masterpiece, with big curves, a rooftop tower, glass block walls, and a rich history. That history includes the day in 1948 when Bill France and a group of local businessmen, racers, city officials and entrepreneurs gathered at the hotel and created the National Association for Stock Car Auto Racing, which we know as NASCAR. 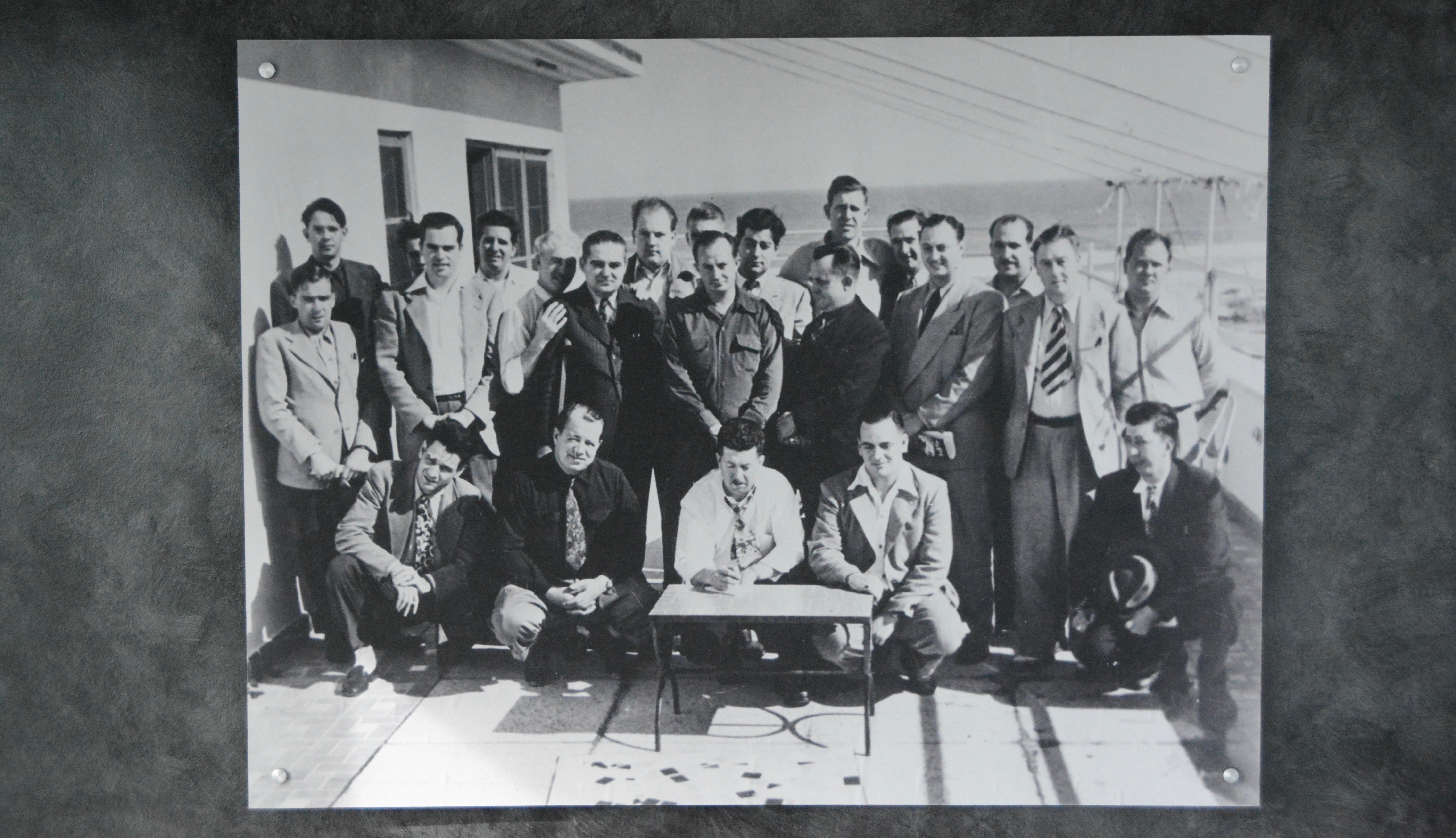 The hotel, which was built, rebuilt, bought and sold many times since 1940, was once the headquarters of the WWII Women’s Army Corps, was reputedly frequented by mobsters and bootleggers, became a retirement home, served as a Freemasons lodge, and later served as a $2 a night hostel.

In 2014, it was bought by hotelier and Daytona booster Eddie Hennessy, completely remodeled inside and out, at a reported cost of $3 million, and had its grand reopening earlier this year.

Inside, it’s nothing like the original. There is a blue neon sign over the front doors that reads The Birthplace of NASCAR.

In the glitzy lobby, there are comfortable chairs and couches, antique furniture and radios, a giant aquarium, a curved breakfast bar with pink neon bands, and a giant poster of Bill France on the beach at Daytona next to a ’35 Ford wearing a too-small football helmet and a tie.

There are historic NASCAR photos and memorabilia all over the place, and the rooftop lounge, riddled with Art Deco touches, is built for late-night partying. The hallways are festooned with more blue neon, and the 46 guest rooms on three floors are all decorated in crisp, clean black and white.

Rooms during the recent vintage sports car race weekend were just over $100 a night, a real deal considering the hotel’s history, and its location less than five miles from the speedway.

Jim McCraw
Jim McCraw has been writing about cars, motorcycles, design, technology, car people and racing for 50 years, in such publications as Hot Rod Deluxe, Super Chevy, Muscle Mustangs, Road & Track, Car and Driver, Popular Mechanics, Popular Science, Penthouse, Winding Road, The Mercedes-Benz Star, AutoWeek, The New York Times, and a number of European publications. He was executive editor of Motor Trend, editor of Hot Rod and Super Stock. He co-holds the record for the drive from Prudhoe Bay, Alaska, to Key West, Florida, 96:22, and has run in major events such as the Mille Miglia Storica in Italy, Goodwood, the California Mille, the Colorado Grand, the New England 1000, Forza Mille, and four One Lap Of America competitions He owns a pristine Mercedes-Benz E-Class sedan.