“Big Daddy” Ed Roth had a unique vision, which he expressed in the form of the wildest and most trend-setting custom cars of the 1950s and ’60s. Beatnik Bandit, Outlaw, Orbitron, countless freaky cartoons and the immortal Rat Fink were some of the creations that made Big Daddy’s work the apex of custom car culture in Southern California.

The Amelia Island Concours d’Elegance has announced that “a full class of the outrageous customs” built by Big Daddy Roth will be featured at the March 2018 staging of the Florida event. 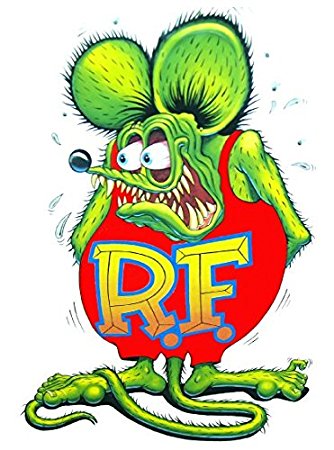 Born in 1932, Roth was a counterculture hero to many, famously designing the drooling, bug-eyed Rat Fink as an anti-Mickey Mouse, which he found to be a sickeningly sweet emblem of middle-class America. Rat Fink was a huge hit in the ’60s, and the sale of toys, models, decals and millions of T-shirts provided Roth with the funds to pursue his love of building custom cars and motorcycles.

Roth’s cars became stars in themselves, often appearing in movies as well as the covers of custom car magazines. Beatnik Bandit in particular was a landmark custom that sparked a new direction in creative car building. Roth continued to influence car culture until his death in 2001.

“The custom car era of the 1950s and 1960s was an interesting mutation of the ‘dream car’ epoch that swept through the Big Three and the hot rod scene of that time,” Bill Warner, founder and chairman of the Amelia Island Concours, said in a news release. “Roth pushed things well beyond the edge of the envelope. Then he tore up the envelope.

“His customs were three-dimensional versions of his cartoons.  This is going to be fun. Weird, but fun.”