A couple of weeks ago, the upper level of the South Hall at the Las Vegas Convention Center was packed from end to end with wheels, tires and other automotive aftermarket products being displayed at the annual SEMA Show.

While this may be an inaugural auction, Mecum is familiar with the locale, having staged a private museum sale in Las Vegas a few years ago and each January, and now also each summer, also doing vintage motorcycle auctions just beyond the south end of the famed Las Vegas Strip.

And while this is, indeed, an inaugural sale, anyone else putting on collector vehicle auctions in Las Vegas better not bring just its A game but it’s A-plus game because the quality of the cars at this event not only is outstanding, so is the way they’re displayed.

With nearly 450,000 square feet of room, cars can be properly showcased, and the several collections being offered at the auction each have their own display areas.

Quality seems to match quantity on this docket, to the point that I found so many cars I liked, I’m doing not only this Larry’s likes story, but another one that we’ll publish tomorrow morning, featuring station wagons and vans.

If you don’t see anything here to there that ignites your motor, it’s my fault, not Mecum’s. My tastes tend not to be drawn to muscle cars and exotics, of which there are plenty here from which to choose. I’ve also ignored the cars scheduled to cross the block today (Thursday), and focused instead on cars being offered Friday and Saturday.

To view the full docket, visit the Mecum website. 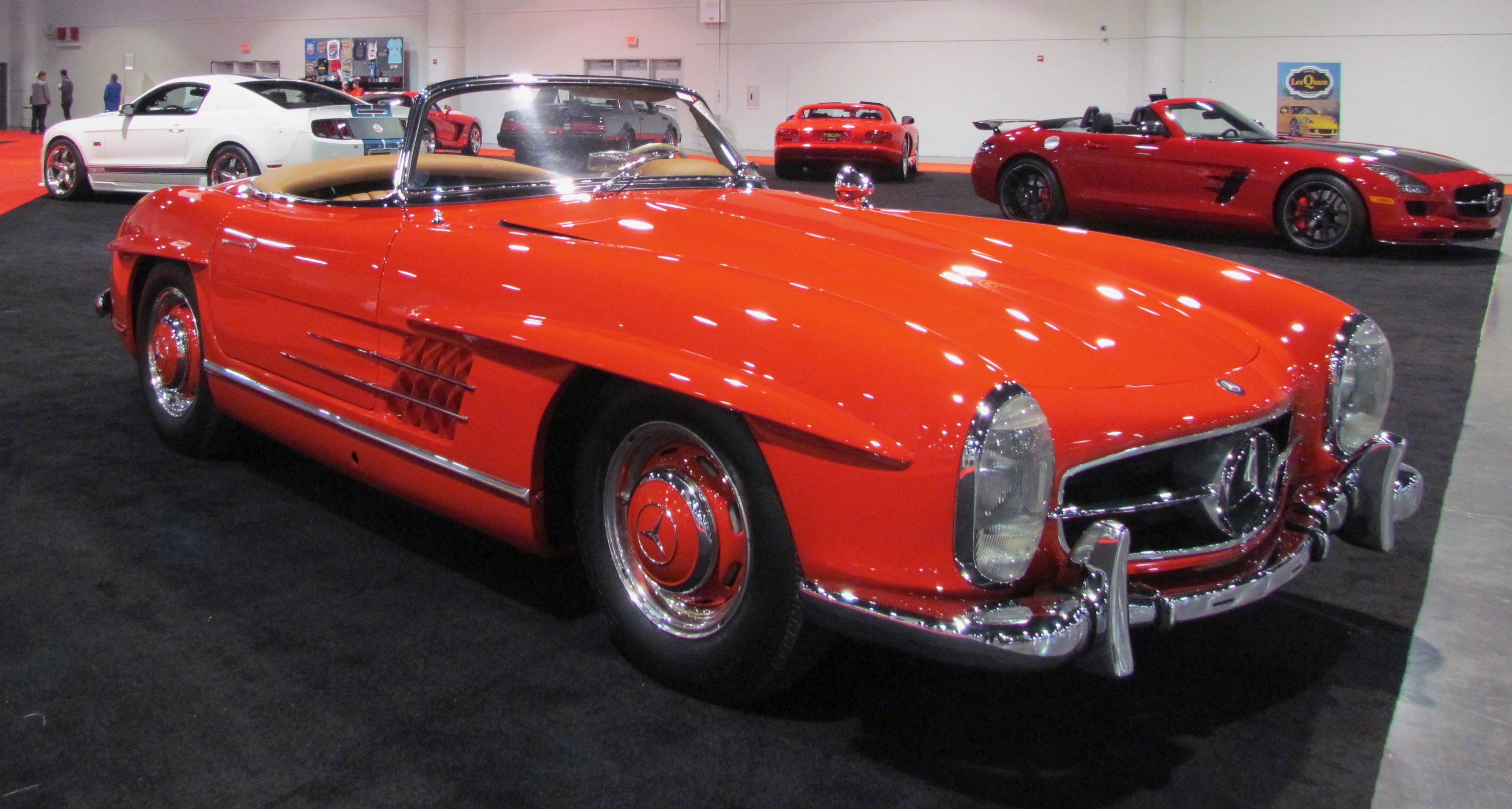 Among the “Main Attraction” lots is this numbers-matching (chassis, body, engine, 4-speed manual transmission and differential) 300SL which recently received a fresh coat of Fire Engine Red paint. It also has gotten new saddle-tan leather interior and tan top. The car originally was delivered in Caracas, Venezuela, where it resided until being imported in 2014. 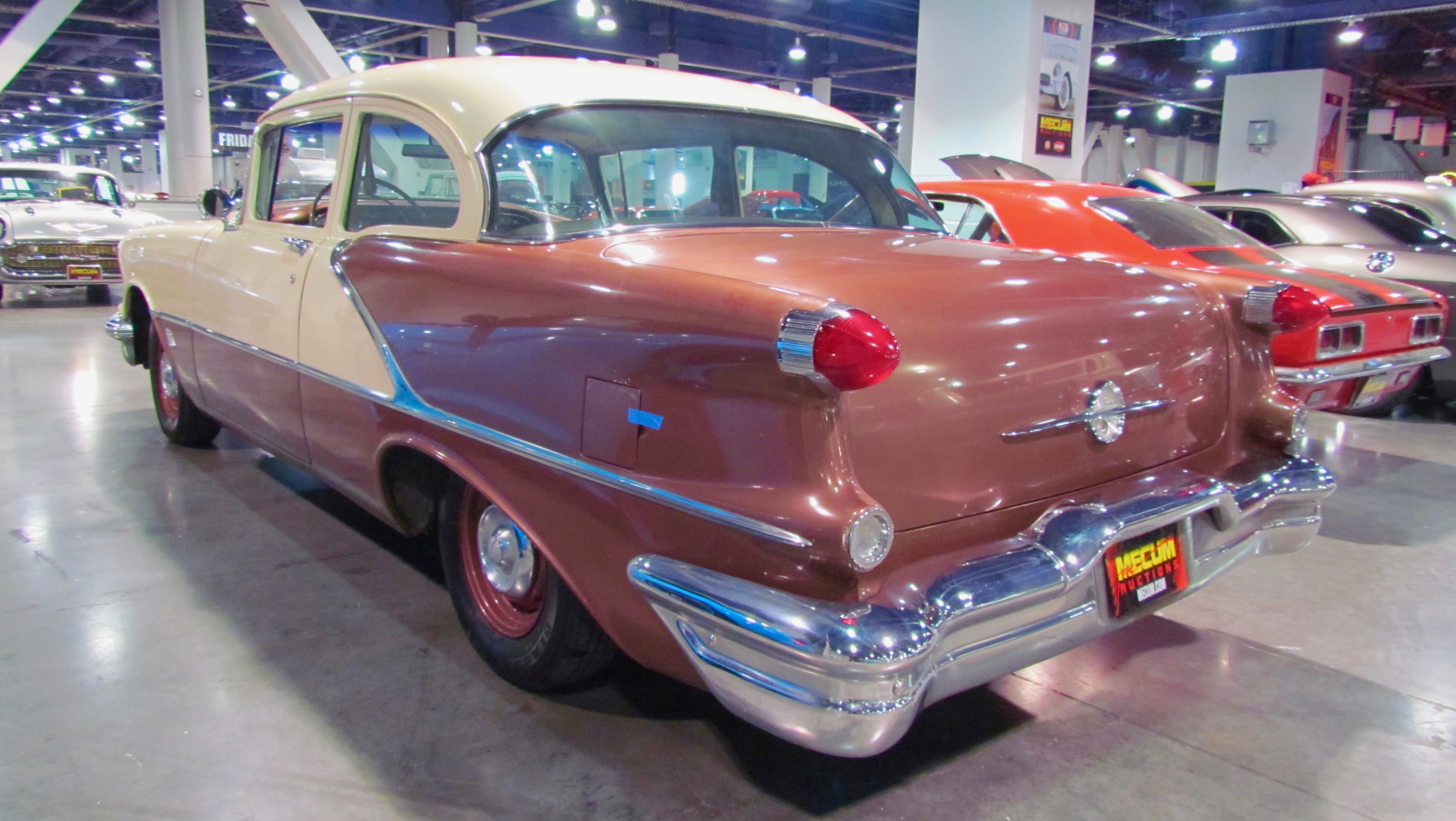 Yes, it looks like this car needs some TLC, and it does. For example, it has not been driven in ages due to a transmission-seal leak. And it looks like it does because it had been put away in storage back in 1978 so it’s all original except for its tires and battery. The original 324cid V8 is under the hood, connected to an automatic transmission.

I first saw the ’63 T’bird with its sportback tonneau over the back seats, and I’ve always been a sucker for that look. But then I saw the turquoise ’60 and wasn’t sure which one I wanted, so I’m offering them both for your consideration. 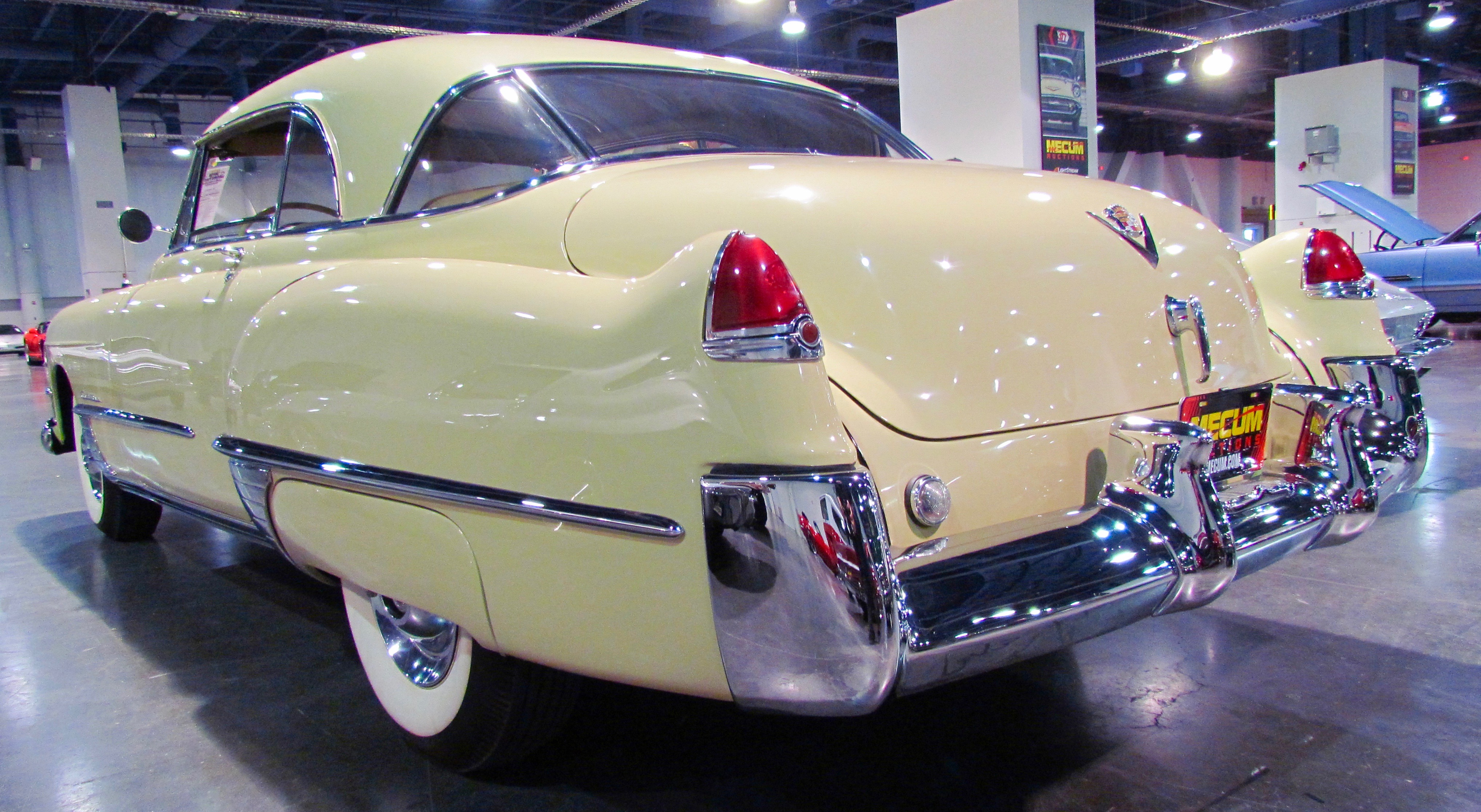 ’49 was the first year for the Coupe DeVille. This hardtop is nicely presented, powered by a V8 engine and wearing Fiesta Ivory paint with a tan interior. 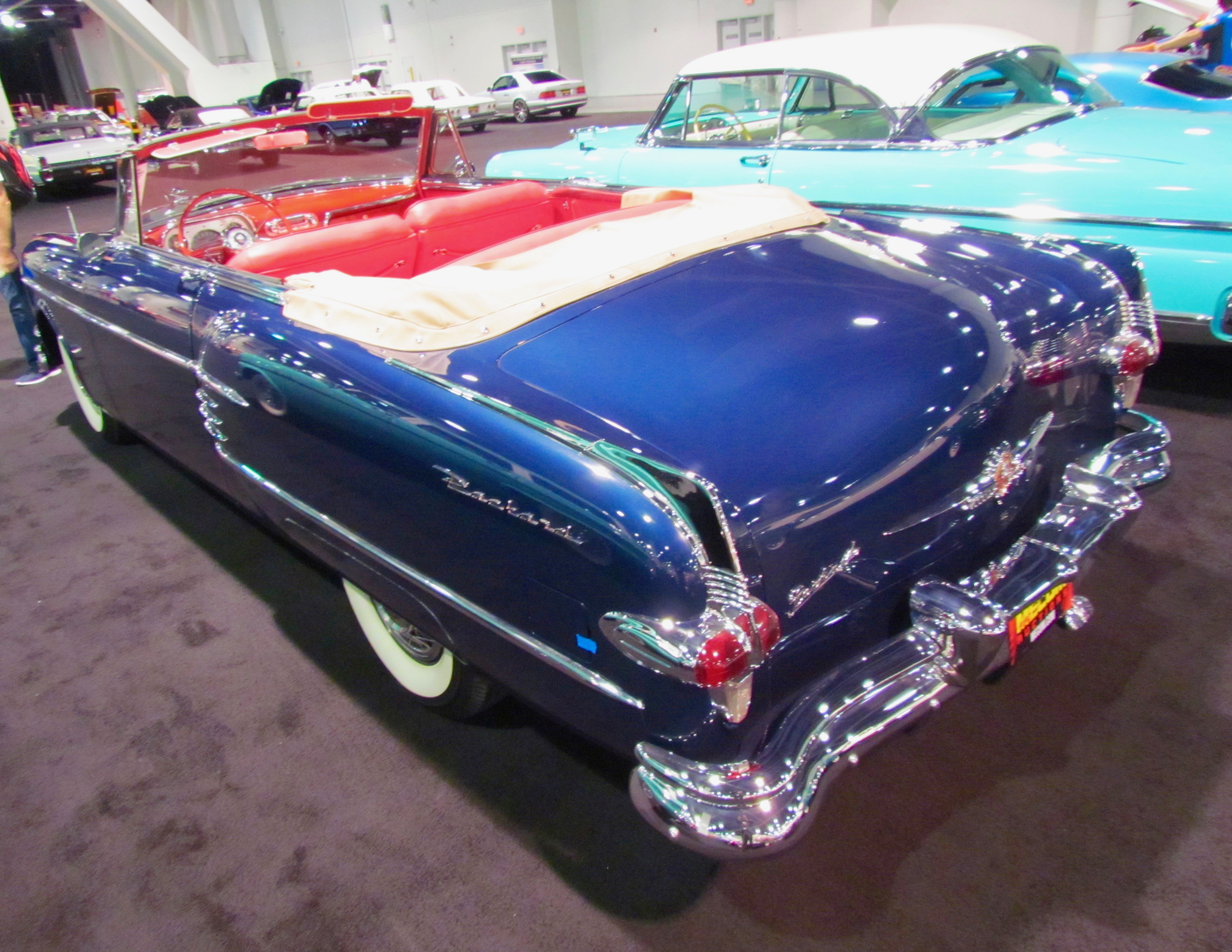 Packard built only 863 convertibles for the 1954 model year and this one has been owned by the same family for 54 years. In addition to its stunning blue over red-and-white colors and cream-colored top, it has its 359cid straight-8 engine, and the 53,000 miles showing on the odometer are believed to be the total distance it’s ever been driven.

Everybody has a ’57 Chevy, but how often do you see such a slick ’57 Pontiac, complete with a 347cid V8, automatic transmission, power steering and Vintage Air, as well as a Continental kit? 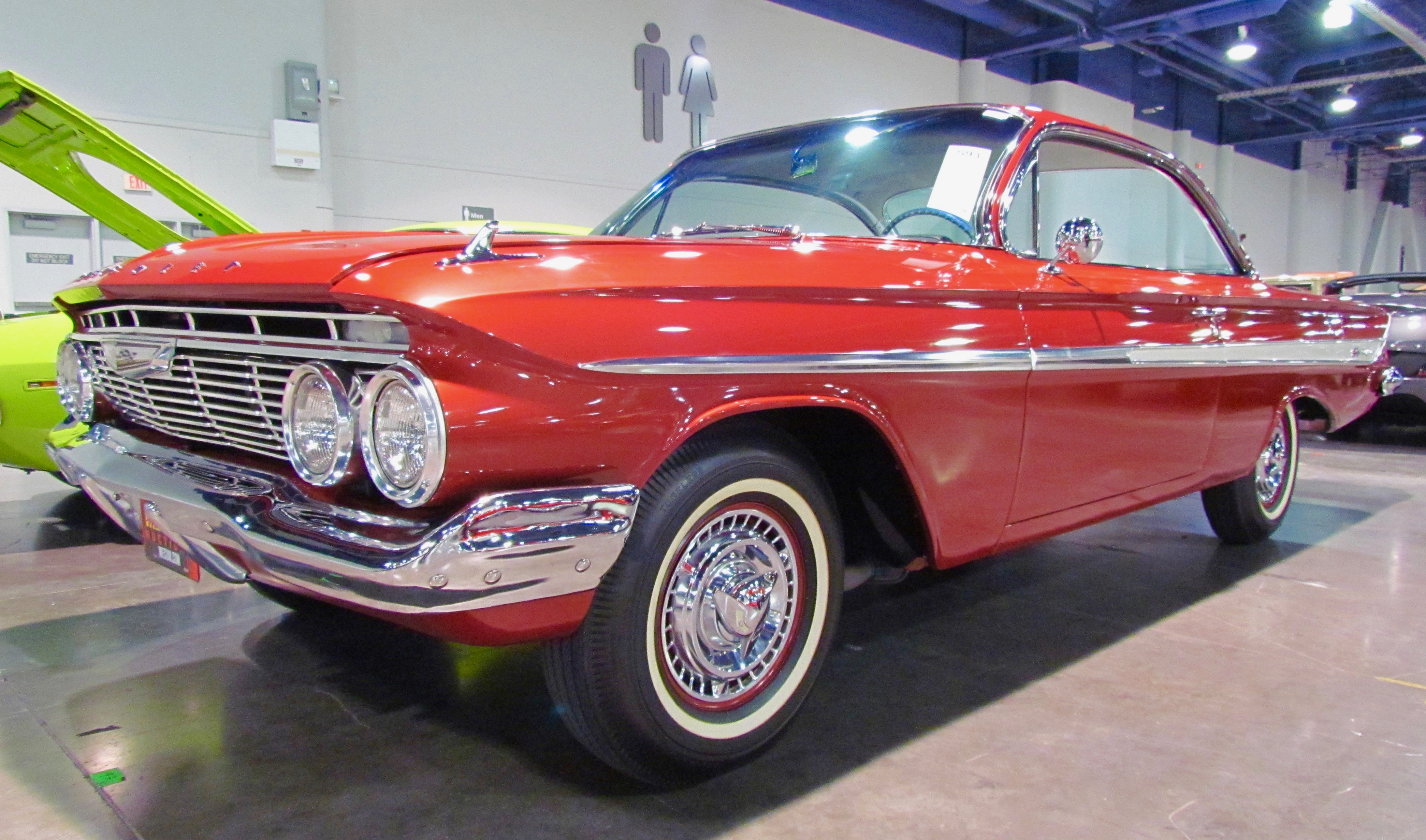 One of only 142 produced, this first-year Super Sport has its numbers-matching 409cid V8 engine and 4-speed manual transmission. It even has its Chevrolet first-aid kit and comes with a matching die-cast scale-model car.

I could be happy with any of the four Ford hot rods being offered from the Barry Walston collection: a 1932 roadster, a 1933 5-window coupe, a 1934 street rod or a 1934 hot-rodded sedan, though given my choice, I’d take the purplish-red ’32 roadster for its color or the blue ’34 sedan for its stance and style. 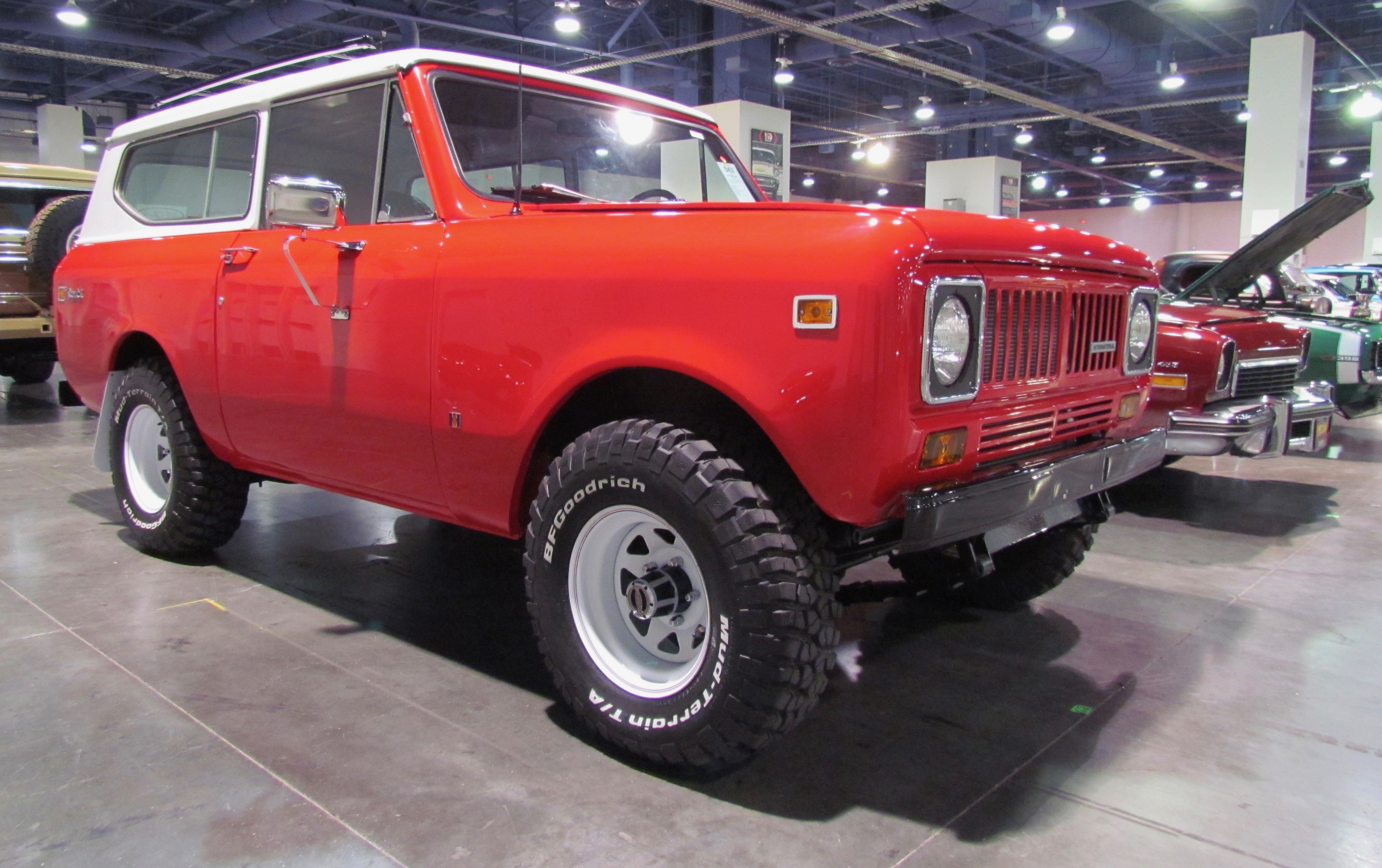 Scouts are about as cool as you can get for vintage off-roading. This one has undergone a frame-off restoration and engine rebuild. It also has a new interior, removable hardtop, new bound mounts, and even power steering and power brakes to make off-pavement driving even more enjoyable. 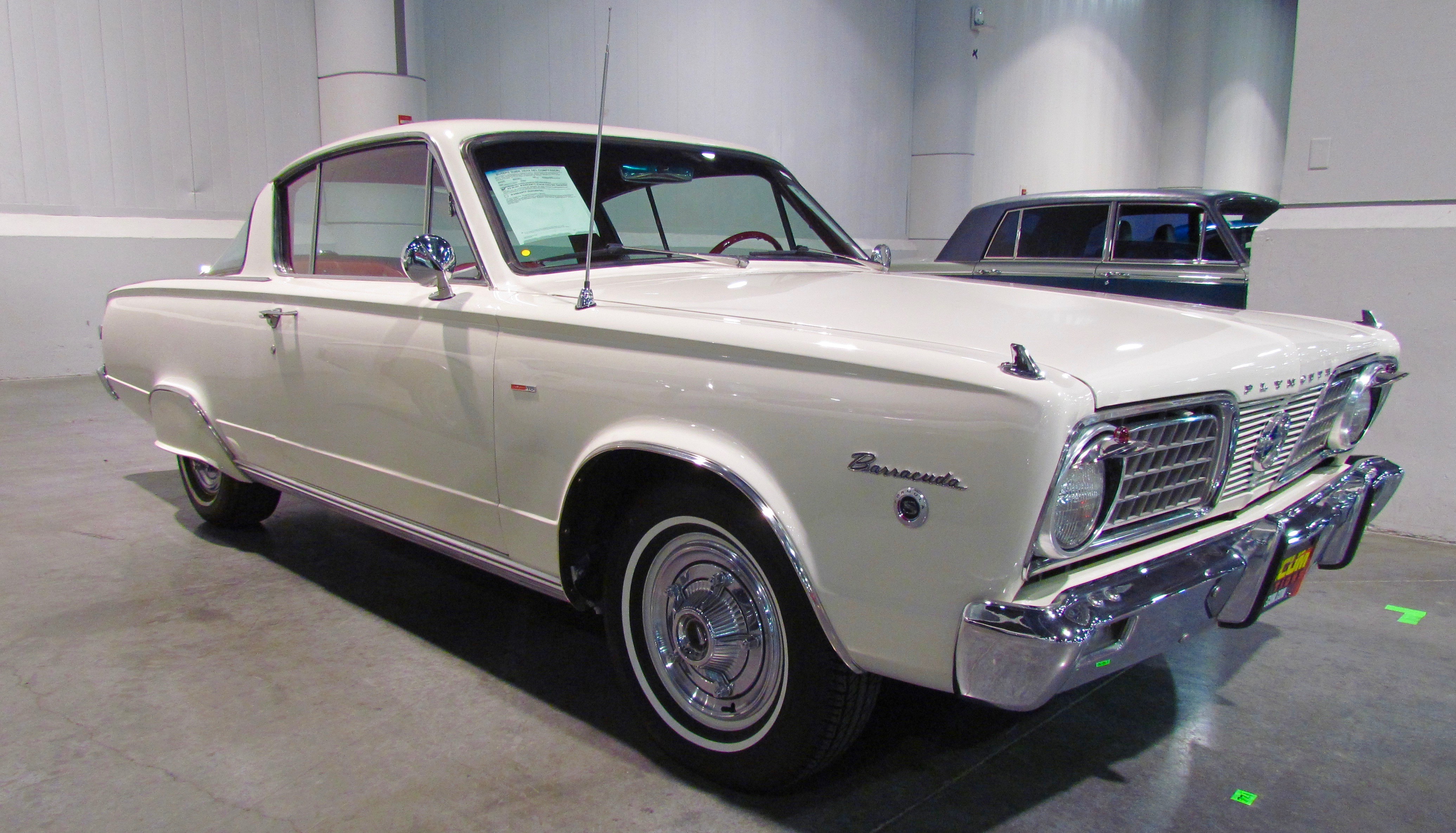 I’m a sucker for rear fender skirts and this ‘Cuda has them. It also has the fastback backlight, its original 273 Commando V8 engine, an automatic transmission and bucket seats. 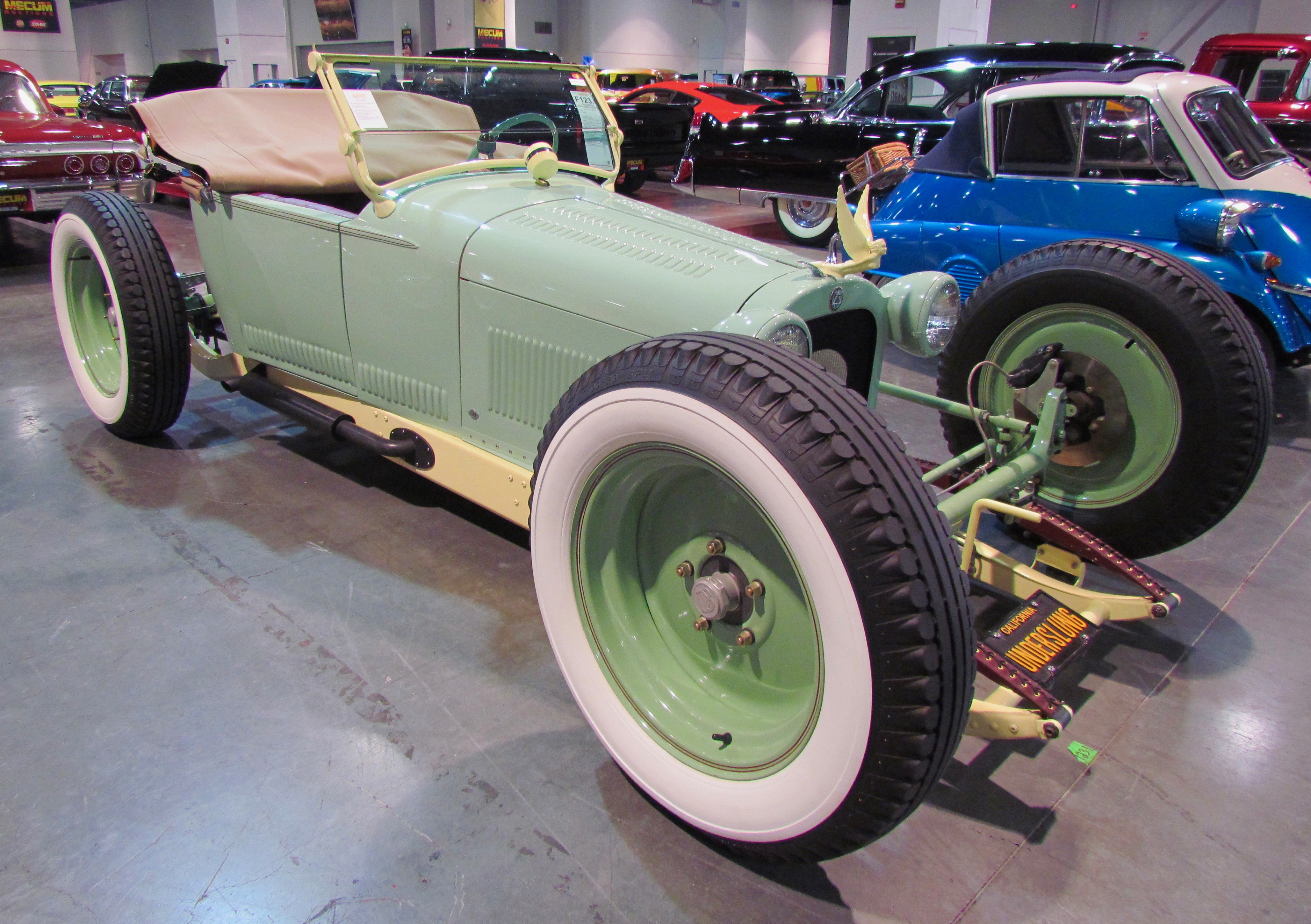 What a blast for cruisin’ this hot rod would be with its 440cid Magnum V8 engine. The racer-styled hot rod has a hand-made Carson-style canvas top, an interior done in Burgundy leather, rides on a handmade frame and is packed with other custom or handmade features. 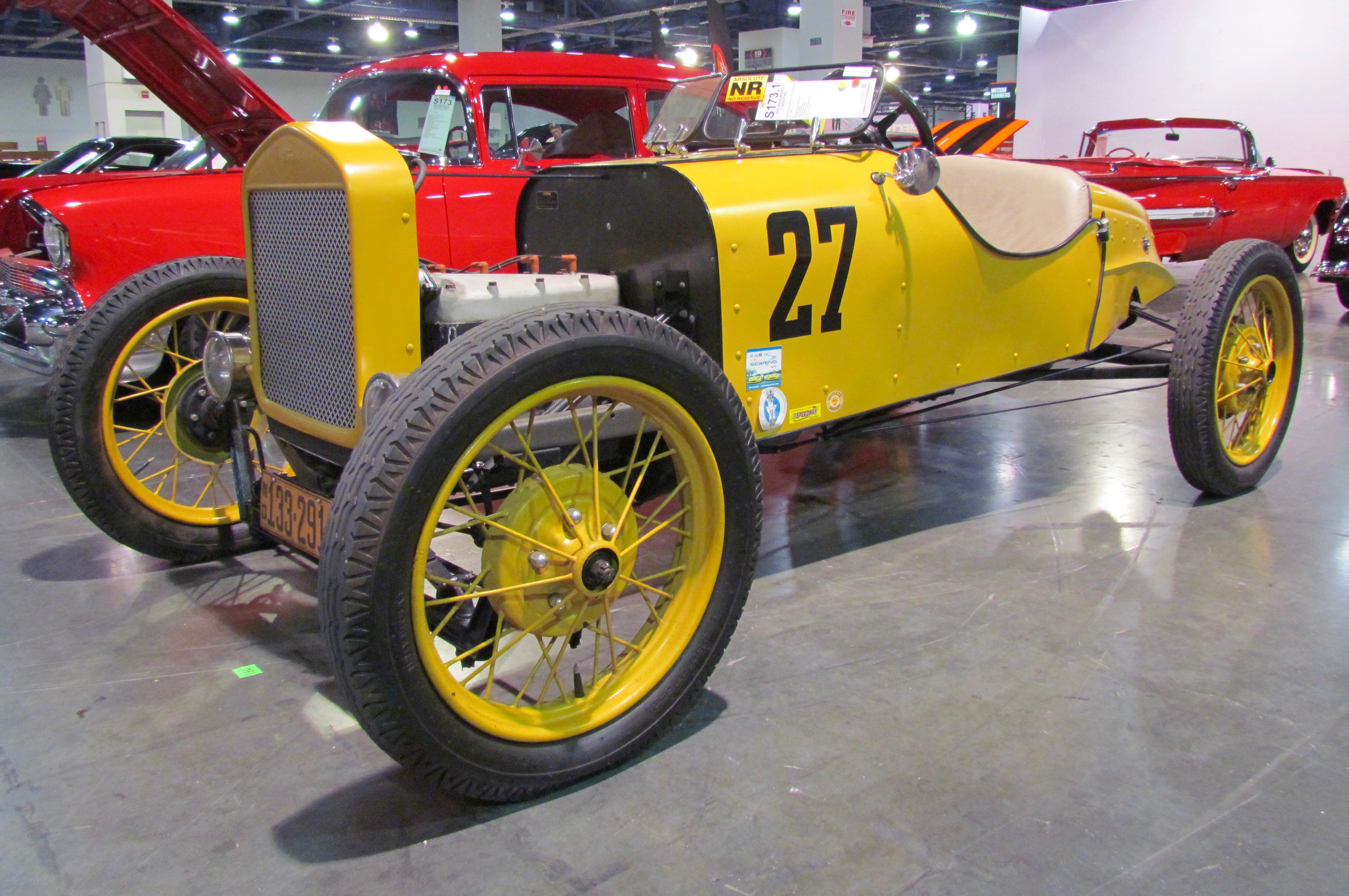 Part hot-rod, part-speedster, part race car, this thing is just way cool. It has a modified 4-cylinder race engine and a manual transmission with 12 forward speeds.