Lamborghini gives the Pope a Huracán for charity 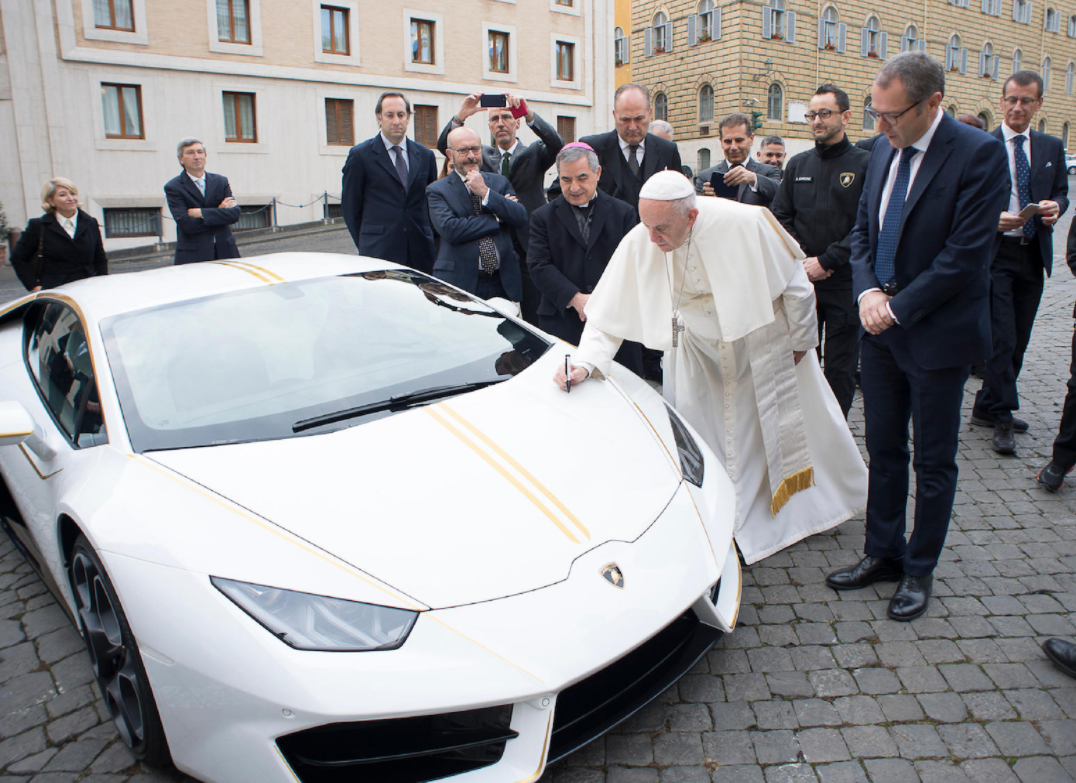 Pope Francis received a new set of wheels on Wednesday, but the car is quite different from any other Popemobile. That’s because it’s a Lamborghini Huracán, an Italian supercar with 571 horsepower.

His Holiness won’t hold attend any track days, though. Instead, Lamborghini’s gift will be auctioned off for charity with Pope Francis allocating the benefits himself.

The special Huracán is a rear-wheel-drive coupe that pays homage to the colors of the Vatican City’s flag. Lamborghini’s customization department, “Ad Personam,” finished the exterior in Bianco Monocerus with Giallo Tiberino striping from hood to tail, and added more stripes that outline the supercar’s silhouette.

Pope Francis will allocate funds from the sale to four organizations. The first is the Pontifical Foundation “Aiuto alla Chiesa che Soffre” (Aid to the Church in Need). The organization’s goal is to reconstruct the Christian community in Nineveh Plain in Iraq. The second is the Pope John XXIII Community, which dedicates its resources to help women affected by human trafficking and other abuses. The final two are Italian organizations: GICAM (Groupe International Chirurgiens Amis de la Main, which roughly translates to International Group of Surgeon Friends) and  “Amici per il Centrafrica” (Friends for Central Africa). Both work in Africa to aid women and children in need.

The Huracán will head to the RM Sotheby’s auction on May 12, 2018 in Monaco. Go ahead and bid. After all, this car has the Pope’s blessing.