The Ferrari (chassis 1451) is the second of eight bodied in aluminum and built to full racing specification. It was driven at Le Mans by its owner, Bob Grossman, a sports car dealer in Rockland County, New York.

Arriving at the famed French racing circuit just five days before the event, the car had only a “splash” of paint over primer and its seats were unfinished, covered with rags. Grossman was making his Le Mans debut and, with co-driver Fernand Tavano, finished fifth overall and third in their class in the race.

After its competitive debut, the car was returned to Modena where was painted in metallic silver and its interior finished before it was shipped to New York.

Grossman immediately put the car back on the race tracks, driving at Bridgehampton and Watkins Glen before taking first overall in the Memorial Trophy race during Nassau Speed Week.

Grossman also raced the car in 1960, then sold it. A subsequent owner, Jon Masterson, commissioned a restoration and was rewarded with first in class honors at Pebble Beach. The car also was displayed at the California concours d’elegance in 1994 and has raced in the historic races on the Monterey Peninsula four times, RM Sotheby’s reported.

The consignor has owned the car since 2007. It was restored to its Le Mans livery in 2011 by Motion Products and already has been accepted as an entry in the Le Mans Classic in 2018.

RM Sotheby’s expects the Cal to bring $14 million to $17 million at the auction.

The Jaguar (chassis XKC 007) also raced at Le Mans. It was one of 43 customer cars produced in the aftermath of Jaguar’s victory in the race in 1951. The car is believed to be the first C-type to arrive in the United States, where West Coast distributor Charles Hornburg retained it for racing and promotional purposes.

Phil Hill drove the car from California to Wisconsin, where he raced it in the fall of 1952, and then drove back to the West Coast after finishing fourth in the feature race and claiming the Sheldon Cup for the race weekend. 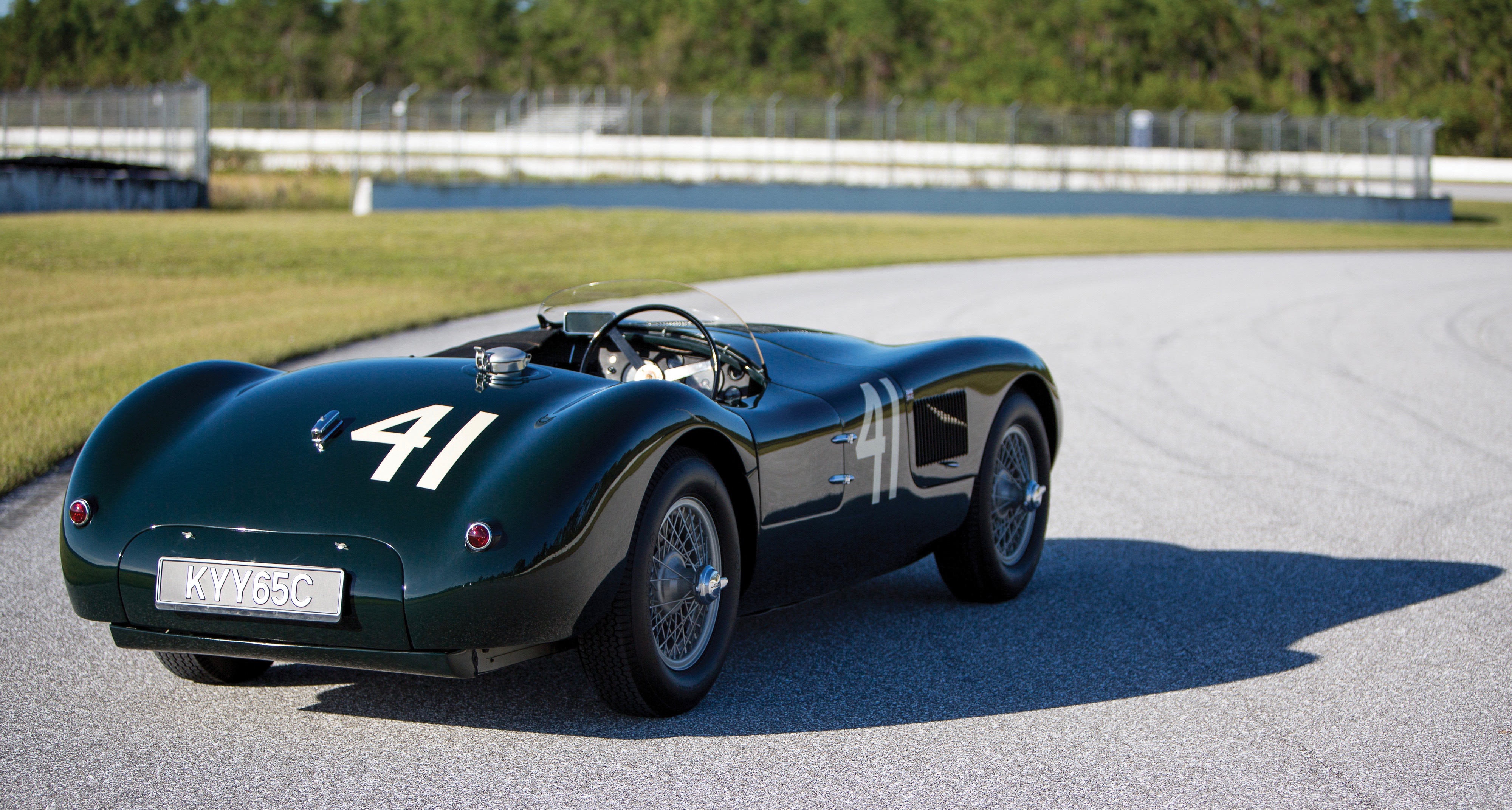 The car went through several owners before being purchased by Jeffrey Pattinson, a British resident who had a concours-quality restoration done in Arizona by marque specialist Terry Larson. The car was purchased later by Gary Bartless, an Indiana resident, who had Chris Keith-Lucas prepare the car for vintage races and for an appearance at the Amelia Island concours.

RM Sotheby’s reports that the consignor has continued to pamper and maintain the car, which is expected to sell for $5.5 million to $7 million.

“Both the Competition California Spider and the C-type represent two of the most important vintage race cars found in the United States today and are offered from an exceptional collection,” Donnie Gould, RM Sotheby’s car specialist, said in a news release.

“Apart from the original three Jaguar Works cars, the C-type on offer is easily the best and most desirable of the customer cars, while the 250 GT LWB is one of the most successful and significant competition California Spiders.

“The pair are perfectly at home in our New York sale as true icons from the golden era of sports car racing.”