A real gem, the ’Boucheron’ Bentley heads to auction

Calling it a true “gem of a car,” the 1933 “Boucheron” Bentley is on the sales docket for H&H Classics’ collector car auction November 15 at Britain’s Imperial War Museum in Duxford.

The car’s nickname refers to its former ownership by Jean Paul Boucheron, the jeweler famed for producing work for heads of state, including the Greville Tiara for the British royal family.

Boucheron ordered the car with French-built Vanvooren pillarless sports-sedan coachwork and while built with right-hand drive, it would be driven on the European continent and thus the four-seat saloon also was equipped with a high-ratio rear axle, ski rack, “Projecteur” center spotlight, lightweight seats and Marchal headlamps.

“Unveiled to great acclaim at the August 1933 Ascot Races, the Derby Bentley was underpinned by a ‘double dropped’ chassis featuring all-round semi-elliptic suspension and four-wheel drum brakes,” H&H noted in its news release. “Powered by a more potent version of its Rolls-Royce 20/25 sibling’s 3,669cc OHV straight-six engine allied to four-speed manual transmission, the newcomer was soon christened the ‘Silent Sportscar’.” 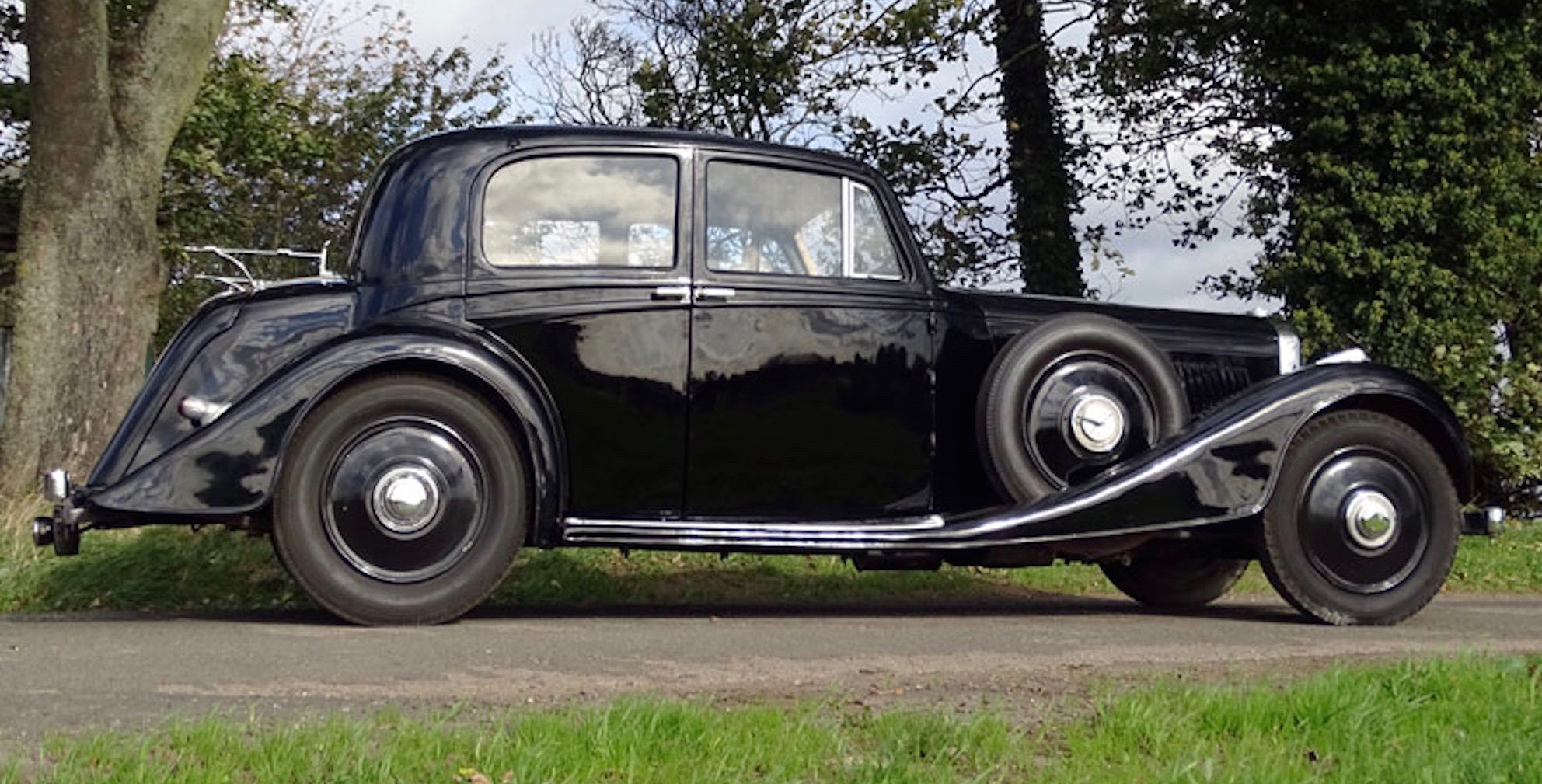 From Boucheron, the car went to a relative in England and thus remained in the same family until 2001, when it was auctioned as part of Louis Hamilton’s “Southerly” estate sale, where the consignor purchased the car.

The car has not been restored, has been used very little in the past 16 years and still runs an oil-filled coil. It is being sold because of the owner’s failing health, said H&H, which expects the car to sell for $80,000 to $105,000.