There are so many car-based cable television series based around custom cars and those who build them that it’s hard to keep track. In fact, I admit, I’d never heard of the Speed is the New Black program that shares the work of the St. Louis-based Classic Car Studio Speed Shop on the Velocity channel.

But while wandering around the Las Vegas Convention Center’s Central Hall last week during the 2017 SEMA Show, I was drawn more than a couple of times to the Centerforce Clutches booth to marvel at the shop’s 1962 Chrysler 300.

Showcased on Season 1, Episode 8, which aired early this summer, the heavily patinaed customized classic is slammed to the ground, wears a brown and faded-green color scheme, and has a phenomenal interior.

But there’s more to this build than its crusty, old-school, barn-find visual appeal. Beneath the hood is an 8.0-liter V10 engine from a Dodge Viper, backed by a T56 6-speed transmission and a 4.11 rear end. 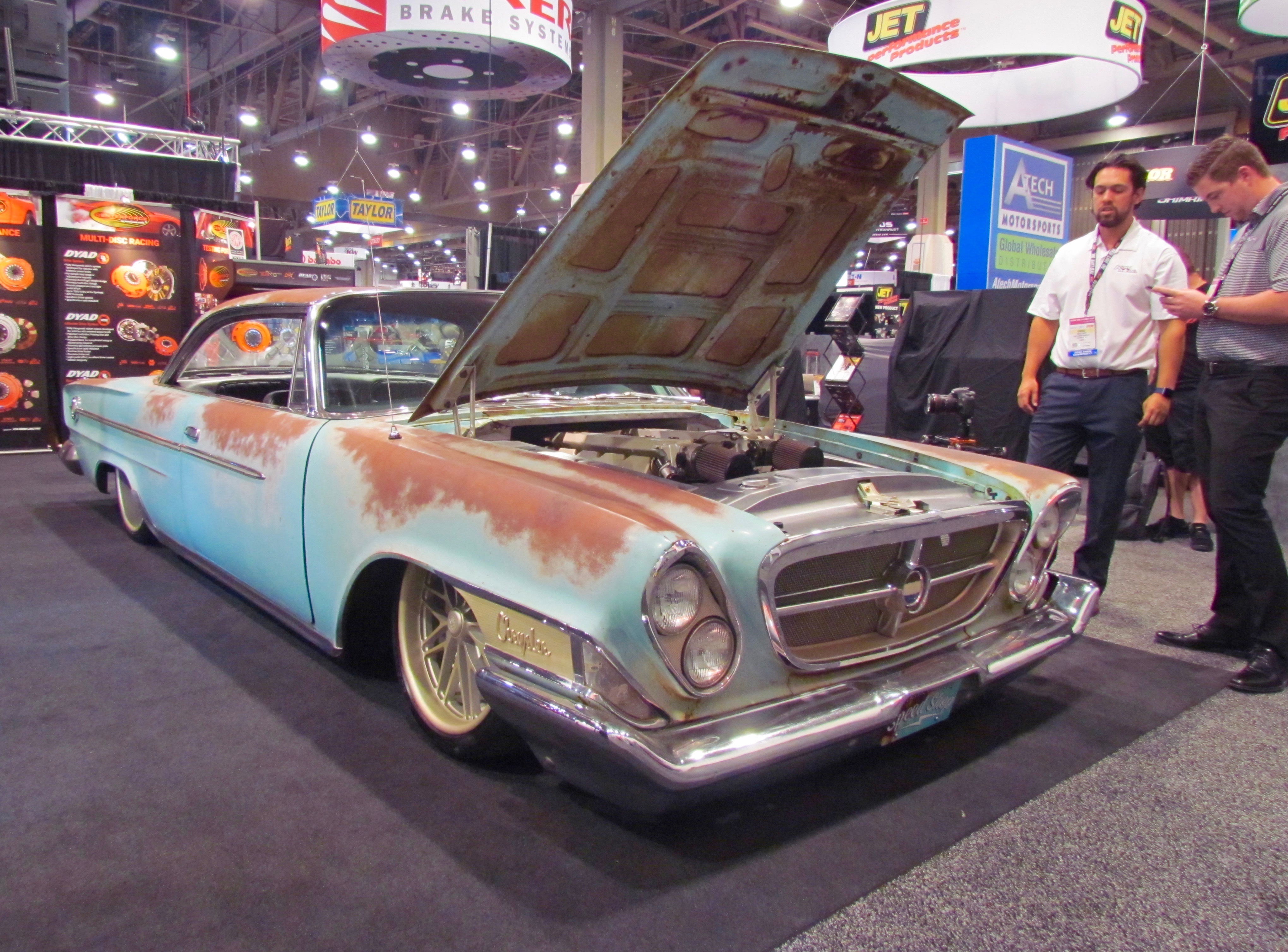 But I saw enough to learn that the patina on the car is real, not faux; that the car’s owner had sent it to a different shop but pulled it back; that he wanted the ’62 to be as fast as his new Dodge Hellcat; that the car was immediately nicknamed “Doris” by the Classic Car Studio owner, Noah, who drives a hot-rodded pickup called Tiffany; and that Doris now rides on 22-inch rear and 20-inch front wheels.

I liked that the program was more about car-building than any sort of pseudo shop drama.

I hope the car’s owner was happy with the finished project, because it sure looked cool just sitting there at the convention center. 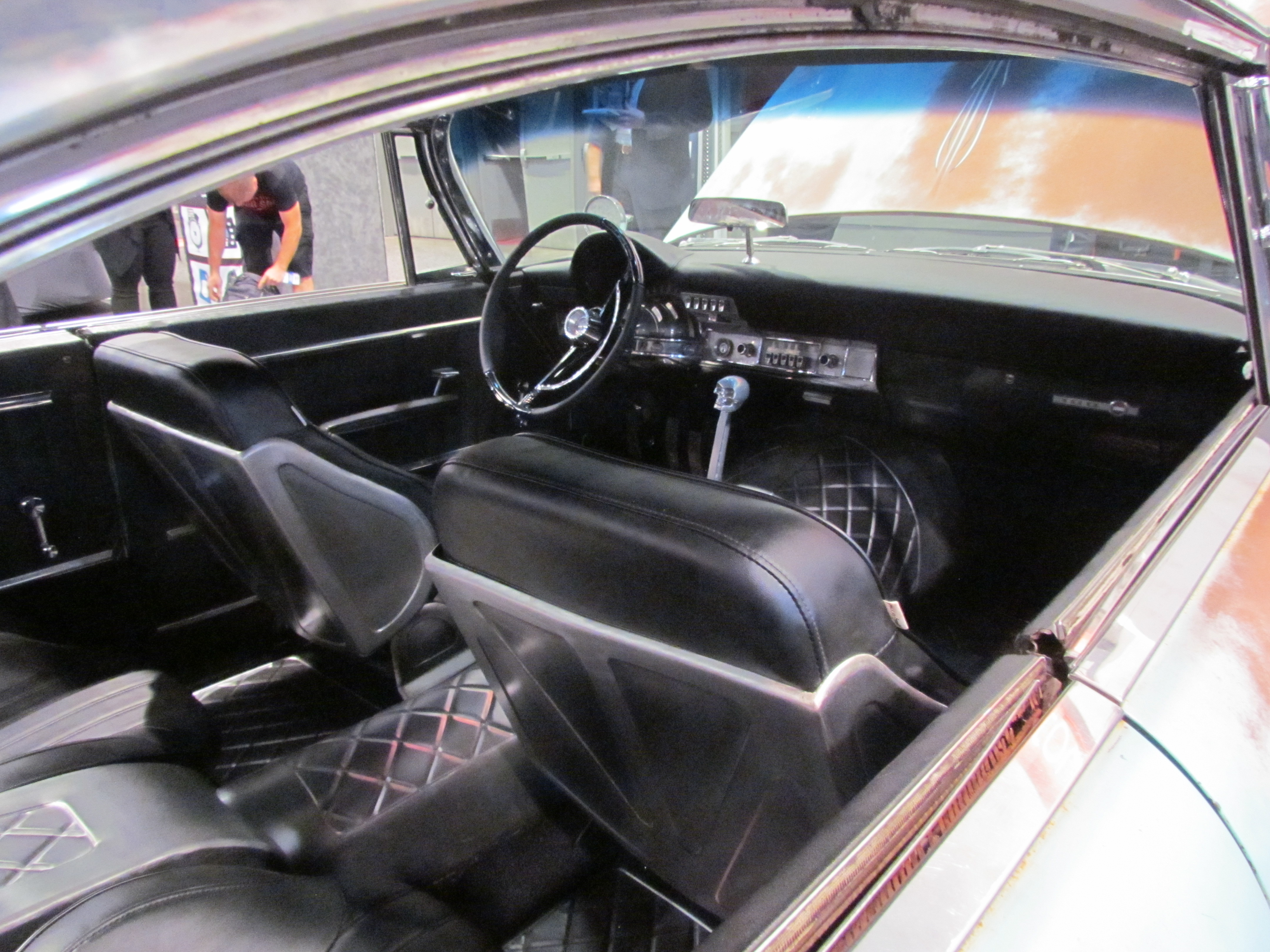 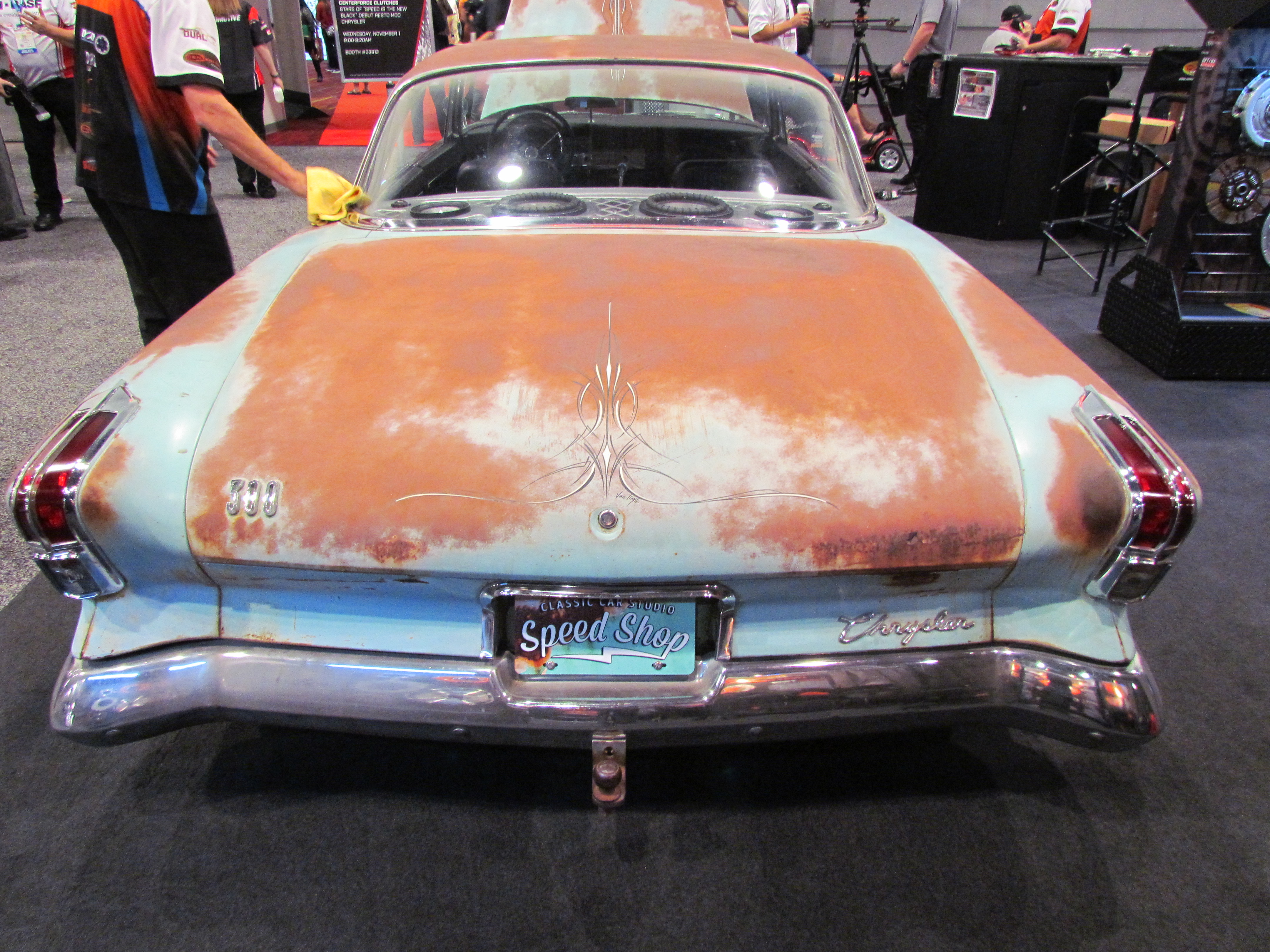