Yes, the 2017 SEMA Show ended Friday, but we’re not quite finished with our series of SEMA Seen vehicles. For example, this P-32 “Street Fighter” built more than a decade ago by Chip Foose and his team.

According to the ChipFoose.com website, “Chip always wondered what if a pilot returned from the war (WWII) and missed his plane so much that he built a hot rod to emulate his old aircraft?”

The idea intrigued Foose so much that during a break between seasons of filming Overhaulin’, he turned dream into reality. 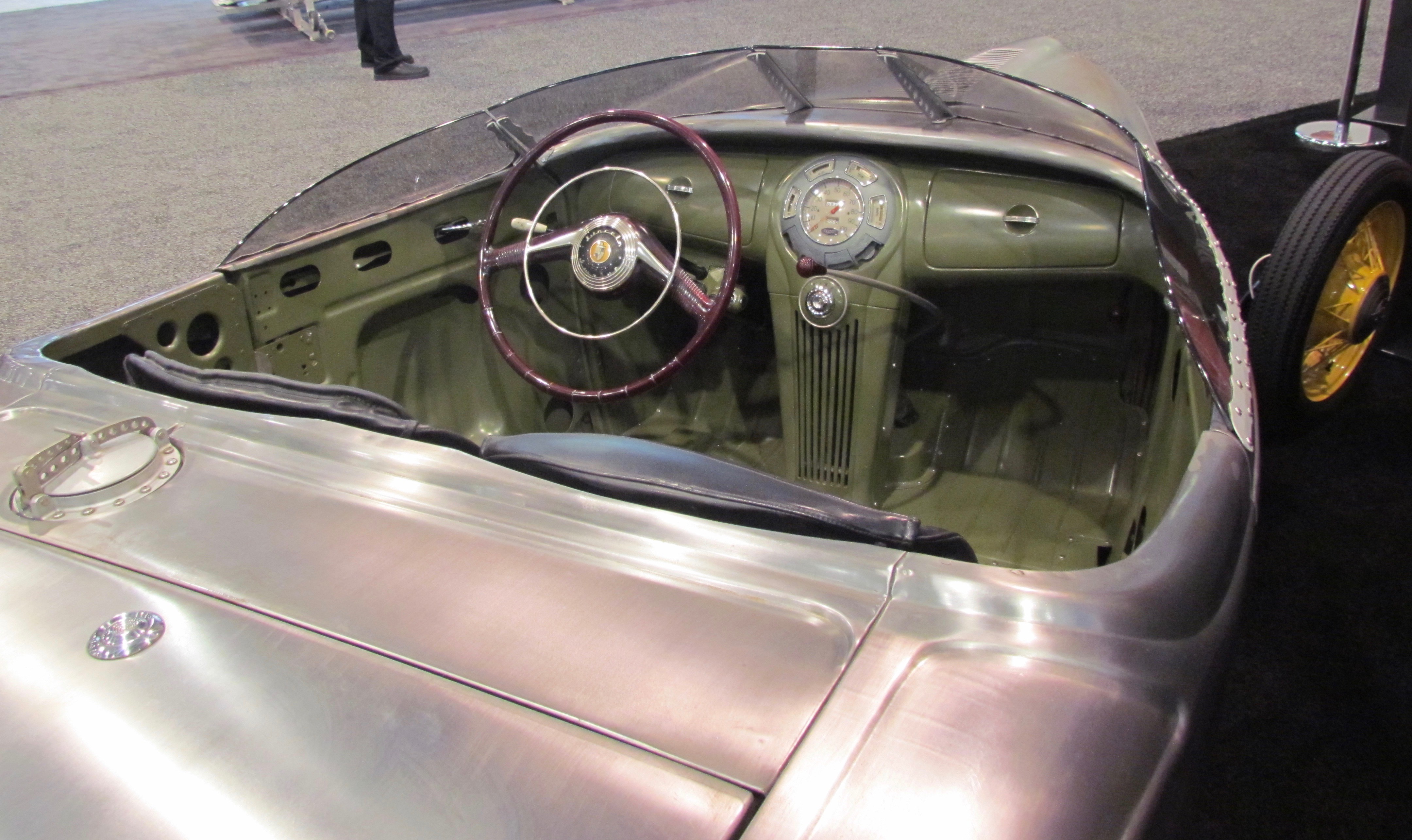 He started with a 1932 Ford chassis and a new but vintage-looking steel body from Brookville Roadster, an Ohio-based company that has been making replacement panels for the hot-rodding community since 1972.

Foose took 2 inches out of the quarter panels and added that same length to the car’s — or should we say ground-bound and wingless aircraft’s — doors. He also designed a custom aircraft-style nose, produced in aluminum by Marcel’s Custom Metal Shaping. 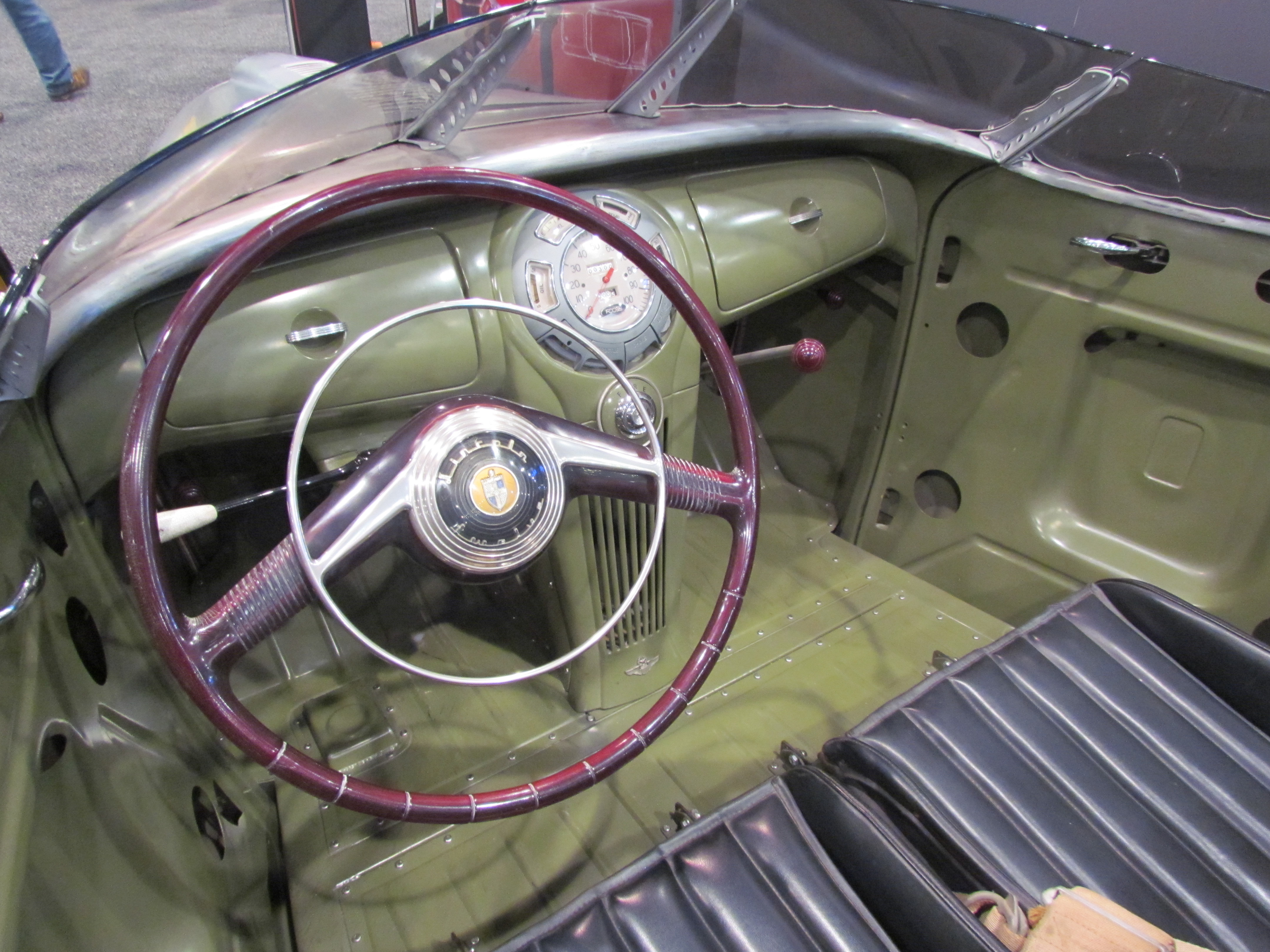 Foose told HotRod.com that his inspiration was more P-38 Lightning or P-40 Warhawk than P-51 Mustang. There was no P-32, but the car’s numerals represent the ’32 Ford Highboy style.

In the spirit of the sort of repairs made during the war, stitch marks, hammer marks and welds were left in place.

A 1939 flathead Lincoln V12 engine powers the car, and the exhaust manifold tips are exposed, just like on a P-40 aircraft. Other ’39 Lincoln components include the side-shift transmission and the front and rear brakes. From ’32 and ’36 Fords came front and rear suspension, shocks and wheels. The grille is from a 1935 Chevrolet. 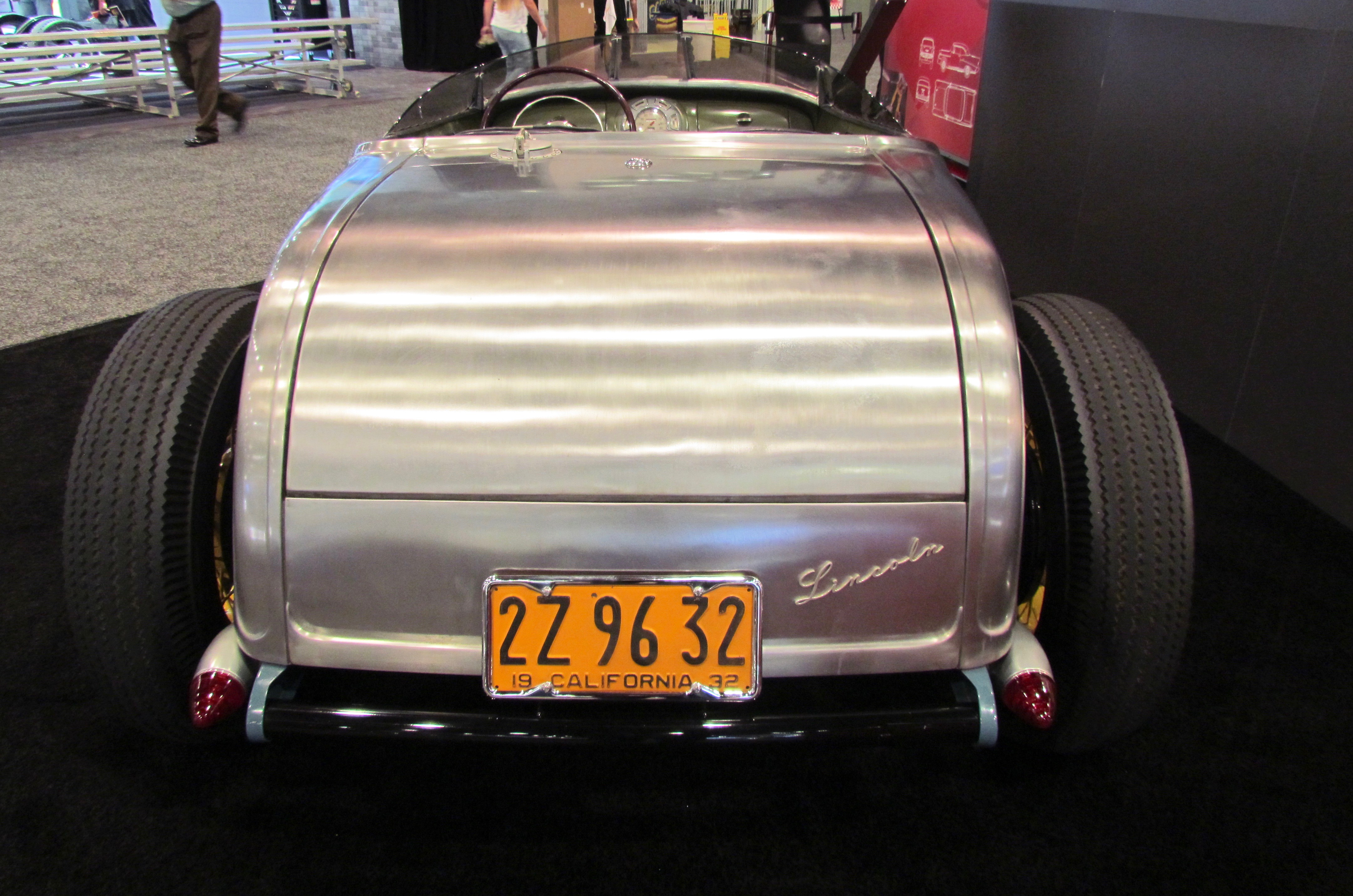 The front tires were produced for motorcycles, the rears are Firestone-labeled and Coker-built.

The dashboard and gauges are from a 1938 Lincoln Zephyr.

The pilot and navigator seats are from a real B-17 bomber. 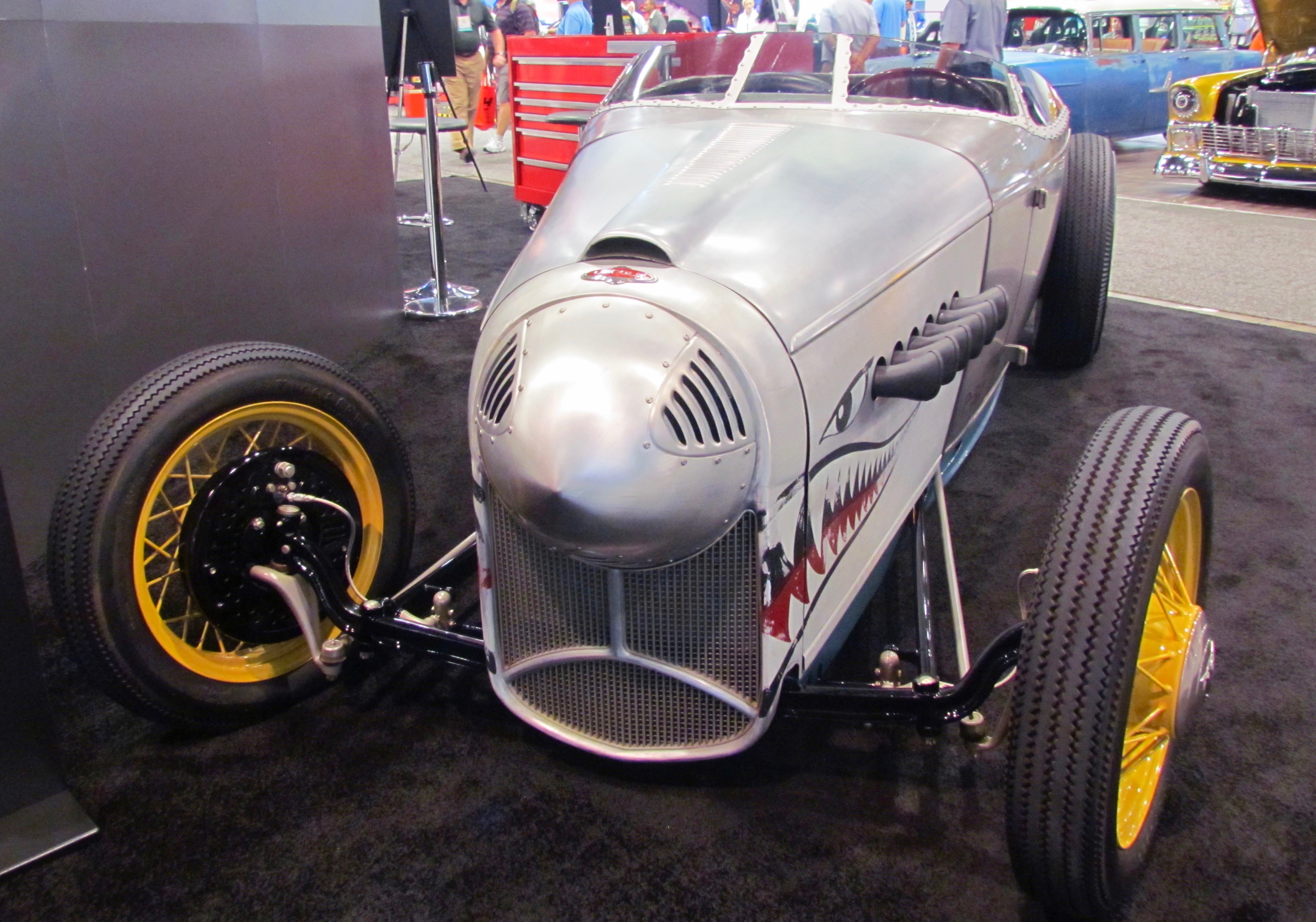