Without doubt, and probably as no surprise given the company’s name, the most colorful display this past week at the annual SEMA Show in Las Vegas was presented by House of Kolor.

The “House” was founded by Jon Kosmoski, who back in 1956 was working on a 1940 Chevrolet coupe hot rod project and was disappointed by the car’s paint job. So Kosmoski found a polymer chemist and they worked to create not only their own automotive paint finishes, but to do so using organic pigments that provided more brilliant coloring. Kosmoski also pioneered the use of base and clear coats with “kandy” colors.

In the late 1990s, Kosmoski’s company became part of Valspar, a now 200-year old company that produced the paint and varnish that covered Charles Lindberg’s Spirit of St. Louis as it flew across the Atlantic Ocean and that currently features talking chameleons in its television commercials.

House of Kolor’s 2017 SEMA Show display included The Legacy, a stunning 1964 Chevrolet Impala lowrider by Albert De Alba; an amazing customized van; a beyond-exotic motorcycle; a mini tow truck; and a bright-green 1966 Chevrolet Corvair Monza lowrider so customized that you had to look twice to realize that it was, indeed, a Corvair.

Perhaps even more interesting, the Corvair was customized not in Southern California or northern New Mexico but in Norges la Ville, France, which is only a few hours west of Bienne, Switzerland, where General Motors had established an assembly plant to avoid the high Swiss taxes on imported vehicles. 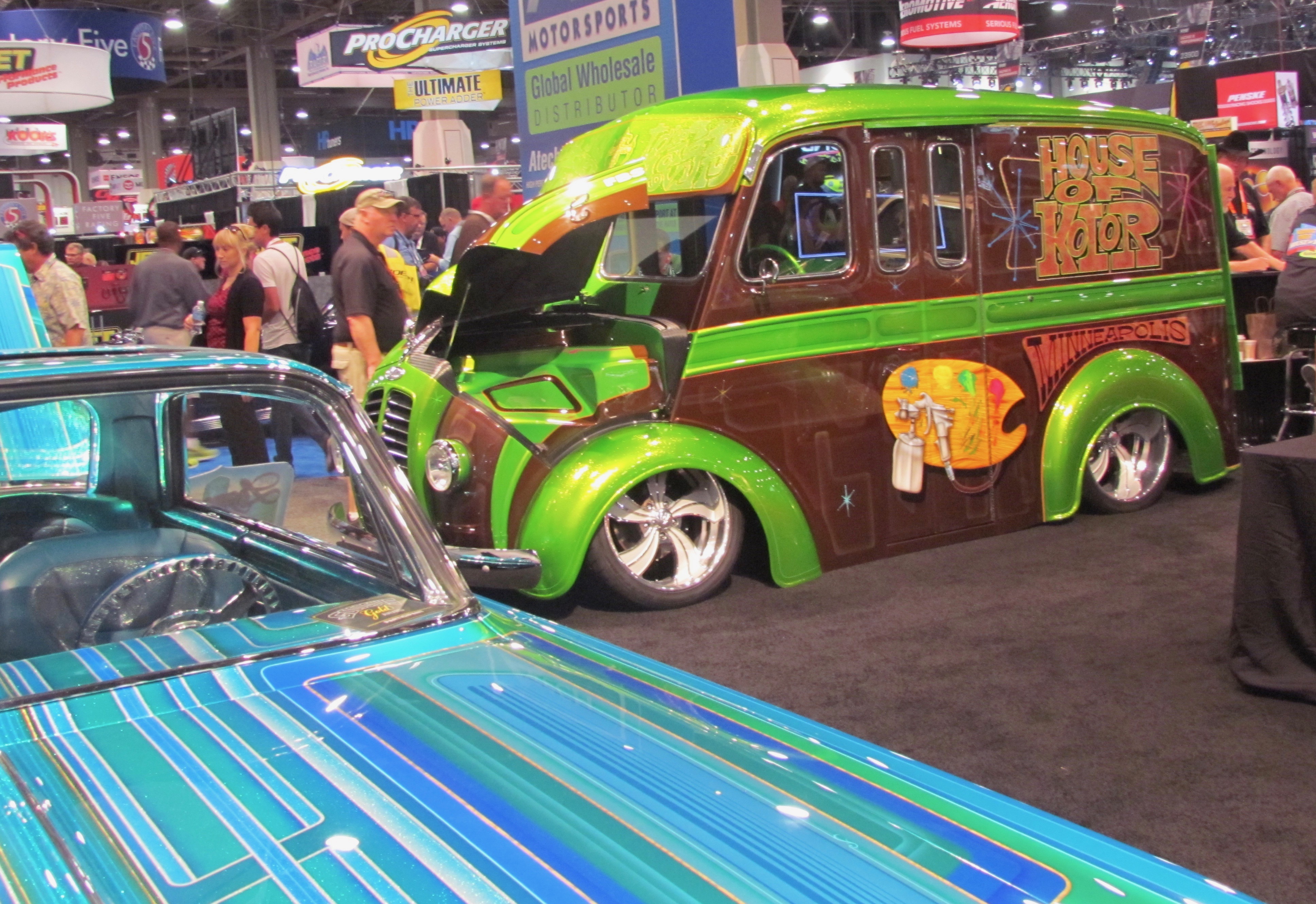 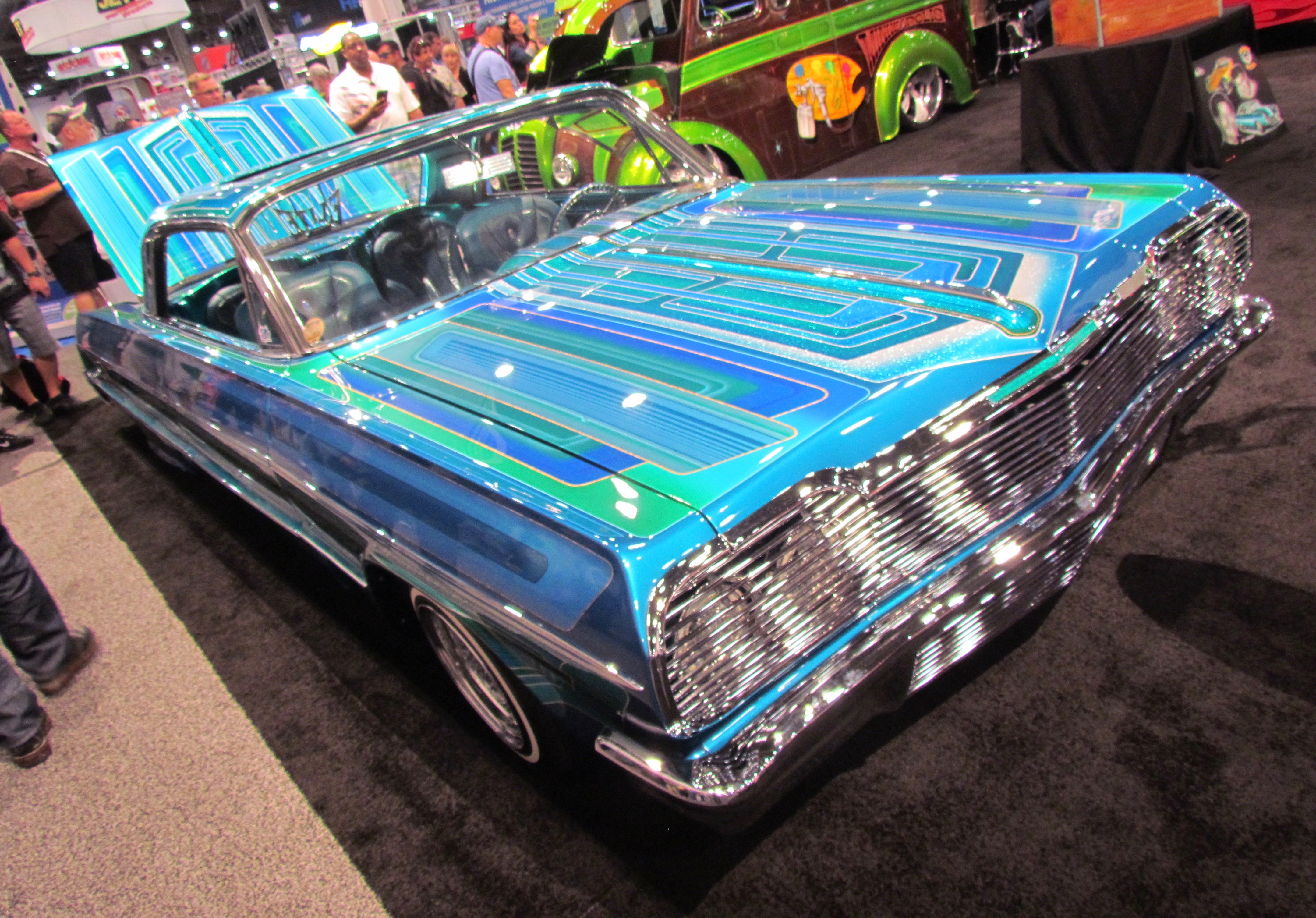 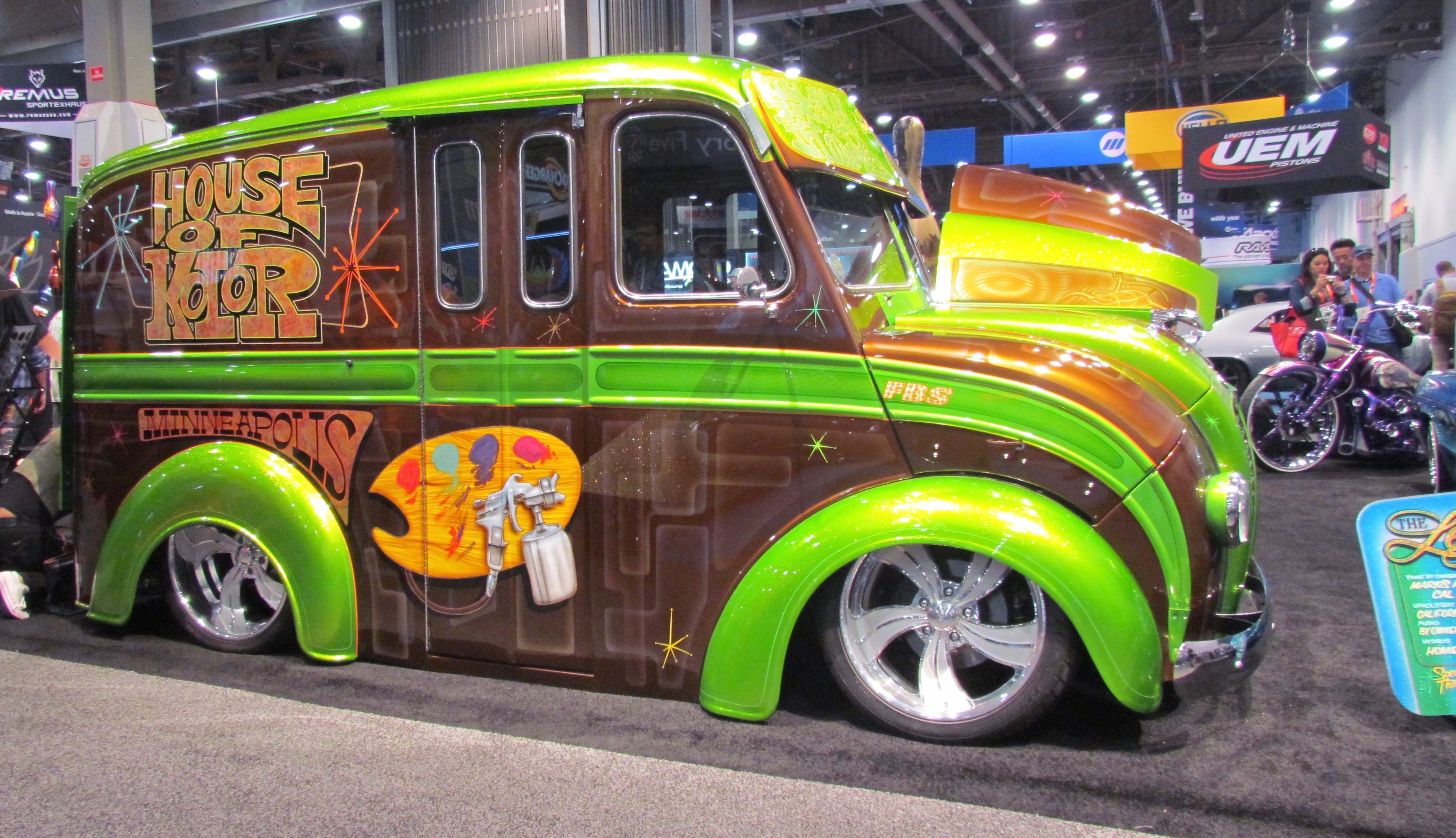