Suzy Bauter and her husband were sharing a tricked-out 1968 Chevrolet Camaro in autocross events, but she decided she wanted a car of her own. Oh, and she wanted something that wasn’t too large, but it had to be a station wagon.

A what? A station wagon. Bauter’s family had a Ford Falcon wagon when she was growing up and she thought it would be fun to find another and to make it her autoX racer. So she started searching the internet, only to find that those who owned Falcon wagons thought they were more valuable than did Bauter.

Next, she considered Chevrolet Corvair wagons, but decided it would take too much work to turn one into a viable cone competitor.

And then she found her car, hidden beneath a tarp in a trailer park, with its engine sitting not beneath the hood but on the back seat. 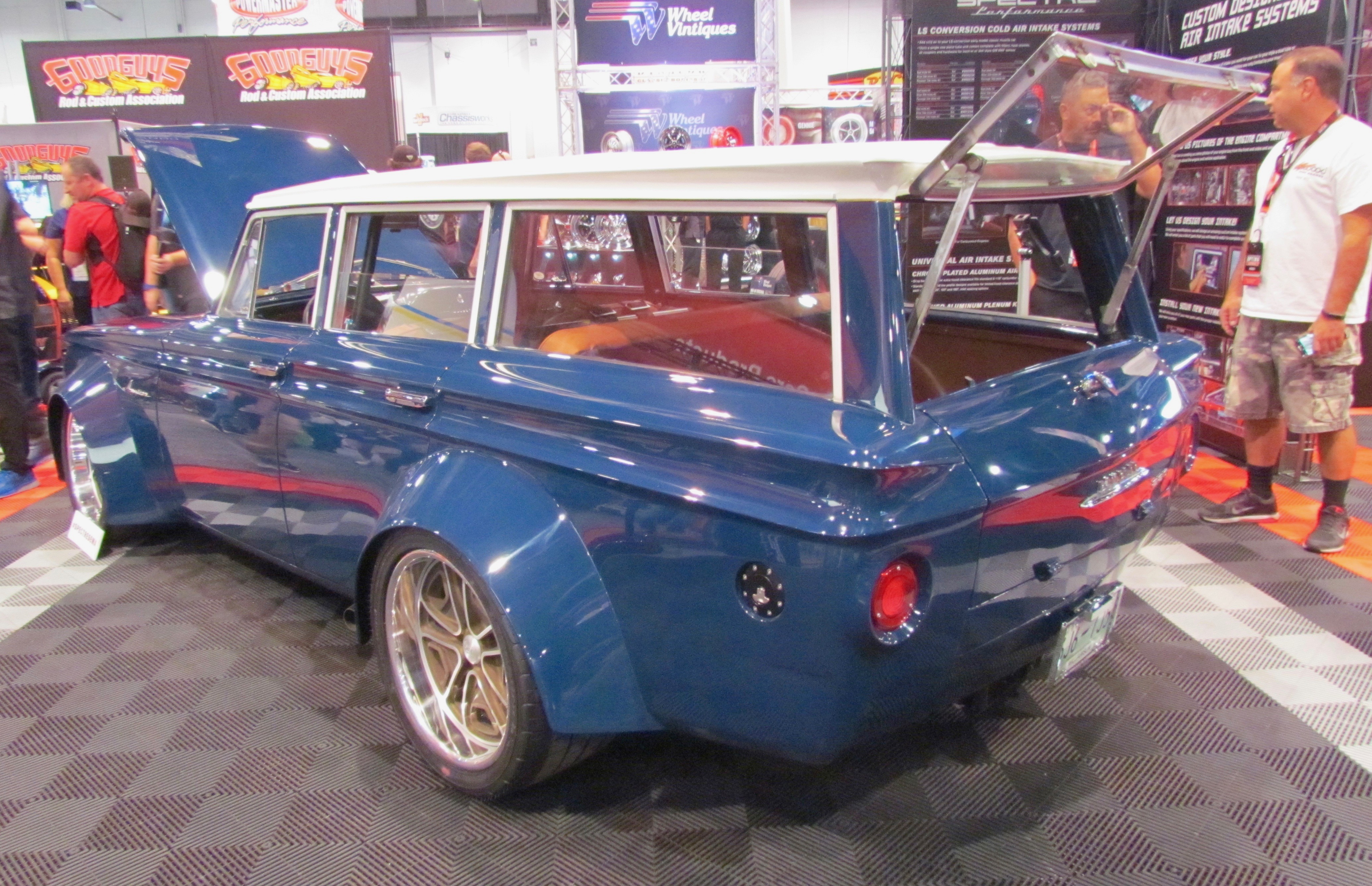 The car was a 1963 AMC Rambler American. The engine was a 75-horsepower flathead 6 and the car had a three-on-the-tree manual transmission.

But it met her criteria: It was small and light and it was, indeed, a station wagon.

However, even with a lot of effort, it wouldn’t be very competitive in racing ‘round the cones, so the work began. Her husband did the mechanical bits and suspension and most of the fabrication work, and she did the electrical and interior work. At first, the only work they contracted out was paint.

Since the flathead lacked power, Bauter opted for an engine transplant — a Chevrolet 5.3-liter LS crate engine with an Edelbrock carburetor conversion setup. The engine was linked to a GM 700R4 transmission and a Gen-5 Chevrolet Camaro rear end. 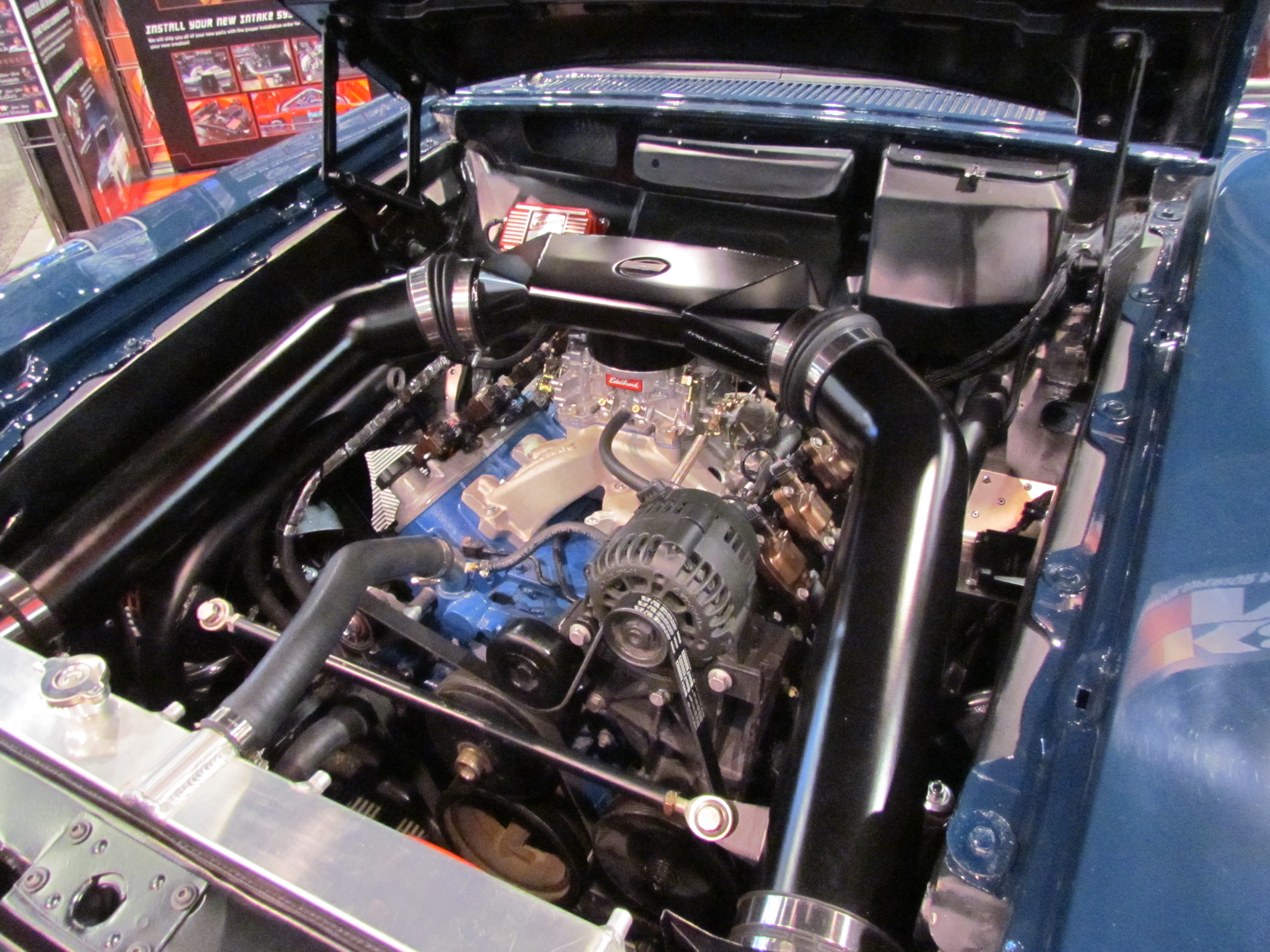 At first, the wagon was nicknamed “Sugar” because it was painted white when found in the trailer park. But before long, the color and the nickname changed. Sugar has become the “Flare Witch Project.”

With the LS V8 beneath the hood, Bauter and her husband figured they needed a lot more tire to put the power on the pavement. So they took the wheels and tires off his car and tried them on the Rambler. The conversion could work, they figured, but they’d need significant wheel flares to cover the larger and wider wheels.

A friend who does that sort of work did the four flares and they were mounted on the car, which rides on Gen-5 Camaro suspension (with adjustable coilovers). The wheels are 18 inchers and cover not only the big BFGoodrich tires, but 14-inch Baer Brakes with 6-piston calipers.

Bauter’s car has drawn a lot of attention at the 2017 SEMA Show in Las Vegas. 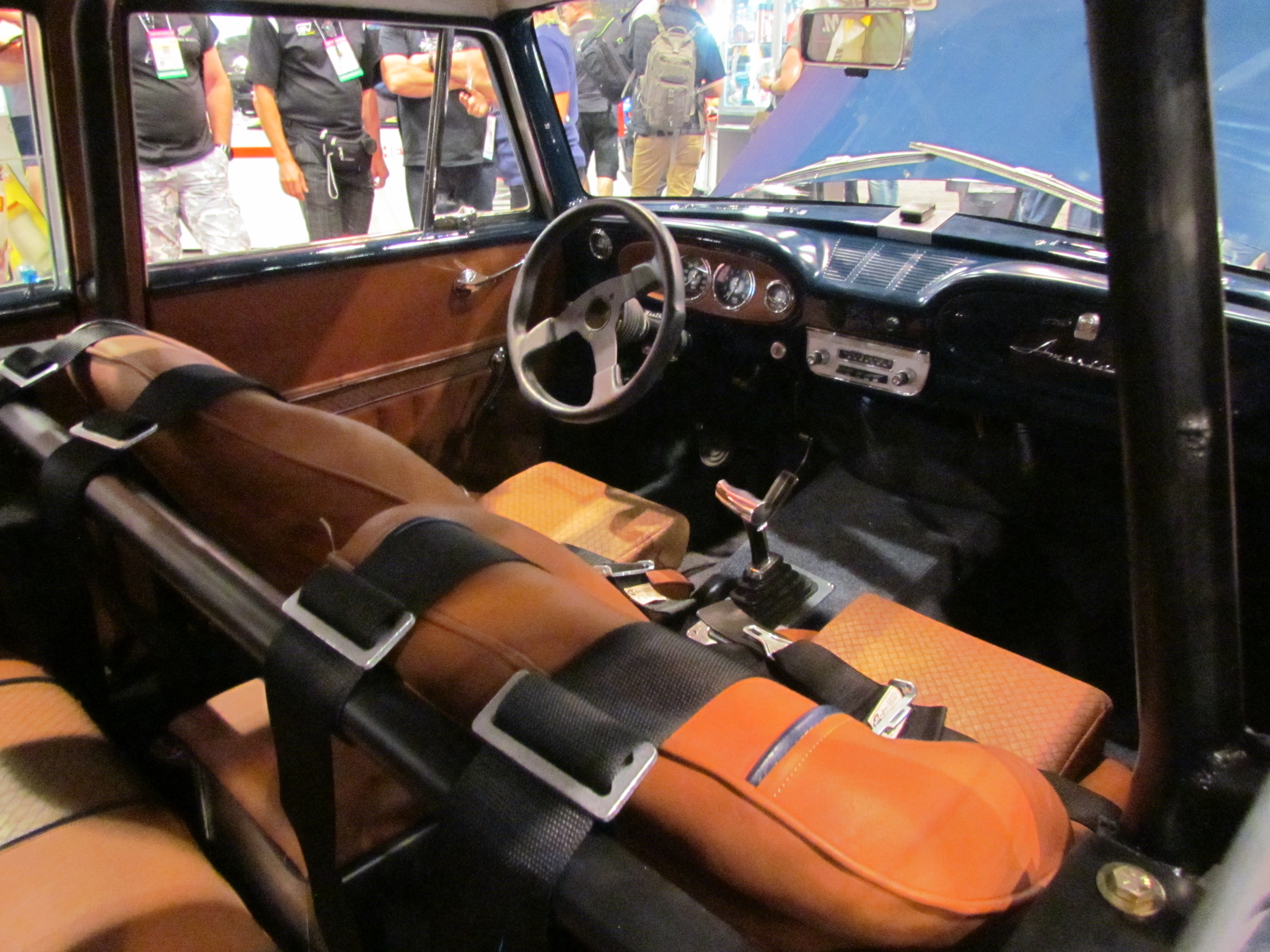 “I felt like I was bringing a knife to a gun show,” she said of putting her little flared wagon into the Las Vegas Convention Center among all the big-buck, high-horsepower custom machines.

But judged by the number of people stopping by the Spectre Performance stand to see her car and ask her about it, Bauter’s little Rambler has been a big hit. 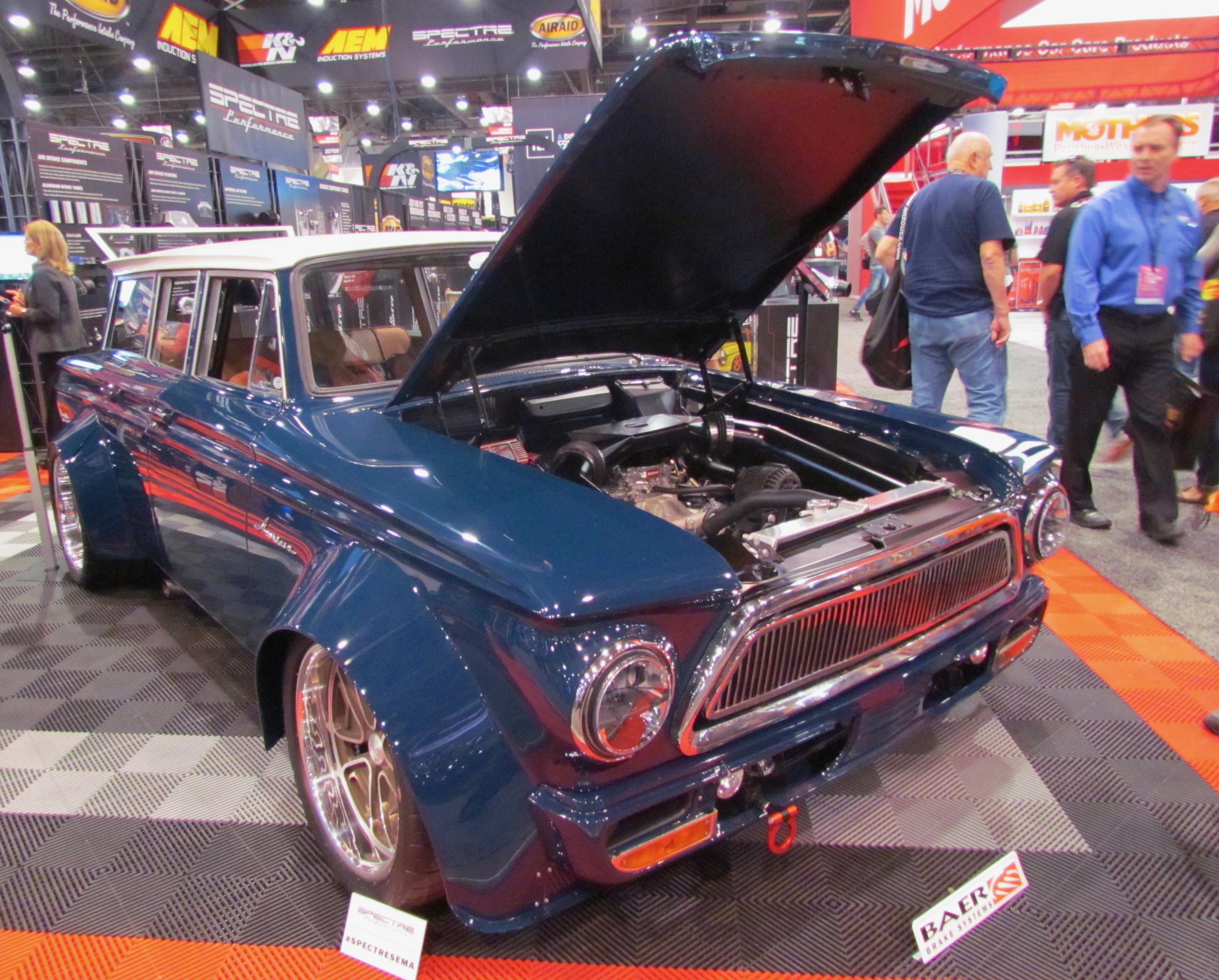