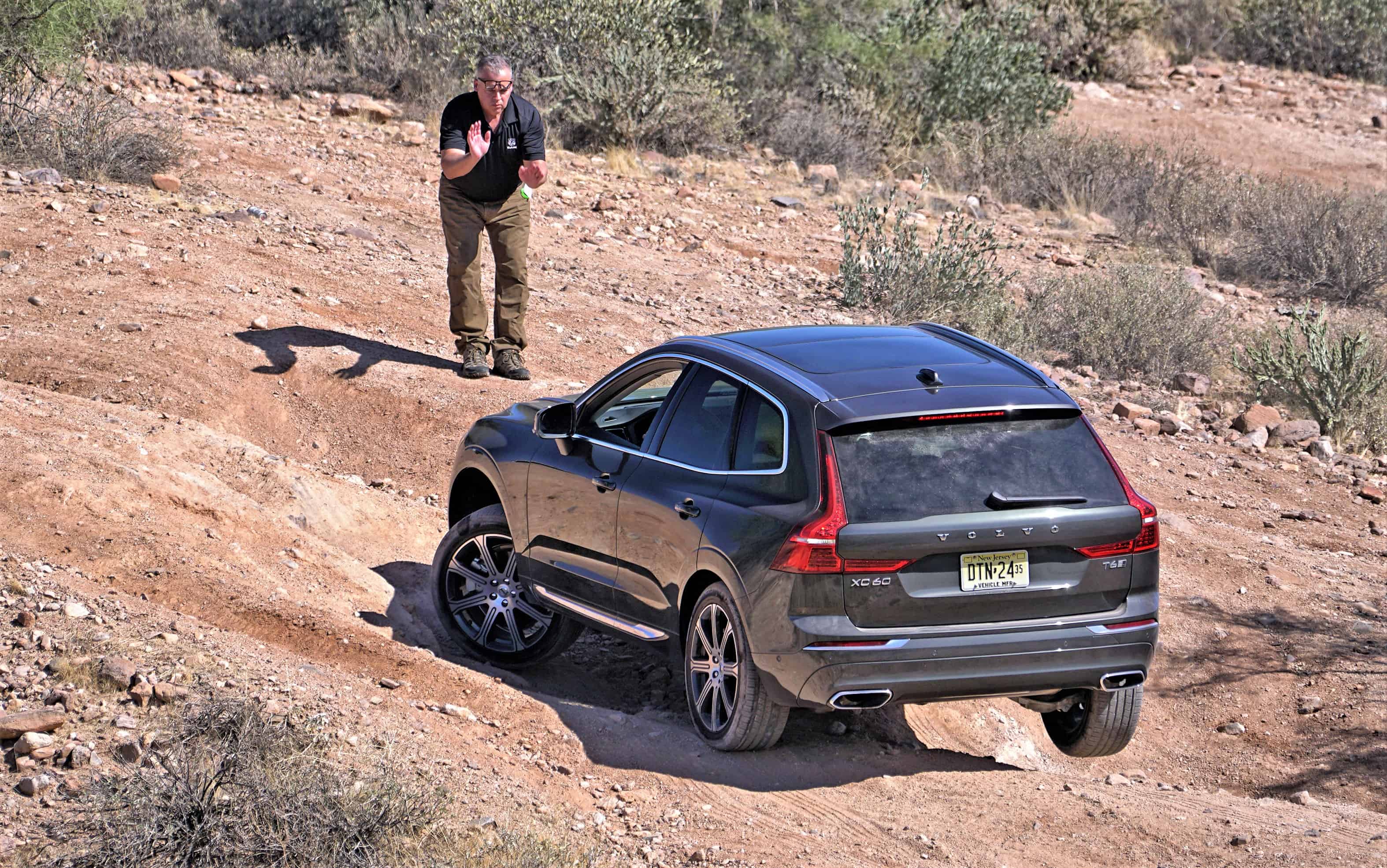 Teetering on three wheels in a 2017 Volvo XC60 SUV, trying to rock it out of the deeply grooved ruts of a steep Arizona desert trail, I began wondering whether I had made a critical driving error.

The Volvo was not happy on this rugged terrain, what with its all-season tires and such, and I was summoning up every bit of mind of over matter to get it unstuck. Finally, we started to climb at some crazy angles, and I felt fairly heroic once we crested the ridge.

My Volvo drive came as I participated among the automotive journalists ranking cars, trucks, crossovers and SUVs for the 14th Active Lifestyle Vehicle of the Year awards, trying to determine which of the two-dozen candidates best fit the needs of athletes and outdoors folk. The testing featured on- and off-road tests, including Extreme Off-Road, and the jury panel comprised professional athletes as well as auto writers.

Driving the Volvo back from the off-road area, my positive feelings about the four-wheeling victory turned to chagrin once an ALV volunteer ran over to inform me that the Volvo had no business being subjected to the Extreme Off-Road segment of the competition. Despite being all-wheel drive and having an “off-road” mode among its driver settings, the SUV was supposed to be part of the on-road testing, competing in the Luxury Family category.

Oops. At least there was no harm done, except to my self-esteem. And the Volvo did really well.

The ALV test vehicles, supplied by the automakers, ran the gamut of sizes, styles and segments, from brawny four-wheel-drive pickup trucks to midsize sedans, compact SUVs and hybrid vehicles. They were broken up into nine award categories (the big pickups actually belonged in the Extreme Off-Road class) with a winner chosen in each.

The off-road segments, both extreme and otherwise, were held at the Butcher Jones recreation area in an established off-roading location east of Phoenix. The on-road trials were held on nearby winding two-lane roads.

Journalists and athletes from across the country served as judges, rating each vehicle on a list of criteria. Among the athletes were former Arizona Cardinals tight end Mark Walczak (and his well-behaved Labrador retriever), internationally ranked cyclist Paul Thomas, elite triathlete and mountain-biker Lewis Elliott, and race-car driver Rodney Riley, an instructor at the Bob Bondurant School of High Performance Driving.

The ALV competition was organized by co-founder Nina Russin of Phoenix, a long-time marathon runner and cyclist as well as a veteran automotive journalist.

“While technically a car-of-the-year competition, ALV’s primary focus remains that of education, giving automotive manufacturers the opportunity to interact directly with opinion leaders in the active community,” Russin said.

The winners this year: