Dramatic Argentine racer with ties to Fangio going to auction

According to H&H, the car was designed by Don Juan Ovidio Alesso with help from Fangio as an all-Argentinian challenger in international motorsports.

Fangio reportedly provided a set of Rudge Whitworth wire wheels for the car as well as the independent front suspension, which came from an Alfa Romeo racing car of the era. However, Alesso opted not to use the Alfa suspension, fearing it wasn’t stout enough to support the car’s huge engine. Fangio also helped arrange for publicity for the car and for its public debut.

The car has a bespoke 7-liter, quad-cam flat-12 engine, a multi-tubular chassis and hand-crafted aluminum bodywork.

“Determined that its chassis, engine and body should be of Argentinian manufacture, he (Alesso) set to work,” H&H said. “Influenced by contemporary aeronautical practice, the unique multi-tubular frame that Don Alesso fabricated saw several of its members double-up as oil and coolant tanks/conduits.”

Alesso reportedly was promised financial support from the Peron government, though that support did not materialize and “this brave effort to build a purely Argentinian challenger was outmoded before its full potential could be realized,” the auction house said in its news release.

H&H said the car is being offered for sale for the first time in 22 years and lacks its clutch, rear shock absorbers, timing wheels and instruments.

“Without doubt it will be a future star turn at the Goodwood Festival of Speed,” the auction company promised. 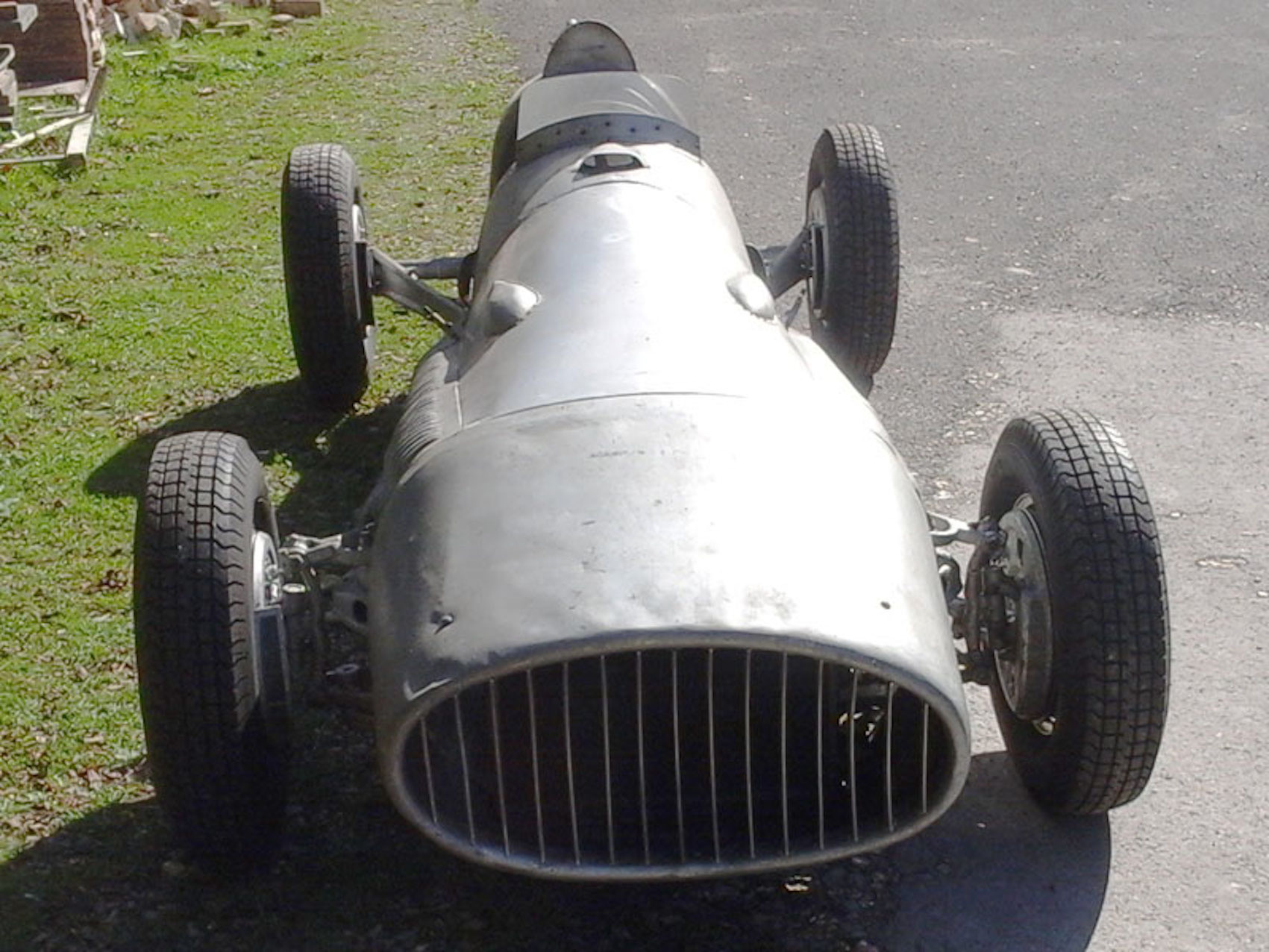 “Having won the Rafaela 500-mile race on 24th December 1950 aboard a Talbot-Lago T26C, Fangio stayed in the area to attend a fund-raising banquet for the Alesso single-seater,” the auction house said. “Hampered by a lack of funds and teething troubles with the monstrous 7-litre powerplant, progress on the Formula Libre project was slow. After a series of successful test bench runs, the engine was finally installed on November 11th 1952 with the car making its public debut at Buenos Aires’ ‘October 17th’ Autodrome shortly thereafter.

“Present that day were Juan Manuel Fangio (who had helped arrange the unveiling) and Luigi Villoresi, both of whom apparently tried the Alesso and praised it to ‘Peronist World’ magazine.”

Alesso continued development, driving himself or hiring motorcycle-racing champion Francisco Gonzalves. However, a change in the Formula Libre rules made the car obsolete.

The car was imported to France in the 1990s and was put on display at Paul Foulkes-Halbard’s Filching Manor Motor Museum. Foulkes-Halbard reportedly visited Fangio in Argentina for verification of his role with the car and planned to restore the vehicle before suffering a fatal stroke in 2003.