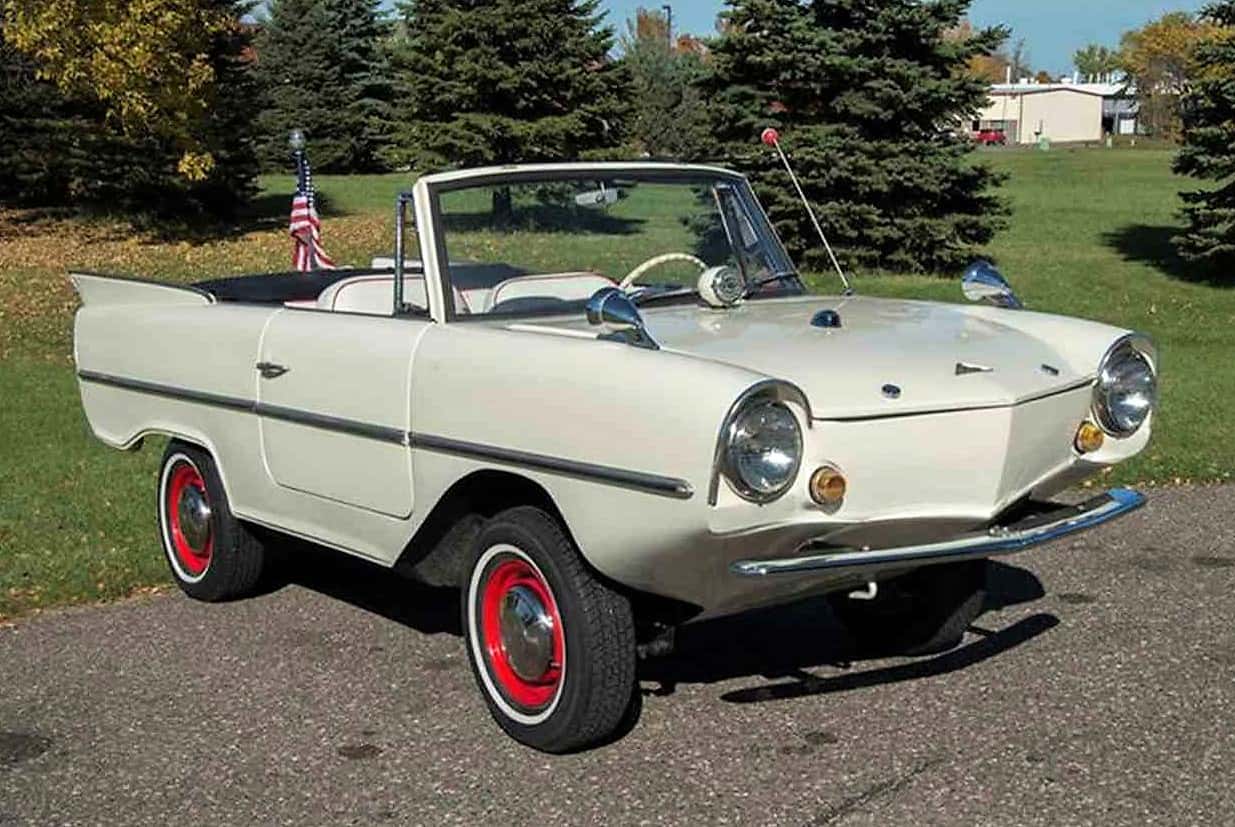 During Barrett-Jackson’s Scottsdale auction in 2006, the strangest thing happened. There was this little restored Amphicar that came up on the block. Expectations were not high.

But lo and behold, a pair of bidders duked it out until the amphibious roadster sold for a startling $126,500, including auction fee. That was so over the top for the odd little car/boat contraption; generally, they had struggled to break $30k for the best ones.

Amphicar hobbyists rejoiced, and these quirky German imports began showing up regularly at auctions in immaculate conditions, since now they apparently were worth restoring. The values have stayed strong, though they quickly settled down to generally about half of the B-J result (There was one that reached $123,000 at auction due a celebrity bump; it had been owned by country-western star Alan Jackson.)

The Pick of the Day is a 1967 Amphicar 770 that the seller says is in properly excellent condition and ready for driving or sailing. If you are unfamiliar with these, they can be driven right into the lake without stopping, a pair of small propellers providing the forward thrust.

Former President Lyndon Johnson owned one and was known to take guests on tours of his ranch that included driving into a large pond with the terrified passengers on board. LBJ was famous for his Texas-brand humor.

Anyway, this Amphicar is described as having a nearly perfect interior, although there is no mention in the ad of mileage or restoration history, except to note that the transmission has been rebuilt.

“One of the nicest we have seen,” says the seller, a Rogers, Minnesota, dealer advertising the car on ClassicCars.com. “Powered by a 1,147 cc straight-4 engine and newly rebuilt transmissions… to take you both on road and in the water. White with a beautiful red-and-white interior and black top. This car is a showstopper for sure.”

Being located in Minnesota, nicknamed the Land of Lakes, seems appropriate for this puddle jumper. No, taking it out on the open sea would be a mistake.

Despite these cars appearing frequently at collector car auctions, they are fairly rare with an estimated 350 surviving out of a few more than 3,800 built. They were not great cars nor great boats, but they are certainly charming and would be fun to have around.

The asking price of $59,500 seems pretty strong, about what Amphicars were selling for in their flavor-of-the-month heyday.