Volkswagen might bring back Thing as an electric car 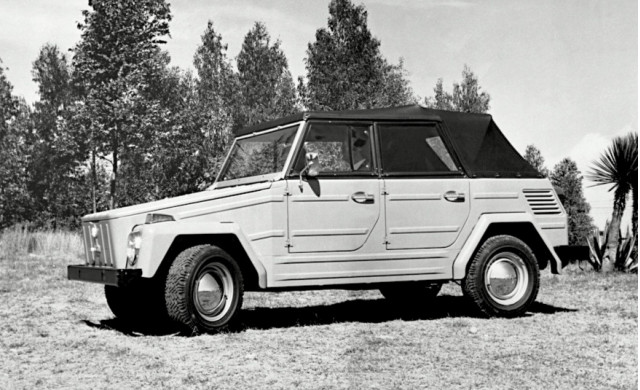 Volkswagen thinks the possibilities are plentiful to bring back some of its most iconic vehicles from the past, thanks to its dedicated MEB electric car platform. The latest retro revival? The Volkswagen Thing, which graced the United States for just two model years before disappearing.

The original Thing was a rear-wheel drive, four-door convertible born from the World War II-era Kübelwagen, which was the German equivalent to the Willys Jeep. The model featured more rugged aspirations, and according to Car and Driver,Volkswagen brand chairman Herbert Diess thinks a retro-inspired electric utility vehicle would fare well. After all, consumers continue to favor SUVs and crossovers over traditional sedans.

Diess alluded that whatever the brand decides to pursue—he also mentioned the potential return of the dune buggy—it will likely come at the expense of the Beetle. He clarified, however, Volkswagen hasn’t made a decision over whether the Beetle will soldier on. From what the executive said, it sounds like the brand is more excited about other nameplates though.

“I don’t know if you remember the Kübelwagen. This Thing is a nice car. Then there are all the buggies, the kit cars. We have the bus. We have the various derivatives of the bus. We have so many exciting concepts in our history that we don’t have to do a Beetle,” he told the magazine, which reported the story Monday. Volkswagen already confirmed it will resurrect the bus with a production vehicle similar to the ID Buzz electric bus concept. A cargo van and hatchback will follow.

If the Beetle does stick around, it would move to the MEB platform and go all-electric, per Diess. He added it would likely be closer to the original Beetle. “We could (build an electric Beetle), because it is rear-wheel drive, no grille. If we wanted to do a Beetle electrically, it would be much better than the current car.”