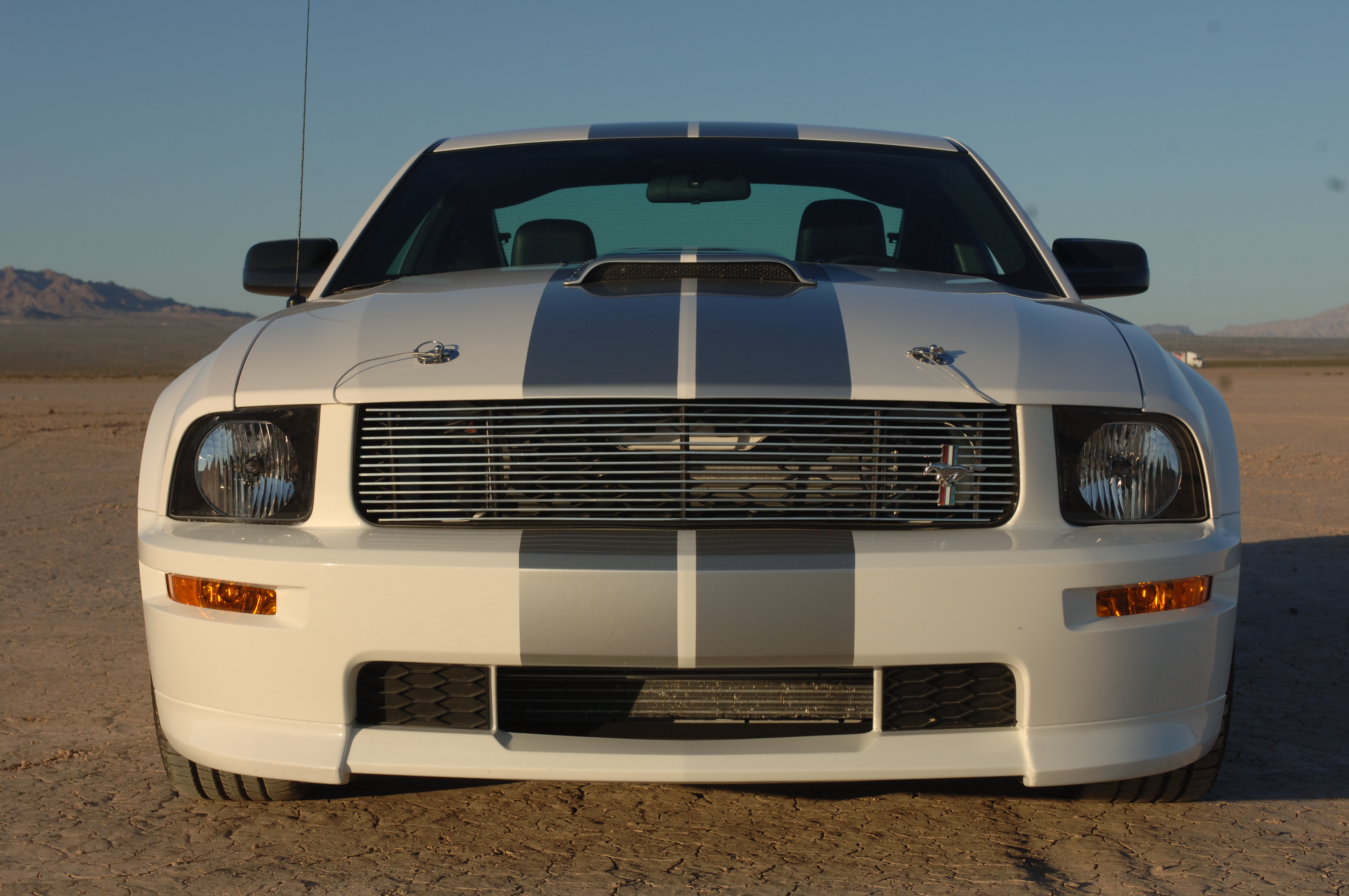 (This is the sixth in a 10-day countdown leading up to Barrett-Jackson’s annual collector car auction in Las Vegas.)

In the modern Shelby era, the 2007 Shelby GT propelled the brand back into Mustang prominence. The story goes that following the popularity of the 2006 Shelby GT-H, which was produced exclusively for Hertz, both Shelby and Ford realized there was a significant demand for a new Shelby Mustang, resulting in a deal to offer the Shelby GT for 2007.

This meant that for the first time since 1967, Mustangs would be shipped to a Shelby production facility for conversion into high-performance models and then sold through Ford dealerships.

It also meant there was a need for a developmental car to be used for publicity photos.  So, Shelby took a white 2007 Mustang GT and, following the playbook for the GT-H, added a Ford Racing suspension, unique front fascia, quarter-panel scoops, and silver side and dual over-the-top LeMans stripes. A hood scoop, similar to the one used on the 1965-66 GT350s, was also added. Finally, this Shelby GT concept received its Shelby serial number, 07GT01C, as the first concept car.

Once completed, the unique concept car was used for Ford’s press release and advertising photography, including a photo-shoot with Carroll Shelby.  The car was also part of a display at the New York International Auto Show during the Shelby GT’s introduction. Shelby retained the car for many years using it for developmental work, including testing for Shelby GT options like the Whipple supercharger, Baer brakes and 20″ Razor wheels.

The car, which has a 5-speed manual transmission, also served as a “ride-along” vehicle at events to demonstrate its capabilities on the road course. Over the years, it was often displayed in the Shelby American Heritage Museum in Las Vegas as the first pre-title Shelby Mustang since 1970.

The car comes to sale at Barrett-Jackson’s Vegas auction with a Letter of Authenticity from Shelby American president Gary Patterson, a color copy of the original Ford MSO that was signed over to Shelby American, and a collection of photos showing the car’s conversion into a Shelby GT along with the Ford promotional photography. It has 9,360 miles on its odometer and retains the Shelby upgrades. CARFAX shows Ford Motor Company manufacturer’s open safety recall on 01/12/2017. Issued for passenger airbag inflator replacement.

This 2007 Ford Shelby GT Concept car #1 will be lot No. 737 at Barrett-Jackson’s Las Vegas Auction taking place October 19-21 2017 at the Mandalay Bay Resort. To register as a bidder and learn more visit Barrett-Jackson’s website.