When Chevrolet made Ford a better car for racing

Henry Ford may have put the world on wheels, but, as strange as it may seem, it was Louis Chevrolet who made Ford’s Model T’s into winning racing cars. One such car, a 1926 Ford Model T Frontenac, is on the docket for the Branson Auction, scheduled for October 20-21 at the popular tourist town in Missouri.

According to the auction notes on its website, the car probably is a reproduction of one of the famed Fronty-Ford racers, but has a period-correct engine with the Frontenac cylinder head.

It also “starts easy, gets loud and goes fast,” the auction description adds, and in the video presentation of the car, auction co-owner Jim Cox notes that the car would be ideal for touring and rallies.

What the car represents is one of the most unusual pairings in American automotive history — Chevrolet improving Ford vehicles.

But in this case, it wasn’t the Chevrolet division of Ford arch-rival General Motors but Louis Chevrolet himself, and his brothers, who souped up Fords for racing.

Natives of Switzerland, the Chevrolet brothers — Louis, Gaston and Arthur — were raised in France. Louis invented a pump to transfer wine from presses to vats, worked on and raced bicycles, and then for several French car companies. He moved to Canada, working as a chauffeur, and then to the United States, working for several automakers and racing for Buick, which led to his business dealings with GM founder Billy Durant and the establishment of the Chevrolet automotive brand.

His brothers would join him — Gaston won the Indianapolis 500 in 1920; Louis drove in the race six times, finishing seventh in 1919, and Arthur made two starts at the famed Brickyard.

Disagreements between Chevrolet and Durant led to the brothers creating their own car company, Frontenac, with Gaston and Tommy Milton both winning at Indy in such cars. Chevrolet also produced cylinder heads that greatly increased the performance of Ford’s Model T, and Fronty-Fords won races at tracks across the country.

The Branson Auctions is in its 39th year and holds two sales annually — one in the spring, one in autumn. It has been owned by the last several years by Jim and Kathy Cox. The sales are held at the Branson Convention Center. 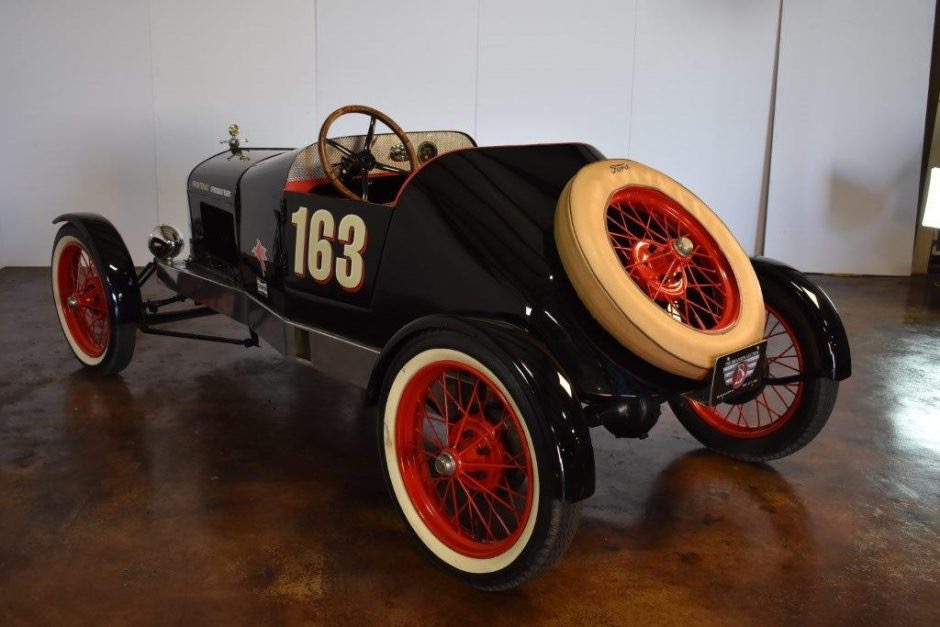