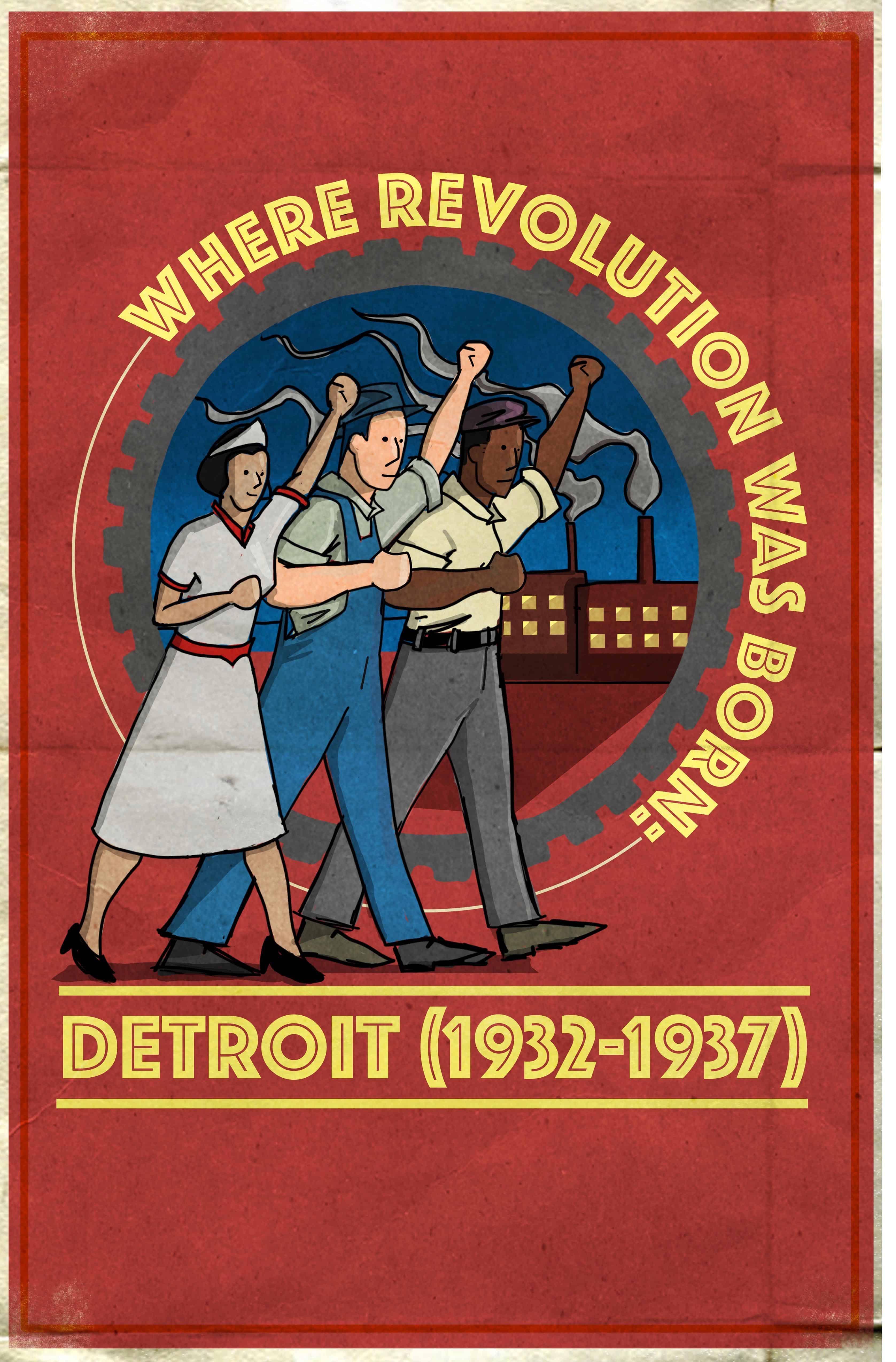 And then there’s the MotorCities National Heritage Area, a non-profit affiliated with the National Park Service, which seeks to inspire an appreciation for how the automobile changed Michigan, the nation and the world. The MotorCities’ region encompasses 10,000 square miles in southeast and central Michigan, which, it notes, represents “the largest concentration of auto-related sites in the world.”

The group promotes various historic venues and car shows and events throughout the year. On the weekend of October 20-22, the automotive heritage organization and the Michigan Labor History Society will present “Where Revolution Was Born: Detroit (1932-1937)” with tours, panel discussions, music — based on “Forgotten: Murder at the Ford Rouge Plant” — and children’s activities relating to the move for worker justice that included the Ford Hunger Strike, the Battle of the Overpass, the Flint sit-down strike, the Lansing Labor Holiday, and other events.

Also included will be a guided tour of the Diego Rivera murals at the Detroit Institute of Arts.

For details, visit the web page offered by Wayne State University. For more on the automotive heritage area, visit its website.

A Taste of Europe is the theme for the cars & coffee cruise-in Saturday from 9 a.m. until noon at the Seal Cove Auto Museum in Maine, where the museum also will host the International 190SL Group gathering. Alter in the day, from 1:30 to 3 p.m., the museum will offer rides in its 1922 Detroit Electric at the Southwest Shoppes shopping complex in Southwest Harbor. And later in the day, the museum will be the site of the Mount Desert Island pre-marathon party, from 4 to 6 p.m. The museum’s 1922 Detroit Electric also will lead runners to the finish line during the race.

Coffee & Camaros is the theme Saturday morning from 10 a.m. until noon for the cruise-in at the America on Wheels museum in Allentown, Pennsylvania. Sunday, those who bring their favorite Transformer toy character to the museum’s HubCap Cafe between noon and 2:30 p.m. will be rewarded with a free scoop of ice cream.

The California Automobile Museum in Sacramento benefits from the fifth annual Capitol Carrera, an overnight touring rally this weekend.

The California Agriculture Museum is co-hosting a Northern California fire relief effort Saturday from 7 a.m. until 4 p.m. at the Hoblit Chrysler/Jeep/Dodge/Ram auto dealership, 1990 Hayes Lane, Woodland, California, and with the Red Cross is asking asking people to donate money or toiletries. The local Rotary Club will serve breakfast until 11 a.m. and lunch until 4 p.m.. In addition, the dealership will donate $250 for any used-vehicle purchase to the Red Cross and is offering a $500 discount on any new 2017-18 vehicle purchased during the relief-program hours.

The Blackhawk Museum in Danville, California, stages its Night at the Museum gala Sunday, a western-themed event with dinner, entertainment and dancing to benefit the museum’s Children’s Education & Transportation Fund, founded in 1991 to provide for museum visits by Bay Area-classrooms.

Charles Gordon-Lennox, Duke of Richmond, Lennox, Aubigny and Gordon (and formerly known as Lord March) will be the honored guest at the Petersen Automotive Museum’s 23rd annual gala on Saturday evening.

“They’re Only Original Once, Survivor Cars” is the theme for a new exhibit opening November 4 at the America on Wheels museum in Allentown, Pennsylvania. On November 12, the museum will host the Dorney Park and Mahoning Speedway reunion.

On November 10, the California Automobile Museum in Sacramento offers “An Evening with Scott Pruett,” featuring the Indy and sports car driver.