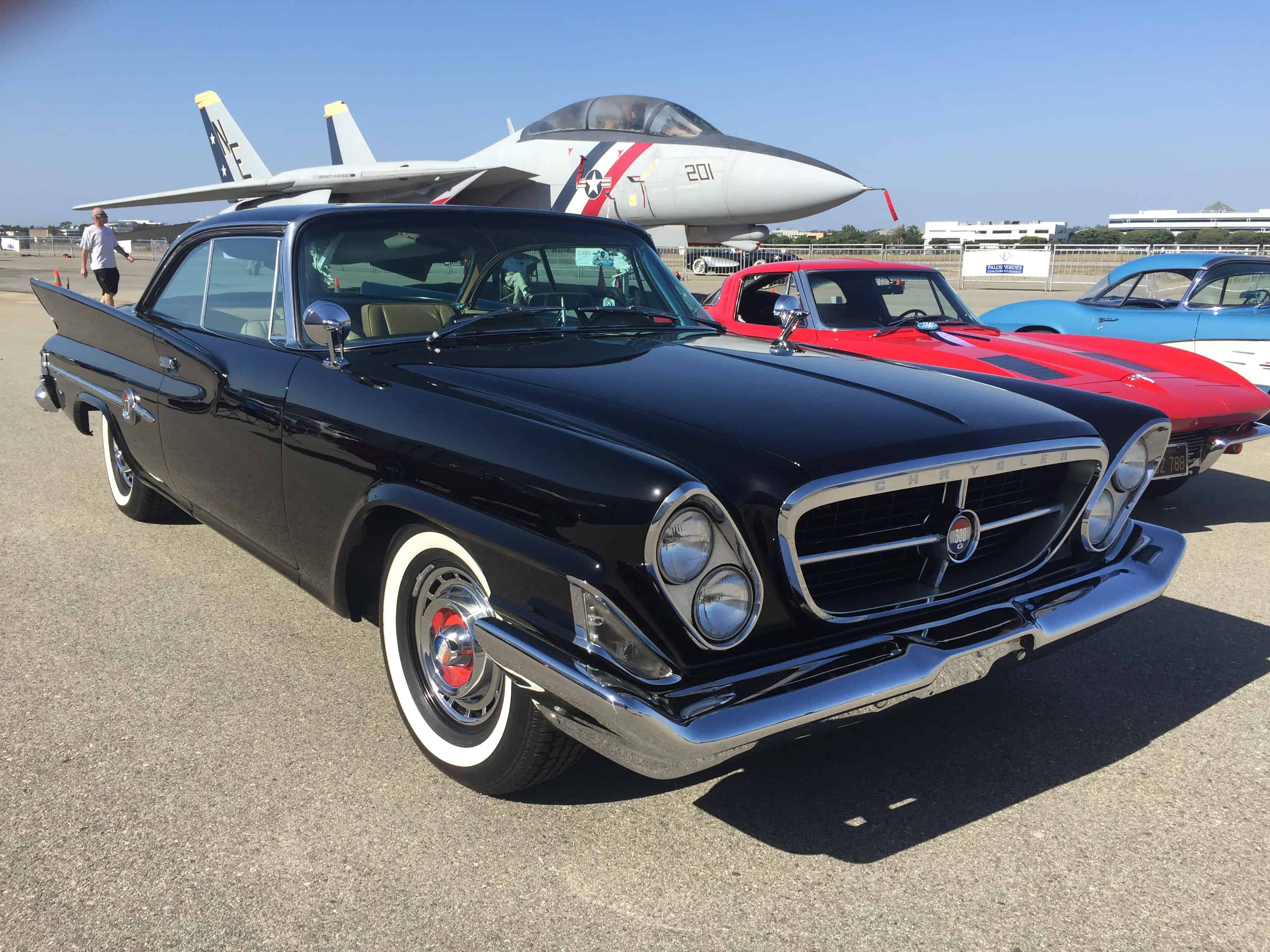 What a great idea. The undulating golf links atop the event’s traditional Palos Verdes Point coastal bluffs was exchanged for something a little less dramatic — the flight ramp of Robinson Helicopters on Louis Zamperini (air) Field in the inland city of Torrance.  The resulting display of vintage aircraft from the Western Museum of Flight juxtaposed with classic cars from across the country gave the real motorheads a reason to celebrate. Beyond the two primary distinctions in the show, the automotive entry was at least as impressive.

Celebrating the automobiles from both Packard and Porsche supported the show’s story line — but all the classes were worthy of time spent with owners and their treasures. Classic Packards led the field as you passed through the gate. Porsches were split into 911s and 356s. The two groups were at the fore and aft of a spectacular life-size model of a Northrop Grumman YF-23.

If that didn’t raise your heart rate, additional class highlights included: a beautifully preserved Rolls-Royce from the company’s American manufacturing site in Springfield, Massachusetts, which shared its class with a mighty supercharged Mercedes Model K sedanca. The class also included a rare and beautifully restored 1938 MG VA 1.5-liter Tickford drophead and a rarer still — one of one — Voisin C27 Aerosport coupé.

But wait, there’s more! At the end of the row was a wonderfully evocative Le Mans-style Bentley 4.5-liter race car. But the class winner that went on to take Best of Show was an elegantly detailed Mercedes-Benz 290 cabriolet.

For those of us from a lifetime of automotive exploration who assume they have seen everything, it is always rewarding to discover one — or two — representatives of the fine art of automobile design as yet unknown.

Alfa Romeos are always a pleasure to see up close, but the two coupes on display were startling discoveries. One was a dramatic sweep of elegance on a 1900cc chassis with a split rear window from Carrozzeria Boano, suggesting a role in the inspiration of Peter Brock’s historic ’63 Corvette Sting Ray. The other was a modestly drawn competition coupe with simple handsome proportions on (presumably) a 1958 Giulietta platform.

Always an irresistible stop on a show field is one of the Spanish Pegaso Z103 coupés, like the ’56 Panoramica painted an remarkably unpretentious grey, though the open hood exhibited all the exotic pretense one could hope to see, with its four cams and two gigantic 4-barrel Weber carburetors.

Several successful and popular classes included post-WWII American cars, including hot rods and race cars — they illustrated lots of local California history. A ’61 Chrysler 300G was a fantastic celebration of America’s love affair with jets and rockets and exaggerated aerodynamics — fins, at their very best!

Nearly a decade separated the speed pretense from real speed, in the form of a Ramchargers’ Super Stock Barracuda.

The hot-rod category was rich in traditions from a ’23 track roadster through the classic ’29 to the much-admired and re-created ‘32 Deuce — one of these had both a correct club plaque on its tail and a Russetta dry lake timing badge on its dash.

Midst the 4-wheel hardware were a dozen or more winged 3-wheel artifacts, not the least of which was a Beechcraft B17S Staggerwing. There was a C47 military transport and a fan-favorite P-51 Mustang, both proudly wearing their black and white D-Day stripes; created lest an excited gunner not recognize the white star and bars in the heat of battle.

Several flyovers of formations of aircraft powered by mighty radial engines suddenly removed any interest in anything else as they made themselves known.

There also was a library of history on the Robinson Helicopters ramp and a full house of universalist enthusiasts to share it. We left the field with the hope it was an idea and a venue that could be repeated next year, and beyond.