When the chief engineer left Talbot in 1916, his position with the British automaker went to 25-year-old Georges Roesch, who at age 18 had left his home in Geneva, Switzerland, to work for Automobiles Gregoire. Born to a German-born blacksmith, wagon (and later motorcar) mechanic and bicycle racer, and his French wife, Roesch immediately showed promise and Gregoire quickly moved him from the shop floor to the design and engineering office.

Soon he found himself at Renault, but then was recruited to Daimler in London. As World War I was concluding, he applied to Talbot, where his first duties were designing new aircraft engines. His single rear-seat design proposal for the Talbot A.12 was considering revolutionary, even if the car did not go into production. 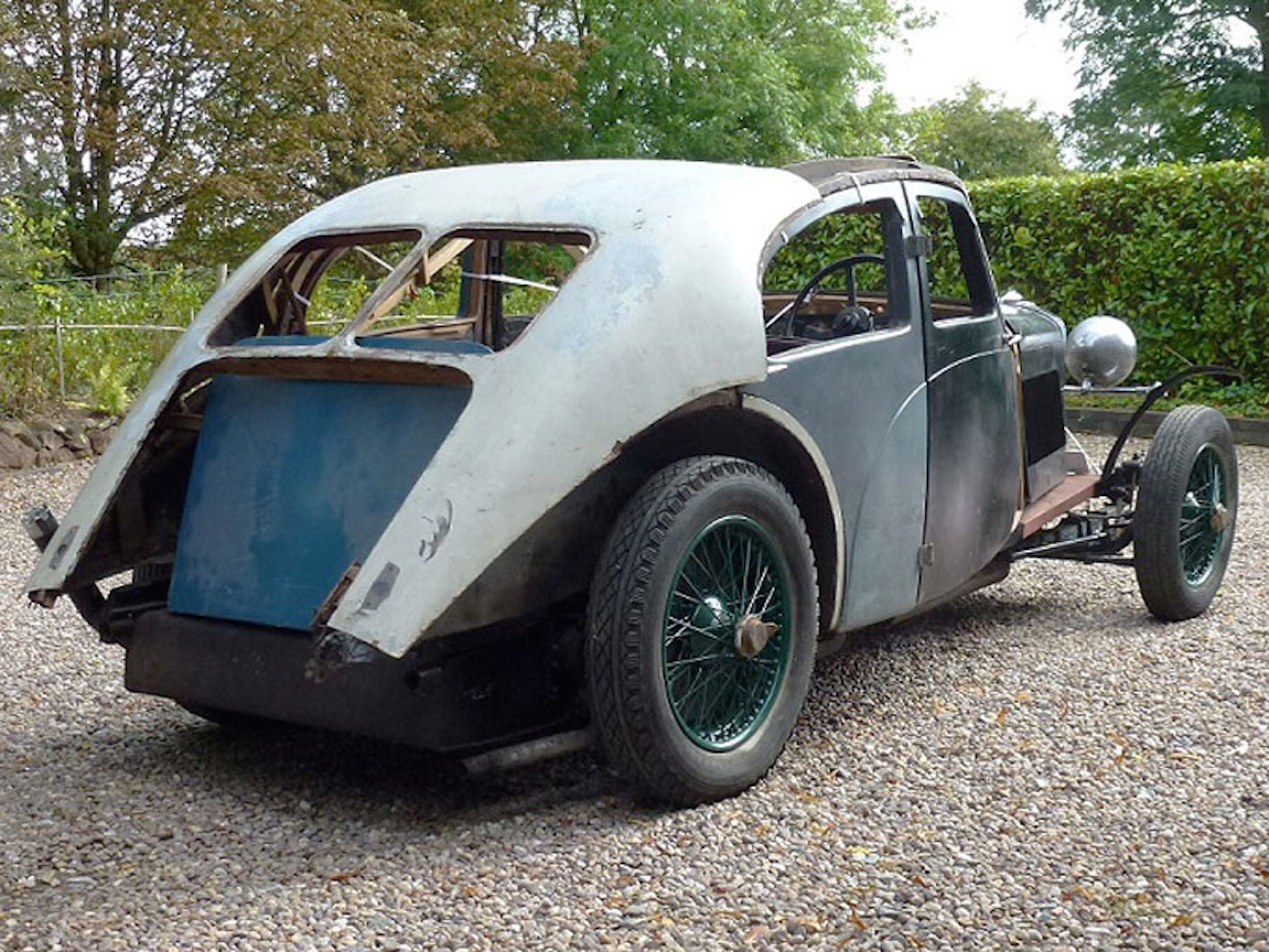 But the company did produce his 14/4, according to the Beaulieu Encyclopedia of the Automobile a car with Rolls-Royce refinement, quality and performance but half the size, weight and price, for nine years. He also created a racing version, the Talbot 90, and subsequently the Talbot 105 and 110.

Roesch wanted a special car for his own use, and used the 105 as the basis for the aerodynamically stunning 1937 Talbot BI 105 Airline sedan. Talbot produced a run of fewer than 100 105s, among them some of Roesch’s favored fastback saloons. One of those Airlines is on the docket for H&H Classics’ November 15 auction at the Imperial War Museum in Duxford, England.

H&H reports that the car’s 3.0-liter inline 6-cylinder engine was overhauled some 30 years ago by specialist Arthur Archer, and that several parts were re-chromed at that time. The auction house also notes that the parts needed to complete the restoration appear to be included with the vehicle.

The car has semi-elliptic leaf-spring suspension with Luvas adjustable shocks and large-diameter drum brakes. The engine is linked to a Wilson pre-selector transmission.

“This fascinating project has been in the current ownership for the past eight years following its acquisition from Birmingham coachbuilder Jack Castle,” Nick Lumby, H&H Classics senior specialist, is quoted in the auction house news release. “The vendor has now reluctantly decided that family commitments will prevent him from lavishing the time and attention required to restore the car. 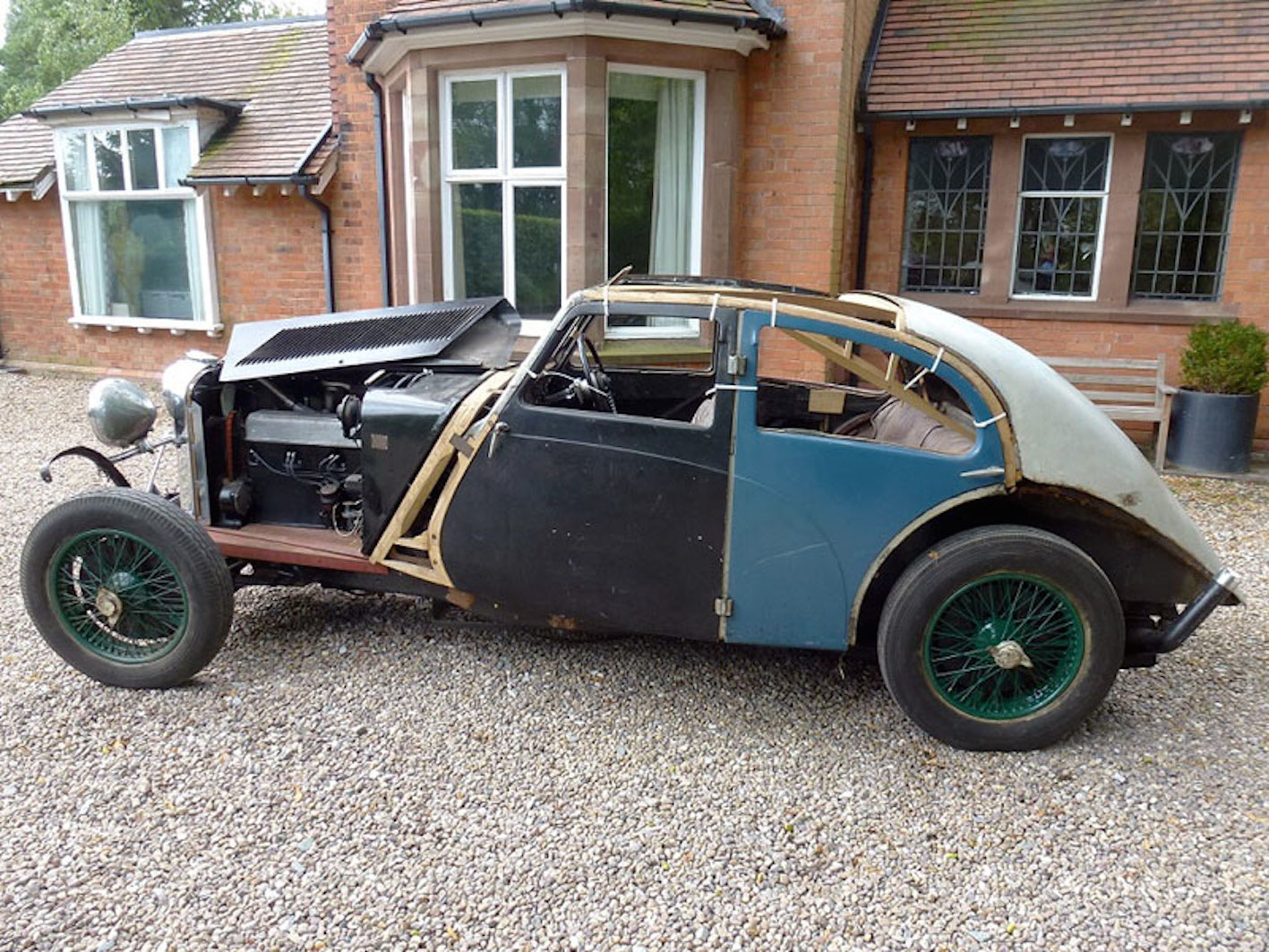 “We are informed that much work was carried out in the 1980s including an engine overhaul by Arthur Archer (never run since and free) and a refurbishment of the pre-selector gearbox. The suspension and braking system were also attended to, whilst much of the brightwork has been replated.

“The vendor believes almost all parts needed accompany the car together with a Swansea V5C, two old buff logbooks and a history file containing two original handbooks and information from Archers.

“One of just a tiny handful of survivors, DLP 937 represents a rare opportunity for the discerning Talbot enthusiast.“

Question of the Day: Do you prefer El Caminos or Rancheros?