One of the biggest dreams in the collector car world is resurrection of an iconic brand, and from time to time, the rights to a marque become available. Such will be the case January 27 when the Excelsior-Henderson motorcycle brand and all of its intellectual property are available at Mecum Auctions’ Las Vegas Motorcycle Auction in Las Vegas.

In its news release, Mecum calls the sale an unprecedented opportunity to own all intellectual property from the last of “The Big 3” American motorcycle brands, alongside Harley-Davidson and Indian.

“The vintage Excelsior and Henderson motorcycles still in existence today are highly collectible and celebrated examples that are among the best early motorcycles ever created,” Mecum noted in its news release.

“It is clear that the interest in the brand and the endearing respect for its creations has not waned in the past century.”

Though founded in 1907, the Excelsior Motor Manufacturing & Supply Company enjoyed its greatest success after being purchased in 1912 by Ignaz Schwinn, of bicycle-building fame. Schwinn added the Henderson Motorcycle Company, founded by the grandsons of American automotive pioneer Alexander Winton, to the portfolio in 1917.

“From 1911-21, Hendersons were the only 4-cylinder motorcycles produced in the U.S., and by the late 1920s, it was Excelsior-Henderson and Indian that dominated the 45 cubic-inch market with the Super X and Scout models,” Mecum noted. “Their big models—the Henderson Four, as well as the Indian Chief and Four—were admired the world over, and were in many ways the most attractive and technically interesting motorcycles built in the U.S.

“Nevertheless, Schwinn correctly foresaw a major downturn in motorcycle sales for 1930, and decided to pull the plug on his big bikes and focus on the ones without motors, which were likely to continue selling when jobs were scarce.

“And he was right; Schwinn bicycles thrived through the 1960s and ‘70s, but the company never again produced motorcycles.”

In the 1990s, Daniel Hanlon secured the rights to Excelsior-Henderson and in 1998 and 1999 produced nearly 2,000 Super X motorcycles bearing the brand name.

However, Mecum added, the Excelsior-Henderson name “has quietly survived, waiting for the right combination of capital and inspiration to roar back to life.” 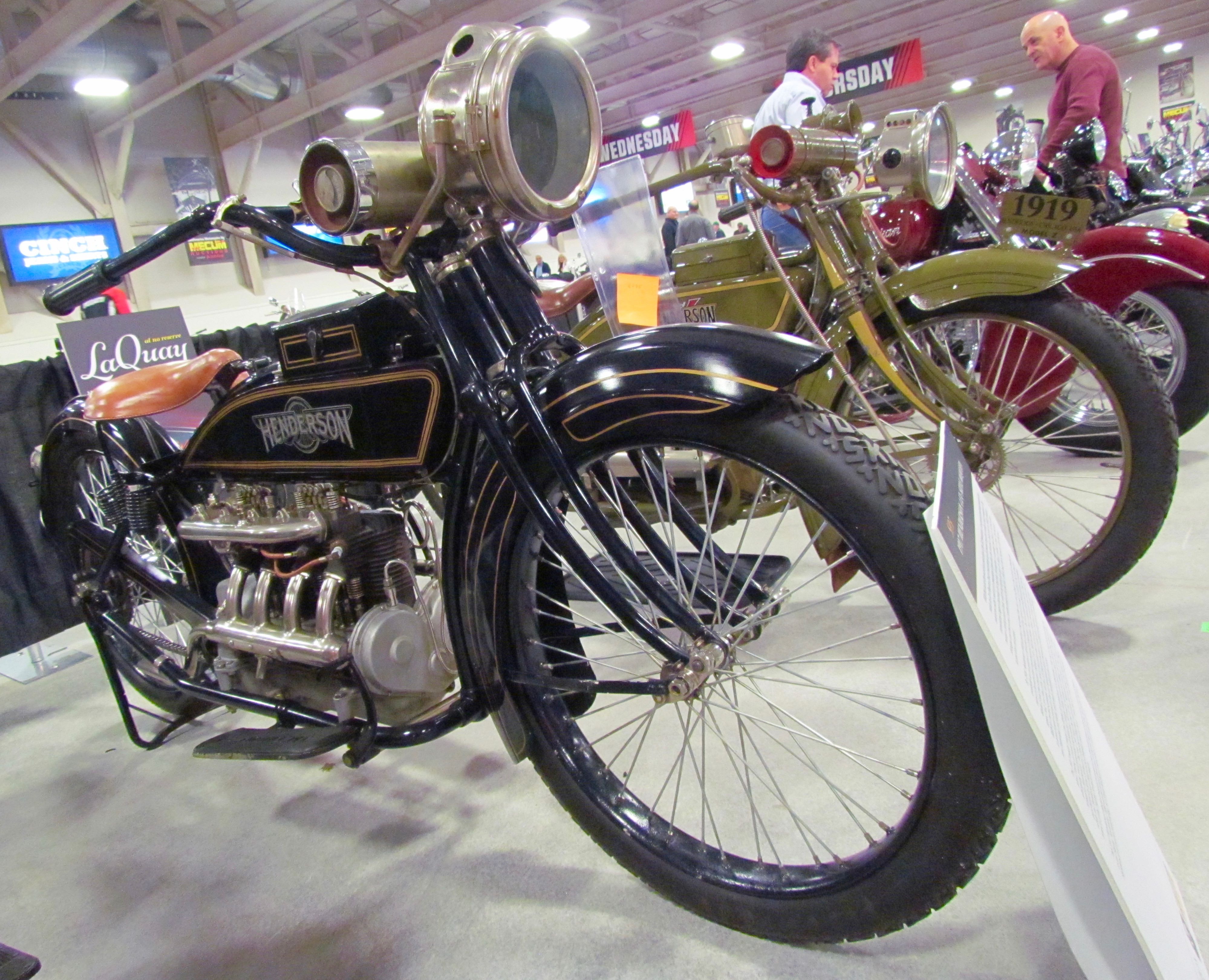 Mecum said the sale in Las Vegas will include “the ownership of the Excelsior-Henderson brand name, 10 federally registered trademarks, web domains, previous motorcycle frame and engine designs as well as 18 expired patents that can only be effectively exploited by the owner of Excelsior-Henderson.”