Inside and insight: Shelby shop during the Venice Years 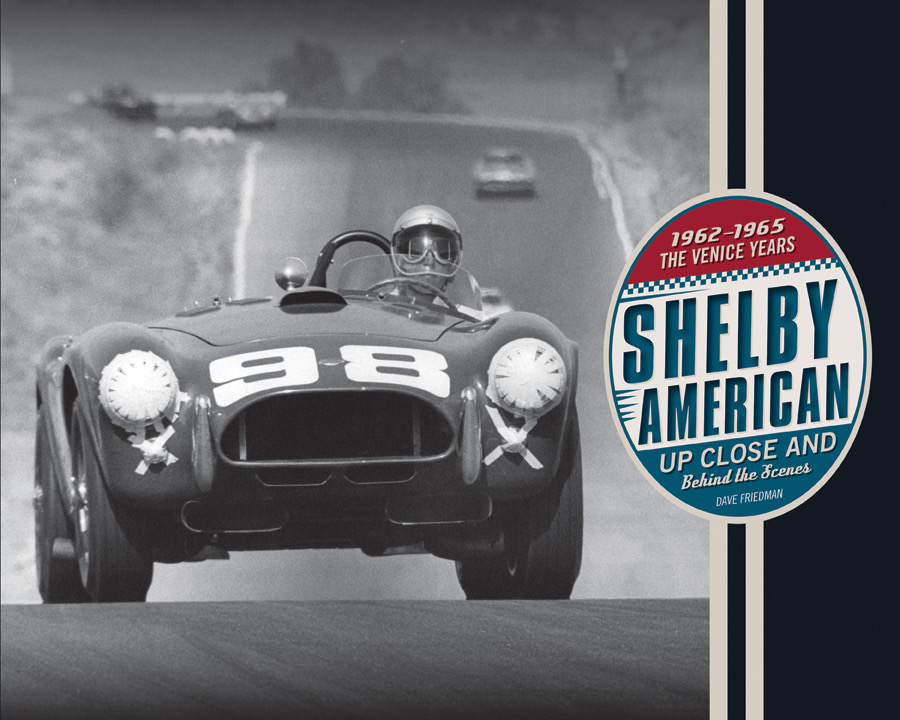 With members of the Original Venice Crew reuniting to produce the Shelby GT350Ri Mustang envisioned 50 years earlier, interest in the “Venice Years” of Shelby America has been renewed.

Filling in the knowledge gap for younger enthusiasts and rekindling recollections for those whose memories of the era may be fading is a recently published book by Dave Friedman, at the time a young photographer hired by Carroll Shelby to document what was happening.

And a lot was happening. Reading through the text that sets the scene for each of the book’s yearly chapters, and enjoying not only Friedman’s photographs but the nicely crafted captions, it’s amazing to realize how much was going on back in the Shelby workshop at 1042 Princeton Drive in Venice, California.

There were the original 289 Cobras, the Daytona coupe, the Dragonsnake, revisions to the Ford GT, even the first 50 Shelby GT350 Mustangs were created in that location. Those cars were racing not only in the United States but in Europe and the Caribbean as well. Oh, and there also was the Goodyear tire distributorship for 11 Western states.

So much was happening that Shelby outgrew his former location, a single office in Dean Moon’s hot rod shop in Santa Fe Springs, where he was selling tires, launching a driver’s school and laying out the Cobra project, which was supposed to produce only 100 cars, just enough to qualify for racing a Ford-powered sports car against Chevrolet’s Corvette.

But even on Princeton Drive – the location formerly had been the shop for racer Lance Reventlow and his famed Scarab team – things were growing so quickly that what started as Carroll Shelby Enterprises got both a new name — Shelby American — and expanded into another building sort of across the street, but with an address on Carter Avenue.

Friedman, who was able to turn an extra bathroom in the Princeton Drive shop into a photo lab for processing film and printing photos, chronicles those years — 1962 through 1965 — in a large-format book, which is fitting since the heart of the book features hundreds of his historic photographs, both in the workshops and at the race tracks.

In the book’s acknowledgments, Friedman thanks Shelby not only for hiring him, but years later for suggesting that Friedman interview as many of the original crew members as were still available. Friedman shares many of their words in the book.

“We promised this poor guy that car for months, and we had to keep stalling him off while our guys tried to figure out how to put those cars together. It was really trial and error in the beginning because no one knew what the hell we were doing… he finally was able to come down and pick it up. I remember distinctly that when Neville drove out of the shop on Princeton, Shelby and I turned to each other and crossed our fingers, hoping that the car would make it as far as Malibu before something fell off.”

After the expansion to Carter Street, Gary Pike became quality-control manager. Part of his job included driving each Cobra 35 miles to make sure everything was working properly, or so they hoped:

“I started out at fifteen miles in the beginning, when the cars were junk and we weren’t too sure about what was going to break or fall off.”

Despite such hiccups, the Shelby team succeeded not only in building cars but in racing them, and it’s amazing in retrospect how much was accomplished by so few.

The book includes an appendix that shares race results for the team during the Venice years, and the publisher acknowledges that it is the Shelby legend and the insight Friedman’s photographs provide that are at the heart of this book, which ends with four extra pages — Cutting Room Floor — each of those pages showcasing yet a dozen more images from the era.

Mecum hits $217M in Kissimmee, a record result for a single auction