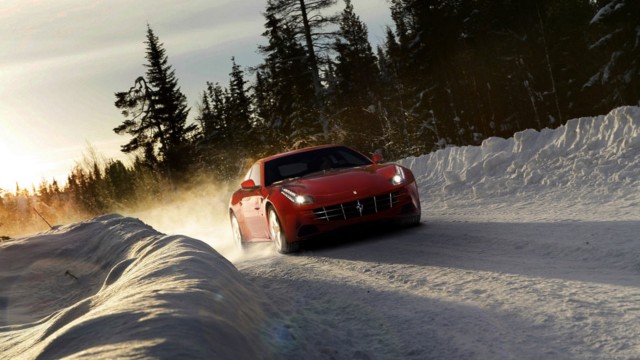 Sergio Marchionne, CEO of Fiat Chrysler Automobiles, confirmed to Bloomberg on Monday at the New York Stock Exchange that Ferrari will indeed make an SUV.

The Italian supercar maker is “beyond considering an SUV” and production volume will be decided in the next 30 months. Marchionne told reporters volume will be limited to preserve exclusivity, which has always been a concern of those in charge of the Prancing Horse.

In August it was reported that Ferrari will share a new five-year plan in the first quarter of next year laying out the brand’s intentions through 2022. At the time it was reported that the SUV would be a four-passenger vehicle and it would be part of an expansion effort to double profits by 2022.

While confirmation that a Ferrari SUV is coming might be news, the brand’s been considering the idea off and on for nearly a decade. Even though Ferrari downplayed the idea back in July, it was becoming clear that the brand might just join the high-riding craze after all.

When longstanding Ferrari chairman Luca di Montezemolo was on his way out back in 2014, he committed that it would remain business as usual in Maranello. What that meant was rumors of Ferrari suddenly boosting production volume to raise profits, and potentially hurt the brand’s sacred exclusivity, were false. Both Montezemolo and Marchionne dismissed talks of expanding into new vehicle segments by saying Ferrari would continue “to make two-door sports cars not SUVs or four-door cars.”

With Lamborghini on the verge of launching its own crossover SUV, the money-making apple tree must be too much for Ferrari to ignore obvious market trends.

Stay tuned for more as the story develops.