Cheech and Chong’s Love Machine, back and better than ever 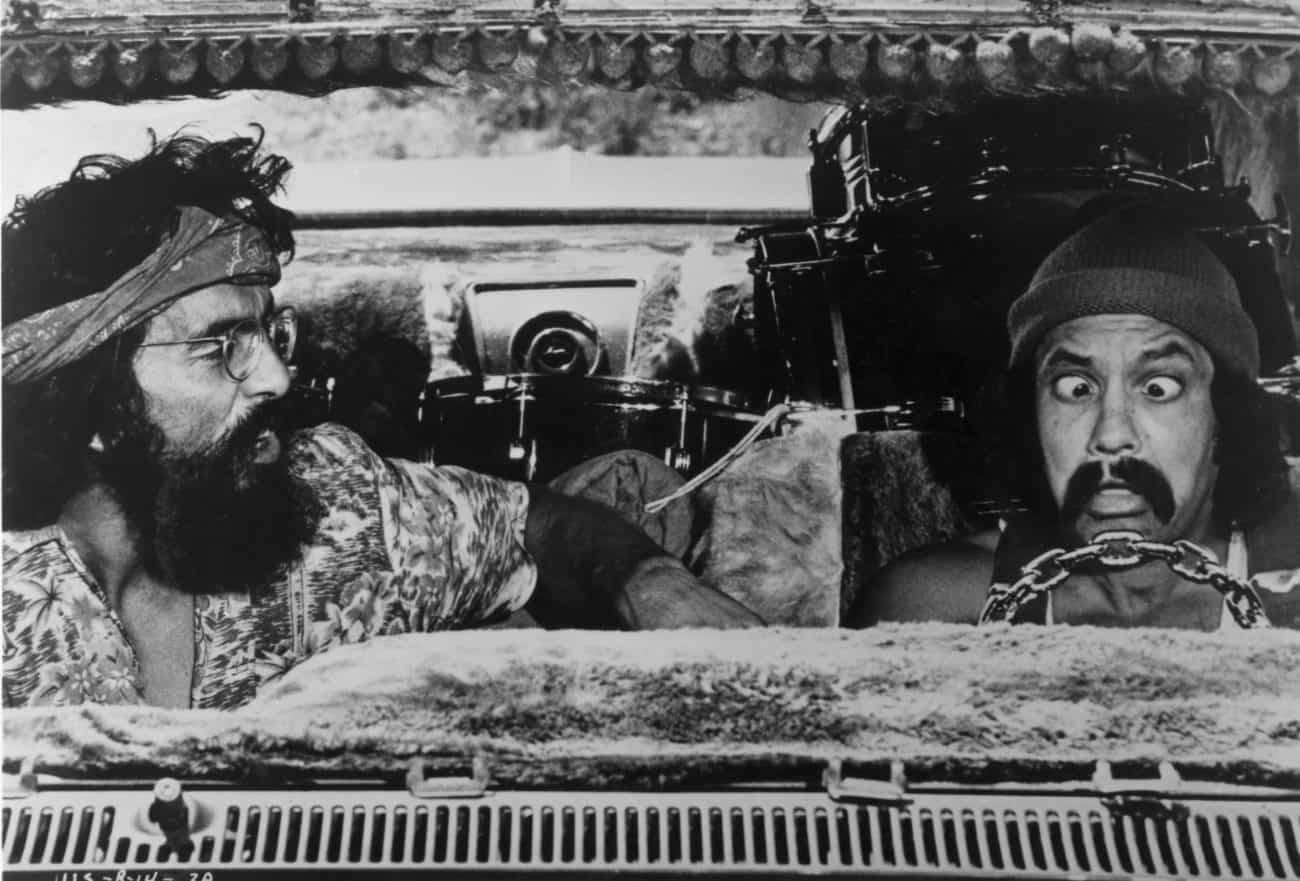 Little did Steve Kimmel know that accepting a job as a production designer for a Hollywood documentary on the comedy duo of “Cheech and Chong” would result in building a memorable keepsake – The Love Machine.

Let’s get things settled from the start. When somebody sees Kimmel’s 1964 Impala Super Sport for the first time, one of two reactions will occur. The first will be “what the …” and visioning what could be done to customize the Chevy. Others will grin and say “right on” and acknowledge that Kimmel nailed the recreation of the iconic car from Cheech and Chong’s first comedy movie, “Up in Smoke” 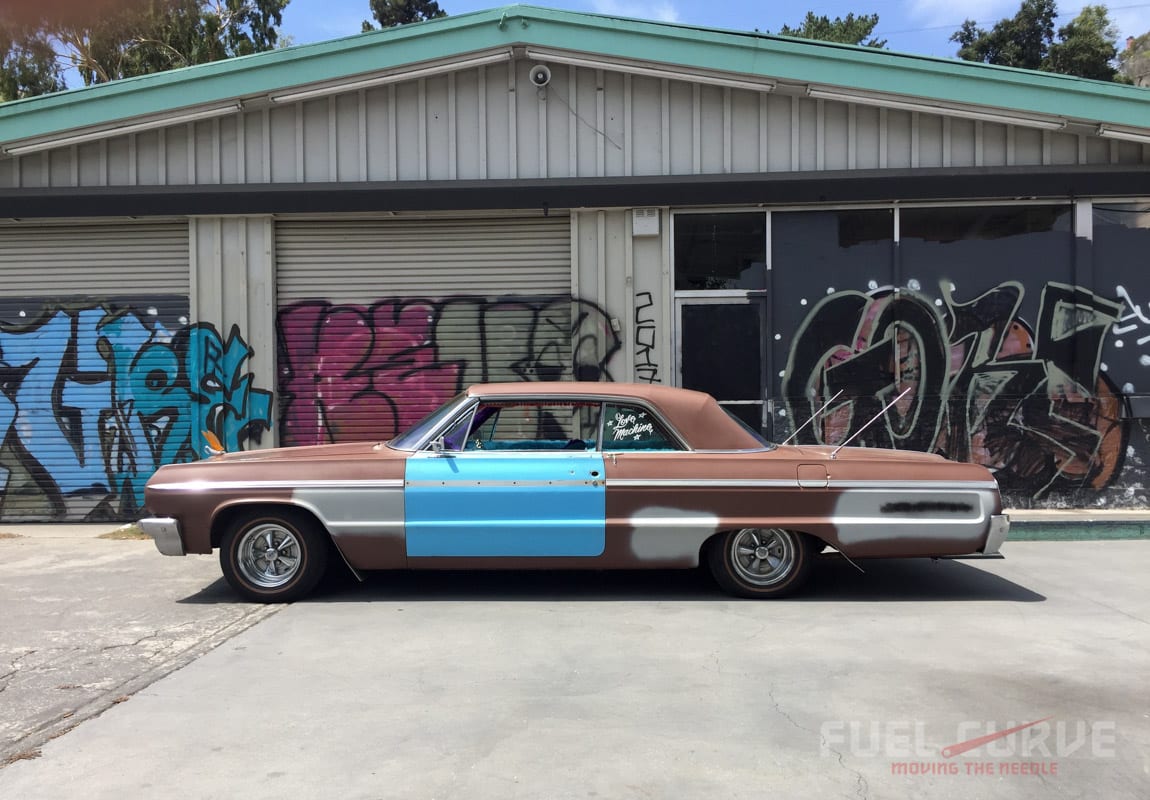 Cheech Marin and Tommy Chong were a counter culture comedy duo that made several comedy albums (remember those?) and then starred in a movie “Up in Smoke”. The movie focused on smuggling some marijuana into the US and featured Marin driving the Love Machine. Kimmel figures the Love Machine was featured in about 20% of the movie. While working on the documentary, Kimmel wondered what happened to the original car. He never was able to discover how it was disposed of, but guesses that after the movie finished production, it was sold off. For all we know it might still be cruising the Los Angeles streets under some other colors. Kimmel had access to the archives of Lou Adler who directed the film, discovered the comedians and also was a famed music producer for groups ranging from the Mamas and the Papas, to Jan and Dean. It turns out that no still photographs or design notes on the Impala could be located. So Kimmel had to rely on notes he took while watching the movie to help him keep the car authentic. Kimmel found the 1964 Impala on the Internet and it was in decent shape but had its own patina. He opted to install the legendary 327c.i. V8 in the car, although in the movie the hood was never up to verify what was powering the car. Kimmel added there are four or five different primers on the car as the coloring changed during scenes in the movie. Cragar’s were a natural look for the car. Kimmel used his 25 years of art experience to help shape his vision of how the car should look. He was surprised how many of the parts he needed could be found on the web. A good “car guy” friend was constantly calling him with another “find” that made it easy to recreate the car. The vinyl graphic is available on-line as well as that unique California license plate. Kimmel talked a Hollywood friend into doing the interior.

All in, it took Kimmel about six months to recreate his Love Machine. He did it because it took him back to things that impacted his life. He says the car is instantly recognizable and gets attention wherever he goes, noting “it gets a lot of attention and love.” Unfortunately the documentary stalled out and never was finished, but Kimmel ended up with a great lasting memory from his work. This article, written by Mark Bach and was originally published on Fuel Curve.