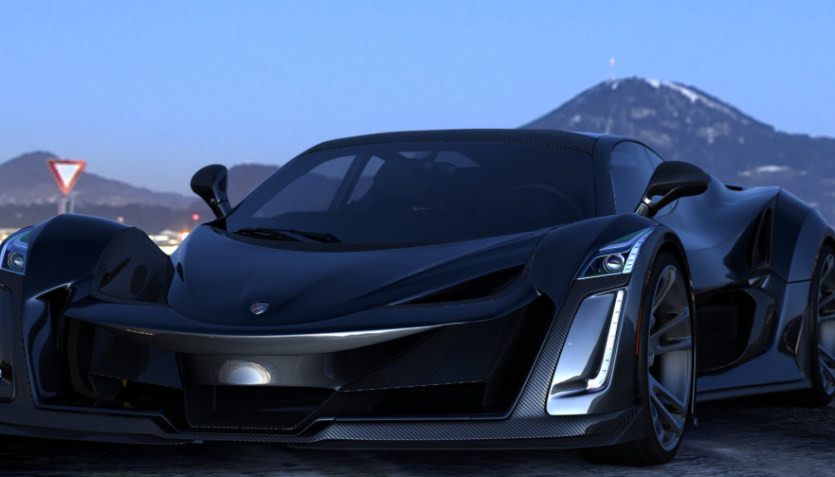 The car is the Anibal Icon which is promised to deliver 920 horsepower and a 0-60 mph time of 2.4 seconds. Such numbers would make the Icon the fastest accelerating car in production.

Right now, the Icon consists of just a series of teasers. It’s still in development and Anibal hasn’t said when production will start…if at all.

Anibal is a company that normally tunes Porsches and this is reflected in the fact that the icon is based on a donor Porsche 911 chassis, a Porsche 911 Turbo S to be specific.

The body is bespoke, with only the taillights giving away the car’s more humble roots. It’s hard to guess there’s a 911 under there because even the standard doors have made way for a gullwing pair. The curb weight is said to be around the 3,400-pound mark.

If all goes to plan, Anibal will build 50 examples of the Icon. The company is also promising a more extreme example dubbed the Drastic edition. Just five of these will be offered. No word on pricing for either version has been announced.

Anibal wouldn’t be the first to use a 911 as a basis for a supercar. More established tuning firms such as Germany’s 9ff and Ruf have shown impressive machines based on the 911. More recently, W Motors started production of its own supercar, the Lykan Hypersport, which also uses 911 running gear.

This article, written by Viknesh Vijayenthiran, was originally published on MotorAuthority,an editorial partner of ClassicCars.com.