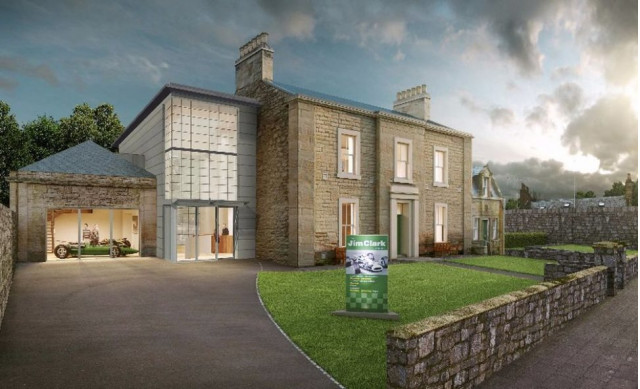 Race car drivers know their own kind well. Many drivers consider Jim Clark to be the greatest—or at least among the greatest—drivers of all time. We don’t disagree.

Now, others may get the chance to understand his talent.

Born in 1936 in Scotland, James Clark Jr. was the youngest child in a farming family. He didn’t stay on the farm long though—racing was his calling.

Clark starting racing in the 1950s. He immediately starting winning and caught the eye of Lotus boss Colin Chapman. From there, Clark dominated his sport.

Clark could jump in any car and turn competitive laps. He competed in British touring car, rally, NASCAR, and sports car races during his professional career. He was a favorite among his peers, and he was one of the best. Clark died in a crash at Germany’s Hockenheimring while running in a Formula Two event.

Today, there’s just a one-room museum honoring Jim Clark in Duns, Scotland. The Jim Clark Trust has been working hard to secure funding for a proper museum and along with help from competitor and friend Jackie Stewart, who serves as honorary president of the trust, this project now has the money it needs to turn a single room into a full facility.

There will be cars, trophies, memorabilia, and all the other items needed to tell Clark’s story. Additionally, there are plans for a cafe and a gift shop. Down the road, the trust may add a car restoration shop and a driving route to accompany the museum.

This article, written by Jeff Glucker, was originally published on MotorAuthority,an editorial partner of ClassicCars.com.