Ephraim Hillclimb steps back in time, but does it have a future? 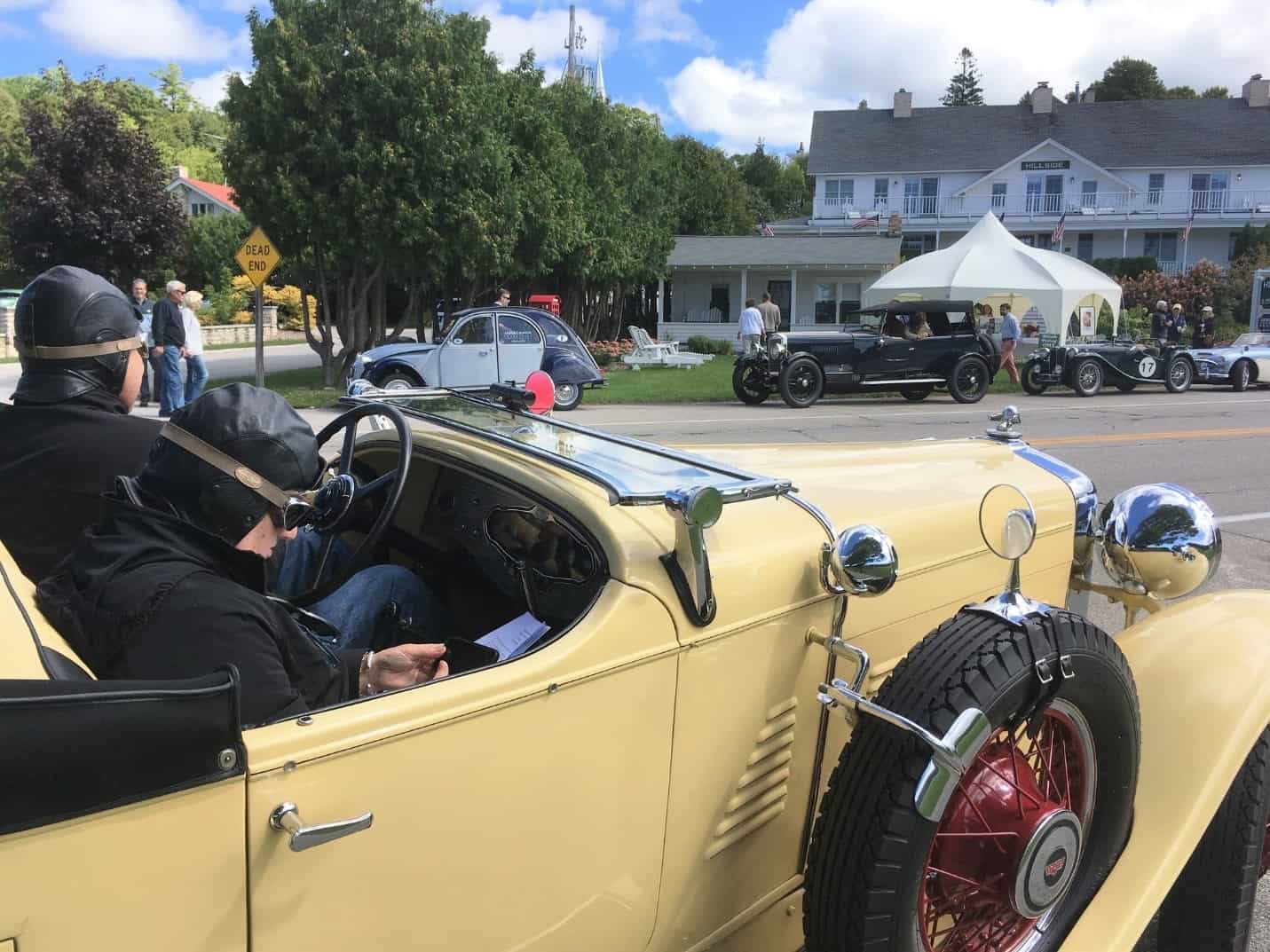 “Traditional” is an overused adjective, but in the case of the village of Ephraim, Wisconsin, it truly applies. The village was founded in 1852 by Norwegian Moravians and things have been slow to change. It wasn’t until last year that the village allowed alcohol sales, but on a trial basis. It’s to be expected that any motorsports activity in the village would follow traditional themes.

The third annual Ephraim Hillclimb oozed tradition when held one recent weekend. The three-day event offered classic and vintage sports car owners a tour, hillclimb and concours in the Great Lakes peninsula nicknamed “The Cape Cod of the Midwest.”

The driving tour on a Friday took in art galleries, boutiques and wineries the length and breadth of finger-shaped Door County. As with the famous Pebble Beach Tour d’Elegance, participants accrue points toward the concours.

The tour was incident-free except for some overheating issues on Robert Hawley’s 1960 Fiat Multipla, which introduced just enough adversity to rally the assistance of the other drivers and to make for animated conversation at the elegant Stone’s Throw Winery.

Hillclimb preparations Saturday morning closed Church Street, which led directly up the glaciated bluff from the waterfront Village Hall. Jersey barriers were erected on the ¾-mile course and were disguised with period-appropriate hay bales. SCCA corner workers in safety gear lined the hill.

The event began with six escorted parade laps of the run, which served as an opportunity for the estimated 4,000 spectators to view all the cars in motion while familiarizing the drivers with the winding, uphill course and forested return route. It also helped to burn off any excess adrenalin; the course was fast and curvy enough to be thrilling while being safe.

Runs were not timed, but relied on the good sportsmanship of the driver and the discretion of the course workers to maintain safety over speed. Fortunately, there were no incidents apart from a few small mechanical issues.

Following the hillclimb, David Cooper of Cooper Technica in Bristol, Wisconsin, spoke about the early days of Porsche sports cars, subject of his forthcoming book. After the lecture, the historic Village Hall was transformed into an evocative dinner and dance party, featuring a big band and wonderful period attire, circa 1946.

The goal of the event organziers is to become as historically immersive as the Goodwood festivals in England.

The concours Sunday morning straddled the green space around Eagle Harbor, just across from the Ephraim Village Hall. What the concours lacked in quantity, it made up for in variety, with not one but two Amphicars deciding to go in for a dip in Lake Michigan via the nearby marina. The skipper of one motored by a pier full of onlookers, deadpanning, “Pardon me, but do you have any Grey Poupon?”

On land, Bob Lederer’s 1926 Sunbeam 3.0 Liter SuperSports took Best of Show Pre-War, having no doubt impressed the judges with the previous day’s climb. Best of Show Post-War went to a 1958 AC Bristol owned by Douglas Stuart, a much-admired car amongst all the participants.

However, as successful as the three-year run of this event has been, its future is in doubt.

“Our contract with the village is up, so it’s wait-and-see,” said organizer John Baker Welch. Additional funding is being sought from local businesses and innkeepers or a larger corporate sponsorship to continue.

It is very telling of a locale – be it Key West or Carlsbad – when residents make it a point to set their watches for sunset, and gather outdoors as these participants did for a toast in the waning light of day over Eagle Harbor. Truly an elegant motorsports event, wrapped around an elegant vacation. We hope it continues.